This is the fourth in a series of blog entries about the songs on the upcoming album “Hello Cruel World”, to be released January 2012. Originally posted at www.gretchenpeters.com/blog.

Took a freeway out and some buildings down

Well I’ve never felt the earth move under my heels

But I got a pretty good idea how it feels

Flood, fire, earthquake, hurricane, tsunami. We go from calamity to calamity. Hello cruel world. Meanwhile the world spins on, unconcerned, deaf to our questioning. Why is this happening? What does it mean? We seek explanation, we blame God, we blame each other, we blame the Other. We look for signs and portents. To infer meaning from random events – it’s hubris, it’s human. Does nature make mistakes? Does God? Is it possible that none of it means anything, or more probably that the answer is so far beyond us that we can’t comprehend the question?

We build our houses on fault lines; we give our most vulnerable selves to each other – and sooner or later disaster strikes. Keep your heart and your door closed and you may be able to avoid pain, but you never feel the wild aliveness of the world. Open your heart and you risk it all. Love is a natural disaster.

They say it was a miracle no one died

Love takes everything in its path

And leaves you breathless in the aftermath 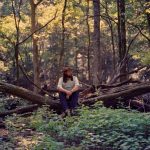