First, a practical question: Has anybody heard anything about a new Patty Griffin album.  I’ve heard nothing, but I just saw this on Patty’s Facebook page about the forthcoming Cayamo music cruise:  “Hey Cayamo cruisers! Patty will be playing some brand new songs on the ship!”  I have no inside information, but typically new songs mean a new album is on the way.

Which brings me to musing the remarkable streak Griffin has been on.  Before last year’s Downtown Church, I had thought she was on the strongest streak of three records that I could recall with Impossible Dream, 1000 Kisses and Children Running Through.  Each of those albums was notable both for the exceptional quality of the songwriting (three albums without a single throw-away song) and for the evolution of Griffin’s voice, which was always strong but that seemed to evolve, with each new album, into an ever-more potent instrument.

In the meantime, her stature as a leading figure in the alt-country/Americana world seemed to mushroom.  She seemed to be selling out medium-sized venues (which was certainly the case when I saw her in Madison, Wisconsin two years ago touring for Children Running Through).  And even then, unlike many of the performers we discuss on this site, she had a full-fledged tour bus, which obviously isn’t an inexpensive venture. It strikes me that she may well be becoming the next Emmylou Harris not just in terms of her commercial success but also in terms of her influence and ability to help other artists and to widen the appeal of Americana music (obviously, it’s no coincidence that Robert Plant chose her as one of the centerpieces of his Band of Joy).

Then, last year came Downtown Church, which, as a gospel album, was quite different than the previous three. Initially, I was underwhelmed since I tend to not care for cover albums and a little gospel goes a long way for me.  But the two songs on the album that Griffin wrote were as strong (if not more so) as any songs on the proceeding three albums.  They were, frankly, more like regular “Patty Griffin songs” with a spiritual spin than flat-out gospel songs.  By that, I mean that her songs tend to focus in on one clearly defined area of the human condition — and typically of human sorrow — in the most astute and clear of ways that bring into focus the universality of the subject of the song.

Then, the more I listened to the album, the more it struck me that, even though she was covering old spirituals, they, too were presented as “Patty Griffin songs,” illuminating some aspect of the human condition, of the ups and (mostly) downs of human life rather than focusing on religion.  In other words, even the more traditional spirituals on that album were big enough to be spiritual in the broadest sense of revealing something bigger than ourselves, something we can all relate to.  They were sung with great respect for Christianity, but they were also much bigger than that.

So, I came to believe that Griffin was on the strongest streak of four albums that I could remember in our corner of the musical world.  That, to my mind is a hugely remarkable feat.  In another thread, for instance, we are discussing whether Lucinda Williams’ most recent albums stood up to Car Wheels (my opinion, and that of some others, was a strong “no”).  So even an artist as gifted and highly visible as Williams arguably can’t match the streak Griffin has been on.

So besides asking if anybody has heard anything about a new album from Griffin, I’m wondering if my sense of Griffin becoming a major force with four extraordinarily strong albums in a row is just me, or if others are thinking along the same lines.  Personally, she is clearly in my top five living and active songwriters and easily somewhere in my top ten singers.  And what other artists have had such a strong streak? I’m curious what others think. 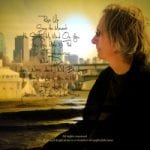