“The musicians in Moonsville Collective know their songs are always coming up through the landscape–the tradition. They negotiate their way through the ghosts of American history. That struggle we all feel fighting against the isolation of the rootlessness in an age of anxiety.”

“Stories from the Ground,” Corey Adams
It‘s hard to describe Moonsville Collective. Calling them a record label seems reductive. Too wheeling and dealing for what Moonsville is all about.
In print they describe themselves as “the music collective of Ryan Welch, Corey Adams’ Rabble Family, Yo Pitzy Jug Band and T.W. Hill.” But going to one of their shows in the L.A. and Orange County area (which you can do most weekends now) demonstrates something more fluid than what you can get at on record or in a description.  If you just listen to a few of their recordings though, you will most likely start rearranging your calendar to attend the next one.
My first encounter with the group came through an introduction by T.W. Hill. I attended three of the collective’s shows, back before they named themselves Moonsville, and each night these boys put on a show that blended one performer’s act with the next.  One musician or band will hold center stage for a bit and then quietly step back and play bass (or rhythm guitar or lap steel or harmonica or whatever’s necessary) without any notice. They never let the songs skip or stall in transition, because they don’t need to brief one another on how the next song goes. In a certain sense all of their music belongs to the collective.

They have put in their dues, and it’s finally paying off in the form of nonstop shows in the greater Orange County/LA area, making them high in demand as one of the most exciting roots/Americana groups in the City of Angels.

This success directly links to the intoxicating effect of the community atmosphere these performers cultivate. You get to hear and see a music that emerges out of a group of artists who live and pick and sing and think and drink and eat and pray and swear together. These performers have their own separate albums and releases, but where their individual projects start and the other artist’s performances begin becomes difficult to say because they are constantly involved in helping refine each others’ tracks.

Their music brings up forgotten feelings of where you came from. Sometimes it’s not even something you can trace directly. If anything, their music is the tightrope of the modern man who’s tired of trading his soul around in the marketplace and wants to find something more tough and sharp to feel; something that makes sense and doesn’t crumble in these cold times of screens, digits and paperwork: our new dark ages.

Moonsville shows work on a different logic altogether. A whole different and refreshing approach to the performers’ relationship to the community, where their energy depends directly on the communal atmosphere their shows create. Everything about this group refuses separation and insists on community, rootedness in the musical and physical sense.

Yo Pitzy Jug Band singin’ about that ol’ “Graffiti Train”

Moonsville quickly made their name worth remembering in the Orange County and LA area, precisely because they know how to straddle contradictions inherent in American roots music. They’re writers and performers rooted in the past but also finding themselves kicking around sidewalks of modern streets and bright lights, supermarkets and cars with cracked windshields. Their music allows the listener to slip into the strange but familiar worlds the songs create.

The musicians in Moonsville know their songs are always coming up through the landscape–the tradition. They negotiate their way through the ghosts of American history. That struggle we all feel fighting against the isolation of the rootlessness in an age of anxiety.  Although nobody knows what you’ll find in the past, and exactly how the work will be received or will play out. But the artist does it anyway because it’s the only thing that he feels he can write and sing in this broken world. Therein lies the thrill of it all: a group of original artists so invested in the tradition that they determine to further uncover the strange, gnarled and necessary truths entangled in their roots. And buried in history, Moonsville finds hope, decay, dancing, and death, and that all these things are inextricably knotted up together.

If you haven’t made it to a show yet, or you don’t live anywhere near Los Angeles, don’t worry too much about that.  At the rate that Moonsville’s demand increased this last year, I’d like to hope that they start taking this unique brand of raucous blues parties meets Sunday revival picnic to your tri-county area soon.

I ran into Seth Richardson of Moonsville a few months ago down at the off-track betting spot on Figueroa. When I asked for his take on what they’re trying to do, he gave me this: “We are simply trying to bring light to traditional sounds from that past…I heard something about folky sound and that it’s supposed to be making hits right now, and  I don’t know too much about those bands. The truth is we will be playing this music together and drinking cold beer until the day we fly away.”

FIND MOONSVILLE’S MUSIC AND SHOW INFO ON THEIR BAND PAGE

For some words and ideas on the T.W. Hill, member of Moonsville click here. 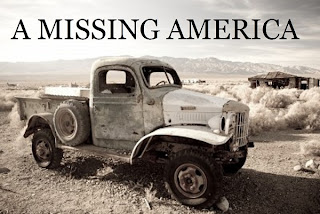