This retro recording thing. It’s pissing me off a little bit. Why would you spend all that time and money on accumulating ‘vintage’ equipment and spend so little time on writing good songs? A lovely sounding but empty record will never been listened too more than once.  Style over content. Ugh.

When I read the accompanying blurb for the Sweetback Sisters new release ‘Looking for a Fight’, my back was already up before I’d finished unwrapping the plastic. “Cut to analogue tape” and “using old RCA Ribbon mic from Columbia’s studio” didn’t sit well with me – I have to say, I was preparing for the worst.

But it’s absolutely fucking great! This, their 2nd album blew me away.  They have that retro sound with all the slap-backing tremelo guitar and close harmonies that would blend right in if you turned on a radio in Nashville in about 1950 but where most bands go wrong with the ‘vintage thing’ is they have the chops to back it up. Musicians and bands, in the ‘good old days’ of country music toured like crazy. They were always on the road. They were so tight that when they went into the studio they could nail a song in one or two takes. And that’s exactly what the Sweetback Sisters have done. They’re so damn tight they’ve actually managed to capture the holy grail of recording on a budget.. the ‘live feel’. Something you just can’t get with a hundred overdubs.

And the other thing that makes this record just about the best one I’ve heard from New York this year, is the songs. Witty, ironic in places, they’ve got a great variety of well written tunes. ‘Home’ is a magnificent ballad picked out simply on guitar; backed with bass and drums. Beautifully crafted with the perfectly matched vocal harmony of Emily Miller and Zara Bode. This track stand out for me.

They’ve got some real fireworks in here too: ‘Rattled’ is an Sun Studios Rockabilly number that could have been written by Carl Perkins or Roy Orbison.  And the 60’s pop, mariachi infused ‘Texas bluebonnets’ really whips along. There’s western swing too in the ‘off the radar’ Patsy Kline song “Love Me, Honey Do’.

This bold album succeeds in all the ways it was imagined. Bloody good job.

Born and bred New Yorker, George Gilmore’sgot some great songs on his new release ‘I am a Weed.’ Witty and nostalgic some times dark and cruel. The song itself: ‘I am a Weed’, is a good introduction to George’s irreverent style. 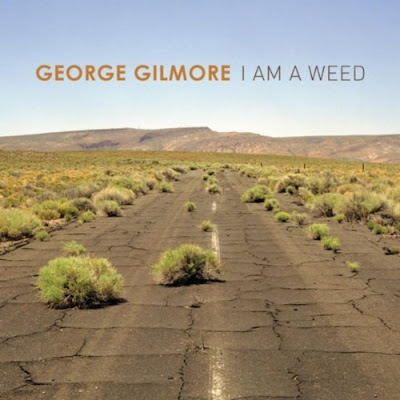 With his rich and sometimes fragile voice, he sings us a slightly sinister tune about the gardener’s futile struggle against nature:

“You win the fight /but not the war/ when the morning comes/ they’ll be many more.”

From there it gets darker in ‘Torn Down’ A beautifully sparse song – just voice and finger-picked steel guitar in a big empty room:

“Harsh weather has dulled your shine the last few years haven’t been so kind/ the architects have made new plans /there’s a freeway going where you stand.”

A metaphor for the ravages of time and fast living. If there’s a theme running through these cuts it’s about time passing and the things we regret. But it’s not without lighter moments such as recalling a missed childhood baseball catch in “Lost in The Sun.”

George has a nice feel for the Nick Lowe style of songwriting. Everyday themes worked into simple acoustic arrangements with the benefit of some organ and electric guitar. It’s a good mix of blues, rock and folk and there’s even an atheist’s gospel song!

I know George well enough to call him a friend George and he’s got some great musicians backing him up here. Charly Roth (who also produced the album) and Adam Roth on guitar help the whole thing come together. Charlie Giordano from Bruce Springsteen’s ‘E’ Street Band and bass player Scott Kitchen do good work here too (but I would say that, George borrowed Scott from my band ‘Thee Shambels.’!)

Trailer Radio’sfirst album has a different theme that of good old fashioned hometown rockin’. Shannon Brown, the band’s enigmatic lead singer who appears on the  sleeve as a sort of redneck soccer mom has a belting vocal and a crew of deadly shit kicking musicians. I’ve said it here before but this band produces some of the funniest and punchiest country music in Brooklyn. ‘I’m not leaving, I’m just Lookin’’ expounds on the joys of window shopping:

“Us ladies like our men/ in tight fittin’ faded denim/ it’s a sight for wandering eyes.”

Sitting down squarely and heavily on the dreary banjo muddling of our Williamsburg hipster neighbors, Shannon and the boys make no apologies for their songs about unfaithful husbands, getting old and bar room flirting. They blast it out like they just don’t care (because they don’t). I wish all country radio sounded this good.

In Michaela Anne‘s first full length release, her wispy and heartbreaking clear voice is layered so gently and with such confidence over you’ll be surprised that she was only 24 when she made this record. Shes got a smoky and rich voice that comes across perfectly on ‘To Know Where’. A terrific collection of bluegrass, ragtime and soulful folk songs. Michaela’s been singing on scene here in New York for a while and if you listen carefully you’ll hear her on a lot of Brooklyn Country releases but here she gets room to really soar. A good place to start is the song ‘Pardon’. The sadness and longing opens quietly and builds into a big wailing chorus of tragedy with a superb squealing steel guitar solo from Raphael McGregor.

On the cut ‘Taken Away’ Her voice punches out her vocal is snappy and intense and takes her album to another level. A song about living life to it’s fullest before we die it features a couple of  superb instrumental breaks. It’s a rollicking bluegrass belter.

The title song “To Know Where” is gloriously soulful and triumphant. Her voice full of the confidence and optimism of a woman who knows what she wants and how to get it. “To know where I’m going/gotta know where I’m from.”

Backed up by solid musicianship and a skill only learned from playing live these four collections of inventive and catchy songs are a good indication that country and roots music in New York has come of age.

Neville Elder is a photographer, writer and leader of the folk rock band ‘Thee Shambels’. He lives in Brooklyn with his cat Cato.

*Michaela has a brand new free song available on her website here.