The best popular music of the last century has come with a built-in memory of what’s come before. The most common metaphor that’s been used is roots. That is – something dug deep in the earth. While this isn’t exclusive to what’s being labeled as American roots music, the artists who have made the greatest impact in defining the genre have done so on the shoulders of great artists of the past. As they should.

In the case of Melody Walker, the roots run deep and the resulting branches reach high into the clear skies of American music. A graduate of Humboldt State University, Walker is, at 27, already a veteran of world music. With a major music project, AkaBella, and an a capella world-fusion group already under her belt, she

has experience that defies her age. Now collaborating with Virginia native multi-instrumentalist, Jacob Groopman, she has returned to her Americana roots with the debut solo album, Gold Rush Goddess.

An album to be reckoned with among the often homogenous and bland niche-heavy duo recordings in current release, it is at once pop-infused with an often solid funk groove that gives way to some well-crafted folk and bluegrass strains and well-crafted melodious, lyric-driven songs. If a glance at the common acoustic duo model of a soulful girl vocalist with a skilled instrumentalist such as the one pioneered by Gillian Welch and Dave Rawlings, causes the music to be written off as another imitation, then one will be missing out. Walker is Gillian Welch on Prozac. The music is shot through with joyful diversity, fresh original songs and an attitude that is unafraid to try something new on every track. Gold Rush Goddessis easily one of the strongest Americana releases of 2012.

Walker, like most in the generation of Americana artists hitting their late 20′s and coming into their own as writers and musicians, points to The Beatles as inspiration. And the first exposure, as is typical, came from her parents. But beyond just helping shape her tastes with the records of others, Walker also points to her father Brian as a major influence. A man who she credits for her strongest roots in music.

“My dad was just a working class guy all his life. But, he always wrote songs. He was my inspiration,” she said, continuing, “Jacob and I opened for Darrell Scott the other night at a house concert in Oakland. He talked about his dad as a working guy who also wrote songs. It’s the same for me.” 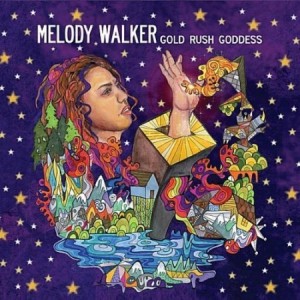 When it comes to her childhood, she speaks without regret. And with pride in her voice, she explains, that while most kids talk about going to summer camp as kids, she spent hers attending the Strawberry Music Festival, where she ran wild as her father jammed bluegrass. But as a founding member of the group, The Hopeful Romantics, Melody explains that his goes beyond just bluegrass, writing songs ranging from Americana, to pop and rock. His impact on her music, clearly reflected in her style.

But the most striking thing about her album, is the variety of themes from the femme fatal, starting with the title track and leading up to musings about the end of days on “Not Today,” while the ironic song, “Gotta Write Love Songs,” is a complaint about the ‘obligation’ to write love songs. “Stars Align,” another instance where her dad came through. It is a sweet love song, penned by Brian Walker that fits Melody well.

And just as her influences have been untypical, so was her pathway to learning guitar, an instrument she began playing during the critical middle school years when she was diagnosed with scoliosis. Before this, she was not interested in guitar. Piano was her main instrument. Since she had to wear a back brace, she decided to pick up the guitar. This was during the days of the angst-ridden female singer-songwriters, like Jewel and Ani Difranco. Influences that helped begin Walker’s prolific songwriting life.

“I thought to myself, I can do this angsty-girl thing. I can have an alternative female voice. I identified with the sort of ‘Lilith Fair’ crowd,” she explained.

Destined for a life of prolific songwriting, Walker’s musical growth continued in college. Her years at Humboldt State University helped introduce her to world music. As she diversified with AkaBella and percussion groups, singing and dancing to world-fusion music, her calling began to unify through the music of her roots and her love for the music of her childhood. A chance meeting with someone else who shared that passion was also pivotal. 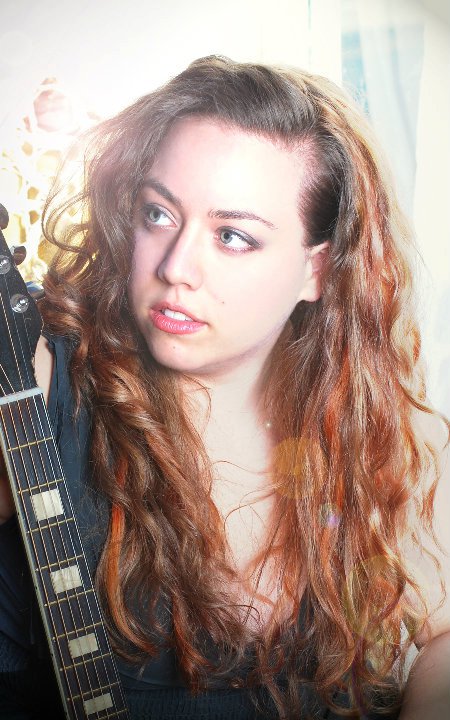 As I explored the folk music around the world, even traveling to India and Brazil, I began to further appreciate the musical roots I had in America. I decided to dig deeper into my own folk music. It showed me you’ve gotta travel far away to appreciate where you come from,” she explained.

Then came her meeting with Jacob Groopman at a local gig with Albino, which was yet another, fundamental turning point in her musical development. Groopman, who had a degree in Jazz guitar and studied with Mike Seeger, important in Meldoy’s unique, but distinctly American sound.

“He adds the roots to the music and he’s a great picker,” she said.

Still, as a lifelong songwriter, Melody Walker has decided not to limit herself to Americana music. Even with the accessibility of Gold Rush Goddess, some music outlets have found the album ‘too twangy’ for mainstream airplay. This is an odd complaint for an album as diverse as this one.

Of course, much is to be made of instrumentation in today’s music market. When someone hears a sax, it’s jazz. When they hear a mandolin, it’s folk. Walker agrees.

“One of the local stations, KFOG is putting out a CD compilation of local music. They chose the one song on the album where you can’t hear a banjo, ‘Gotta Write Love Songs’. Still, other stations prefer the bluegrassy tracks,” she said.

But, as her album already suggests and as she said, Walker won’t be tied down or limited by any one genre. Her ultimate goal is to keep building on the sound her and Jacob have created and to produce great albums.

After only a brief two years, this year is looking bright for upcoming gigs for the duo. She will be playing at L.A.’s premiere showcase club, Hotel Cafe on Saturday, June 30th at 7pm. 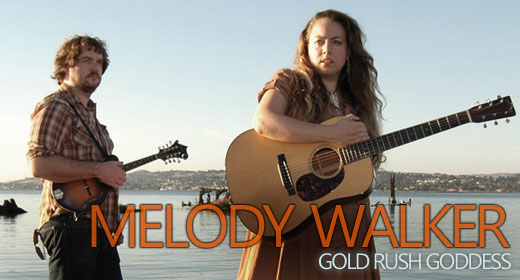 That will be followed by tour of Alaska that will include a full band. Her studio plans include a live album to be recorded at Freight & Salvage in Berkeley, California in the fall and a new studio album planned for a 2013 release. If the past is any indication, Melody Walker will continue to make engaging music that will go a long way toward helping to define and perhaps even redefine Americana music.

Melody Walker is making an album