Mary Chapin Carpenter and Shawn Colvin have been friends for many years and I recall seeing them way back when, when Colvin was the opener for Carpenter. Since that time their friendship has developed through a shared love of music and opportunities to sing and play together, sometimes on each other’s albums but mostly privately. It was this that helped cement thoughts that perhaps they should go out on the road jointly and play the songs they adore, to their fans – and so it was that this short acoustic tour came to be.

Two consummate singer songwriters, on a darkened stage adorned with five acoustic guitars, a couple of chairs and a music stand all augured well for a night of music, stripped back of any unnecessary embellishment.

Opening with Donovan’s Catch The Wind the audience got a sense of what was to come as Carpenter followed with Chasing What’s Already Gone and then Colvin sang Trouble. They more or less alternated singing their individually penned songs; Carpenter’s were mostly from ASHES AND ROSES whereas Colvin delved deeper into her back catalogue. Generally one would sing, the other would sit it out. They did occasionally lend voices to each other’s songs but at any one time there was only one guitar being played. This resulted in an inordinate amount of attention being devoted to manual tuning (particularly by Colvin) and trying to punctuate these gaps between songs with banter about middle age, loss and divorce didn’t really work for me. In somewhat confessional mode, these interchanges lacked any real conviction and I fidgeted in my seat thinking ‘just get on with the singing’ more than once.

They did join together well on the cover songs – Paul Simon’s Only Living Boy in New York, Neil Finn’s Four Seasons in One Day, Steve Earle’s Someday and a rarer Beatles’ song I’ll Be Back, the latter in deference to a tweeter who had called Carpenter ‘an honorary Brit’.

The one hour and forty minute set finished with one of Carpenter’s immediately recognisable songs The Hard Way and quite a large contingent of the audience gave them a standing ovation. The pair returned for a five song encore including what for me, was the undoubted highlight of the show, Colvin’s interpretation of Greg Brown’s One Cool Remove. They closed the evening with Lefty Frizzell’s That’s The Way Love Goes.

Having enjoyed seeing both of them on previous occasions, going back at least a couple of decades, I left this show feeling underwhelmed. I can’t quite put my finger on why I thought the pairing of Carpenter and Colvin didn’t ‘gel’.  I couldn’t connect emotionally with them (I’ve previously sat at a Carpenter show with tears streaming down my cheeks) but I think that I was in the minority. Sometimes that’s just the way it goes. Jela Webb

Set  List:
Catch the Wind (Donovan)
Chasing What’s Already Gone – MCC
Trouble – SC
This Shirt – MCC
Only Living Boy In New York (Paul Simon)
Diamond In The Rough – SC
What To Keep and What To Throw Away – MCC
All Fall Down – SC
I Have a Need for Solitude – MCC
Change is on the Way – SC
Four Seasons in One Day (Neil Finn)
These Four Walls – SC
Someday (Steve Earle)
Don’t Need Much to be Happy – MCC
Round of the Blues – SC
The Hard Way – MCC
Encore
I’ll Be Back – (John Lennon and Paul McCartney)
One Cool Remove (Greg Brown)  – SC
Shotgun Down the Avalanche – SC
Transcendental Reunion – MCC
That’s the Way Love Goes (Lefty Frizzell and Sanger D Shafer) 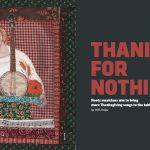 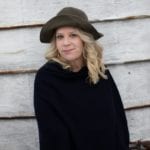