Since Neko Case it’s been hard to find a woman on the country scene with such honesty and passion, that is until Lydia Loveless surfaced. Loveless was raised in a small Ohio town, in a house that was no stranger to touring musicians. Her father, an owner of a country music bar, would invite the talent to stay overnight before heading out to their next stop. However, the 21-year-old emerged into the punk scene before finding her distinct sound on the alt country circuit. These roots are evident in Lydia Loveless’ debut, “Indestructible Machine.”

In a recent interview with Spinner.com, Loveless said she wanted to make an album that sounded as if the listener was at a concert watching her band. This effect is obvious throughout the entirety of “Indestructible Machine.” From start to finish the sound is raw and flawless. The high energy makes you long for more even after the last song ends.

The album starts with catchy anthems such as “Can’t Change Me.” The album progresses into a variety self-questioning drunk escapades like “More Like Them,” a song that shows her punk roots. Loveless questions why she can’t be like the social ones who go out to drink and have a good time, not sit at home alone drinking wine and feeling sad. However, the personal disheartening questions are masked with an uplifting country twang and action-packed steel guitar rifts.

One of the most simple, but truthful songs on the album is “How Many Women.” Loveless asks the question any woman who has been cheated on wonders- how many women does it take to make a man happy? The song is simplistic and direct about a man who walks out on the one he “loved,” leaving her heartbroken, but further dives into the emotions that occur as a result.

Loveless has a way of speaking on painful subjects, but making them sound happy and inspiring with a classic country twang. Not only is the album a pleasant listen, but it’s an album guys may hate, but all girls can relate to.. especially when they’re contemplating that last glass of wine. Have no worries, “Jesus was a wino, too.”

Personal Quick Hit:  I loved Lydia Loveless’ “Indestructible Machine.” She shows that women can have a good time and be emotional while sharing personal tales. The energy is so high throughout the album that I played it for four hours straight without noticing. 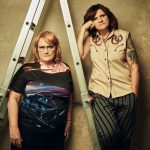 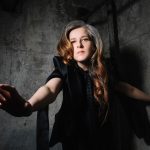