I always thought Sweet Old World never got enough love. While the critics took to it, the newly minted alt-country crowd not so much. Did they want Volume 2 of the Rough Trade album? Was it too well done? Too introspective? More likely it took them another six years to catch up when Car Wheels was released.

Listening to the original, you could almost call it a “folk” album, even though it’s electric throughout, but more for its tone and tenor. This Sweet Old World, on the other hand, has a rocking “blues” sound that Williams has been perfecting these past few years, recorded with her touring band, adding only frequent guest Greg Leisz. I think she looked back at the songs, knowing they did not get their due respect then, and just re-did them. Williams has always been an instinctual artist, and that instinct has been always been on the mark even if it ticked off some folks. During the past few years, I have come to see her as an artist who is more consciously aware – aware of that instinct and aware of how to put it to even better use. That has, to my mind, deepened and enriched her music, and it was pretty darn deep to begin with.

This is not however, the first time she “re-recorded” TSOW. Ten years ago she did live versions in New York and LA that were included in a live ten-CD set. But, obviously, this one is different. TSOW is not a one-off, but rather well thought out, well done by all, and essential in understanding and appreciating Williams, her life, and her music. She includes four other songs she had been doing at the time, and re-writes and renames “He Never Got Enough Love.” Having just seen Robert Christgau, who was the first major critic to embrace Williams in 1988, I’ll repeat his summation in the Village Voice review back then, “A+.”

Gregg Allman did not go gentle into that good night. In his own way this record is a testament that he burned and raved as his long day closed. As with Leonard Cohen, Allman was all too aware of the impending end. However, where Cohen turned inward, Allman went outside himself and, save for the opening track, chose songs by others that expressed different parts of his life, what he had experienced, or what he wanted to serve as a final something for family, friends, and fans to remember him by.  Interestingly, the songs he chose were by contemporaries, from blues legend Willie Dixon to the leader of Allman’s band, Scott Sharrard.

Tim Buckley’s lovely “Once I Was” was written by a young man, but Allman fuels it with poignancy that only years can add.  On the album’s next song, Dylan’s “Going Going Gone,” he lays it out so there’s no doubt what’s going on here. Also included are songs by Jerry Garcia, Lowell George, and little known Jack Avery. Avery’s “Blind Bats and Swamp Rats” was on a 1970 Johnny Jenkins album that brother Duane played on. No doubt it took Allman back to a place and time when the world was young, and when those many roads he would travel had yet to reveal themselves. The album closes with Jackson Browne’s “Song for Adam,” whose lines still resonate some 45 years after he wrote them:  “Now this journey appears before my candle/As a song that’s growing fainter/The harder I play.” And no one can say that Allman did not live and play hard.

It is a bittersweet album.

It has been too long a wait since their last album, but this is worth the wait. They’ve returned with a mature album that’s full of twists and turns and a downright joy to listen to. When I asked member Emily Miller about their throwback sound, she told me, “What we do is look back to the golden era of country music and imagine that the genre took a different evolutionary fork, that the honky-tonk element took over. I feel like we’re actually a very modern band, just on an alternate timeline.” Along that line, the album features unexpected interpretations of Marty Robbins to Gram Parsons, and does them in a way that swings.

But the highlights are the originals, including “I Got Lucky With You,” which Miller wrote for ex-bandmate Jesse Milnes for their wedding. I’ve been lucky as well, as I have seen them as a duo numerous times in the past year years, and they have always done this lovely song. Speaking of Milnes, while he has left the band, several of his songs are on the album, including the title song. Miller told me it came about when they were living in Nashville and Milnes was buying broken fiddles and repairing them – in their bathroom. A friend dropped by one day and asked what he’d been up to. His reply was, “I’m the king of killing time.” That, of course, just had to lead to a song.

Which, in turn, led co-Sister Zara Mina Bode to run across the album cover photograph, “Woman in Cell Playing Solitaire” by  Nickolas Muray. You may not recognize that name, but you have seen his gorgeous portraits of Frida Kahlo. It’s the kind of serendipity that is the icing on this delicious cake of an album.

We take Aussies for granted now in the States, but it wasn’t always that way. Paul Kelly was one of the first to break the barrier and now some 40 years later he has returned with his 23rd album and will be touring the States this fall. His popularity in his own country is undiminished: After Life is Fine was released there, it promptly went to went to number one. Not too shabby, as they say.

While he stays generally within the boundaries of Americana, this album, with a full band, is more rocking than his  recent releases, and, to my ears, is a return to an early sound he perfected with the Messengers. But that does not mean it’s a one-note album, far from it. The opener, “Rising Moon,” sizzles with an R&B groove before moving onto rockers like “Firewood and Candles,” then one of his richest and sweetest songs, “Letters in the Rain.”

The band on the album does more-than-able accompaniment highlighted by sisters Vika and Linda Bull, who supply strong lead vocals. Vika tears up “My Man’s Got a Cold” in a way you never thought possible in this song full of sexual metaphors. Later on the album, Linda goes the opposite direction in “Don’t Explain,” in which a woman tells off a younger lover. Guitarist Ashley Naylor, of several Aussie bands, shines on lead serving as Kelly’s Buddy Miller. I cannot wait for the tour, as the past few times I’ve seen Kelly it’s essentially been solo.

One of my Best Ten albums of last year is only now getting its American release, and for those who do not have the UK copy, you are in for a treat. The US release contains two additional tracks, including an exquisite live version of REM’s “Losing My Religion.” This trio of Amy Speace, Emily Barker, and Amber Rubarth all brought their A game and great original songs to the album.

With only the sparest of accompaniment, their voices blend together as if they are the CS&N of their generation. Their respective songs are as sharp as they pensive. Recorded live in the studio with just a spattering of Nashville’s elite sidemen to add a bit of a backdrop, the record is a pure delight. It is also a fine example of the whole being greater than the mere sum of its parts. Each is an accomplished singer-songerwriter in her own right, and together they are mesmerizing.

In what has to be the original tribute concerts, two shows honoring the father of folk music were held following Guthrie’s death on Oct. 3, 1967. The first one was held at Carnegie Hall in New York on Jan. 20, 1968, and the other at the Hollywood Bowl in Los Angeles on Sept. 12, 1970. While the lineups were a who’s who of folk music (Judy Collins, Loan Baez, Jack Elliott, Arlo Guthrie, Richie Havens, Odetta, Tom Paxton, Pete Seeger, and more), it was made even more notable as it was Bob Dylan’s (backed by The Band) first public performance since the infamous motorcycle accident in 1966.

Originally released on two LPs, Bear Family Records is releasing a deluxe 3-CD set that contains an additional 20 tracks and interviews with Collins, Elliott, Arlo, Country Joe McDonald, Phil Ochs, Paxton, and Seeger. Also included are 240 pages of notes, essays, photos, and reproductions of the concert book along with lyrics and notations. While I still have the original vinyl release, this gem of a set adds so much more detail on a life that was at the foundation of roots music. How much better can you get than Guthrie’s songs performed by the elite folksingers of their day who also had the good fortune to have known him?

Inspired by the original LP release on Goldband Records in 1979, and an expanded CD reissue in 1991, Swampland Jewels is a 19-track compilation of classic Cajun, zydeco, rock and roll, and R&B music from East Texas and Southwest Louisiana that was remixed and remastered from the original studio masters. One of the most vital and important documentarians of endemic Southern music, Goldband was located in Lake Charles, Louisiana, and produced recordings of some of the South’s most important and distinctive musical styles and sounds. Featured artists include Boozoo Chavis, Shorty LeBlanc, Joe Bonsall, and Jo-El Sonnier, among other legends.

However, for years, fans, collectors, and scholars have lamented the use of later overdubs that were used on the original LP release in order to update the original ’50s and ’60s recordings for the late-’70s “marketplace.” This release, however, contains the 12 original live in the studio takes, ditches the overdubs, and adds seven recently discovered tracks. Also included are liner notes by producer Steven Weiss on the history of Goldband and founder Eddie Shuler. As the album’s title indicates, these are roots jewels for sure. 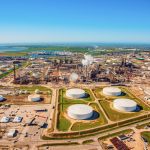 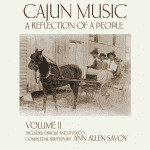 THE READING ROOM: A Guide to the Music and Musicians in the Cajun Tradition