For Deadheads, popular culture historians, kids who yearn to have been part of the scene around the Grateful Dead but were born too late, or people who appreciate great photography, this book is the gold standard. It’s absolutely gorgeous.

Not surprising: Bob Minkin is a superb photographer. He’s put his stamp on music photography. Coming a generation after the first wave of legendary live music photographers — Marshall, Wolman, Russell, Tarle, Liebovitz — Minkin had a rare amount of space in which to establish himself, and he didn’t waste a centimeter of it. He’s been there for damned near all of it, since the late 1970s.

The book that collects his photos of his favourite subject to shoot is a glossy, exquisite coffee table hardback. It starts off with written recollections from some of the old-school Dead family: keyboardist Tom Constanten, Steve Parish, Blair Jackson. But, the collection is about the photos. What he’s done here is to provide a visual roadmap of the Grateful Dead and their side projects, beginning in 1977 and going through the present day. And, he’s done it right.

Bob arrived on the scene and began his dedicated journey a couple of years after my last interaction with the Dead. I was there and loving it, from around 1969 until Ron McKernan’s (Pigpen’s) death in 1973. Bob’s photo of what I consider the only real edition of the Jerry Garcia Band — the Garcia-Nicky Hopkins-John Kahn-Ron Tutt lineup — was taken on their Eastern tour in the late autumn of 1975, when Minkin was a teenager. It remains one of the few photos of that band onstage that I’ve been able to find, and I cherish it.

Looking at the loving chronology of Live Dead, I feel a bit like a ghost, hovering around the margins of their story. It’s like bumping into an old friend you haven’t seen for 30 years, thinking that they look different, yet somehow the same. It’s an uncanny feeling.

For those who stayed on that particular road, Live Dead will knock you out. Bob Minkin gets the Grateful Dead on camera in a way few of his generation managed. 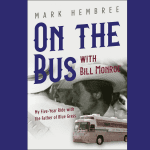 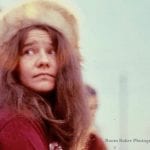