1.0 – Are you happy with how your debut Larabee EP, Expose A Little Wire, has been received?

I am happy. I didn’t know what to expect when I made the decision to release the songs.  It’s been a pleasant surprise to have total strangers listen to the songs and react to them in a positive way.  I’m hoping more people will get to hear the songs as well.

2.0 – Did you have specific goals in mind for the release? There was no master plan for the release of Expose a Little Wire other than to follow in the footsteps of other DIY musicians.  It’s a tricky time in the music business because somewhere along the way people began to assume that music should be free.  So financial goals are difficult to assess.  The main goal is to put the music out and make a connection with people. (Hear the single  ‘Little Liar’)

3.0 – Are there any plans for a full-length follow up to the EP? There are definitely plans for more recorded music.  I’d love to record a full-length album.  I will probably put out a single or another EP before a full-length because I have songs in the can that I would rather release than hold onto for too long.

4.0 – Do you have a philosophy when it comes to recording?  My philosophy on recording is to get a song to a point where you feel as though you could listen to it forever.  The most frustrating thing about recording is to put in the time, effort and money and come out with something that you can’t stand to listen to.  From a sound perspective, I like classic 1960′s and 1970s recording sounds and styles because on the whole those sounds have staying power.  There’s nothing sadder than to put on a 1980s recording that you loved at the time and realize that the 80s big drum sound ruins the track.  I wish I was more technically oriented so that I could have a better working knowledge of the recording process.  That’s something I need to work on going forward.

5.0 – Your video for “Little Liar” has a great old school vibe & look, how did it come about? Thanks.  I saw other videos that used old footage from various places and came across a neat website that compiled stuff that was no longer covered by copyright, so it was fair game to use.  In searching through the archives I found pieces of a film called “Coffeehouse Rendezvous.”  It was really cheesy but I liked the overall look and feel of it.  Parts of the film were originally shot in the Chestnut Hill neighborhood of Philadelphia, not far from my house, so I used those bits and pieces as a nod to my hometown.  Throw in an iMovie editing feature, and you have yourself a video.  There, I’ve given away all of my video creation secrets.

6.0 – When did you get hooked on rock & roll? what songs early in life left a mark on you most? Probably by age 5.  I am the youngest of five children and I used to sit in my room for hours playing my older sisters’ records – hairbrush microphone in hand.  That stack of 45s was full of Motown, Gary Puckett and the Union Gap, The Foundations, The Monkees and The Beatles.  From the stack of 45s I think The Foundations “Baby Now That I Found You” got a lot of play.  Seriously, how can anybody resist the “ba da da da” background vocals?  A little later I would say that Elvis Costello’s “The Angels Want To Wear My Red Shoes” left a big mark.  That song was really my introduction to The Byrds because of the jangly guitar sound.  Nick Lowe’s Labor of Lust album in it’s entirety is fantastic as is Please Panic by The Vulgar Boatmen.

7.0 –  Have your tunes always had a twang to them or did that develop over time? I think the twang developed over time, but I was always drawn to the twangy stuff by The Monkees did (Papa Gene’s Blues, What I Am I Doing Hangin’ Round), Dave Edmunds, Nick Lowe.  I also had some old Faron Young records as a kid.  I suppose that sound keeps kicking around in my head.

8.0 – Do songs come easy to you or are they labors of love that have to steep before being ready for prime time?  The songs couldn’t come any slower if I tried.  I wish that I could be one of those writers who can bang out song after song.  I am always amazed when I hear someone say that they went into the studio with 30 new songs and whittled it down to 10.  Once written, however, the song structure doesn’t tend to change drastically.

9.0 –  Is there anyone in your life, outside the band, that you trust as sounding board for new material?  I have a friend from high school, Gerry, who used to help manage my old band.  He’s listened to everything I’ve written since I started playing.  His opinion matters because he knows good music and he understands what makes a good song good.

10.0 – Dreaming late last night you got a call from ‘Mr. Bigg’ about a summer tour, what act are you going out in support of?  It would have to be Elvis Costello, but only because he was touring with the spinning wheel of songs from the entirety of his career.  So many great songs.  And, because this happened in a dream…..all of the fans at the show would become Larabee fans. – Matt Maguire of Larabee from 10.0 Interviews 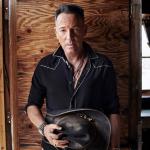 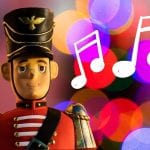