Kitty Wells – The angel went down to Georgia

Kitty Wells, the Queen of Country Music, went to Georgia in 1974 to record with members of Allman Brothers and the Marshall Tucker Band. It was the first time a big-name country hitmaker had cut an entire album with a rock band, but hardly the first time Kitty Wells had done the unexpected.

Capricorn Sound Studios in Macon was the mecca of Southern Rock, the room where, among other things, the Allmans recorded “Ramblin’ Man”. And yet there, behind the microphone, stood the impeccably coifed Miss Kitty, pushing 55 and as matronly as Mrs. Cleaver, laying down tracks with a bunch of wild-ass longhairs slumped over their drum kits and guitars.

The album that followed, a country-rock affair that included everything from a Bob Dylan song (the title track) to covers of a couple of red-clay soul ballads, was, ironically enough, titled Forever Young. Then again, maybe the title of the record, which has just been reissued by Wells’ grandson, wasn’t that ironic after all.

Sure, Wells was way out of her element; hell, she could easily have been the mother of any among that hirsute brood. But for her it was also, in many respects, just another gig, albeit one that would anticipate, for better and for worse, Music Row’s latter-day fascination with the music of Lynyrd Skynyrd and the Eagles, a predilection that ultimately paved the way for the pop-country boom of the early ’90s. In other words, however unlikely the project might have seemed, Forever Young proved but the latest prescient move in what was at that point for Wells a 22-year run of historic feats and firsts, each as unassuming as the next.

Wells’ son-in-law, John Sturdivant, had arranged the session with Capricorn honcho Phil Walden, who recruited Dickey Betts and Chuck Leavell of the Allmans, Toy Caldwell of Marshall Tucker, and members of the band Cowboy, yet another Macon mainstay, for the date. They also nabbed Nashville ringer John Hughey, he of the slash-and-burn steel on such angst-ridden Conway Twitty odes as “The Image Of Me” and “How Much More Can She Stand”.

Country and rock musicians had, of course, worked together in the studio before. Guitarist Grady Martin, drummer Buddy Harman, piano player Floyd Cramer, and other Nashville A-Teamers had played on hits by the likes of Elvis, the Everlys, and Roy Orbison. And after producer Bob Johnston talked Bob Dylan into making Blonde On Blonde in Nashville, everyone from Rick Nelson to the Byrds started flocking to Music City to cut with the laid-back cats who played “clear as country water.” Tracy Nelson, lead singer of the Bay Area band Mother Earth, liked Nashville so well she never left (her Tracy Nelson Country arguably is the best album in this vein).

Other examples could be cited as well, but all are cases of folk, rock, or pop singers being backed by country pickers. By contrast — and it’s a striking contrast — Wells turned the tables. Hank Williams Jr. & Friends, a record that employed some of the same Southern rockers as hers did, is often said to be the first example of this sort of crossover. But Bocephus didn’t go into the studio until 1975, nearly a year after Wells made Forever Young; plus, Hank Jr.’s core band consisted mainly of Nashville and Muscle Shoals session pros.

You could argue that Earl Scruggs’ 1971 blowout (Earl Scruggs — His Family And Friends on Columbia) with Bob Dylan, the Byrds, and the Nitty Gritty Dirt Band beat Wells to the punch. But unlike Wells, Scruggs was no perennial country chartbuster; besides, his album, like the Dirt Band’s 1972 Will The Circle Be Unbroken, was more of an event — an all-star summit that united musicians of various stripes — than a case of Nashville Skyline in reverse, like Forever Young.

Kitty Wells first broke with convention, as diffidently as she always would, in 1952, the year “It Wasn’t God Who Made Honky Tonk Angels” came out of nowhere to top the country charts for six weeks in a row. Her emergence, in the record’s wake, as the first female country superstar of the postwar era was as unlikely, and owed as much to the urging of family, as her 1974 decision to venture down to Macon to “jam” with Dickey Betts and Toy Caldwell.

In 1952, Wells was ready to leave the music business altogether to be a stay-at-home mom. The eight gospel-leaning sides she’d done for RCA in 1949 and ’50 had stiffed, and her husband Johnnie Wright, then one-half of Johnnie & Jack (with Jack Anglin), had just scored his first major hit, and an invitation to join the cast of the Grand Ole Opry.

The only reason Wells claims she cut “Honky Tonk Angels” for Decca, and then only at the prompting of her husband and Decca record exec Paul Cohen, was to pocket the $125 union scale the session would pay. An answer to Hank Thompson’s “The Wild Side Of Life” written by Louisiana record man J.D. Miller, the record was a hit before Wells even knew it had been released. She got the news when Audrey Williams, Hank Williams’ ex, phoned to say she’d heard it on the radio.

“Audrey had been down to Montgomery,” Wells remembers, “and she said, ‘Girl, you’ve got a hit on your hands. Every station I’ve had on coming home from Montgomery was playing your song.'”

Wells is sitting with her husband of 64 years in the living room of their modest, ranch-style home in Madison, Tennessee. Johnnie, now 87 and quite spry at that, is sporting Mickey Mouse suspenders and a bolo tie; Kitty, 82, is wearing black perma-press slacks and a print blouse. “Wright” reads the knocker on the front door, denoting the place where Kitty still cleans and cooks (she’s published three country cookbooks). The house is just ten minutes north of downtown Nashville. It’s also a stone’s throw from the suburban Opry House and right next-door to the late Hank Snow’s not-so-sprawling Rainbow Ranch.

Nearly 50 years on, Wells still insists she never expected “Honky Tonk Angels” to come out, much less to “make a hit.” Back then, she says, she thought it was “just another song,” little more than “the women getting back at the men.” 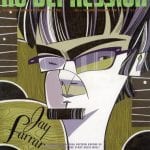