1. Has impending death ever sounded so joyful? Justin Townes Earle announces his intention to drown in the Harlem River in the lead single from his upcoming album of the same name, and between the clapping and the gospel choir, one can hear the pearly gates opening right up.

2. Channeling the Delta blues that he consistently refers to as major inspiration, Earle continues to expand his sound from his breezy old-time debut The Good Life and the more mature Midnight at the Movies. Showing off a deeper tone of his voice, he invokes the huckster spirit of his live show to swagger towards his predicted death, claiming that he won’t “make a sound” as the “dirty waters” cover his body.

3. Earle recaptures the spirit of Depression-era America at an oddly appropriate time, exclaiming that his “troubled days are behind [him] now” and looking forward to the peace that death provides. A simple song with a morbid message turns downright spiritual in Earle’s hands, thanks to his encyclopedic knowledge of the blues and the spirit with which to sing them. A tease like this promises good things from the upcoming full length, reason enough to live another day.

Visit The Song Survives to read about more great songs. 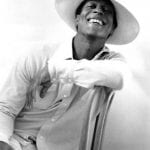 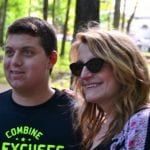 Kelley Gibson and the Healing Power of Music