In Los Angeles, no venue is better fitted for the songs and stories of Texas Country Rock legend, Lubbock native, former Clash touring partner and Flatlander, Joe Ely (along with Joe Ely duo multi-instrumentalist, Jeff Plankenhorn) or the 1960s folk vibe of Chicago native singer/songwriter, Joe Pug, than The Mint – an intimate, dark lit club on Pico in the Miracle Mile district that brought in an attentive, chatter free crowd who clearly had the appropriate amount of respect for each verse the performers sang and shouted out only to request their favorite songs, to which Ely replied mid set, “Oh now, I appreciate it guys but you’re making me work… and I’m not here to work, I’m here to have fun.” 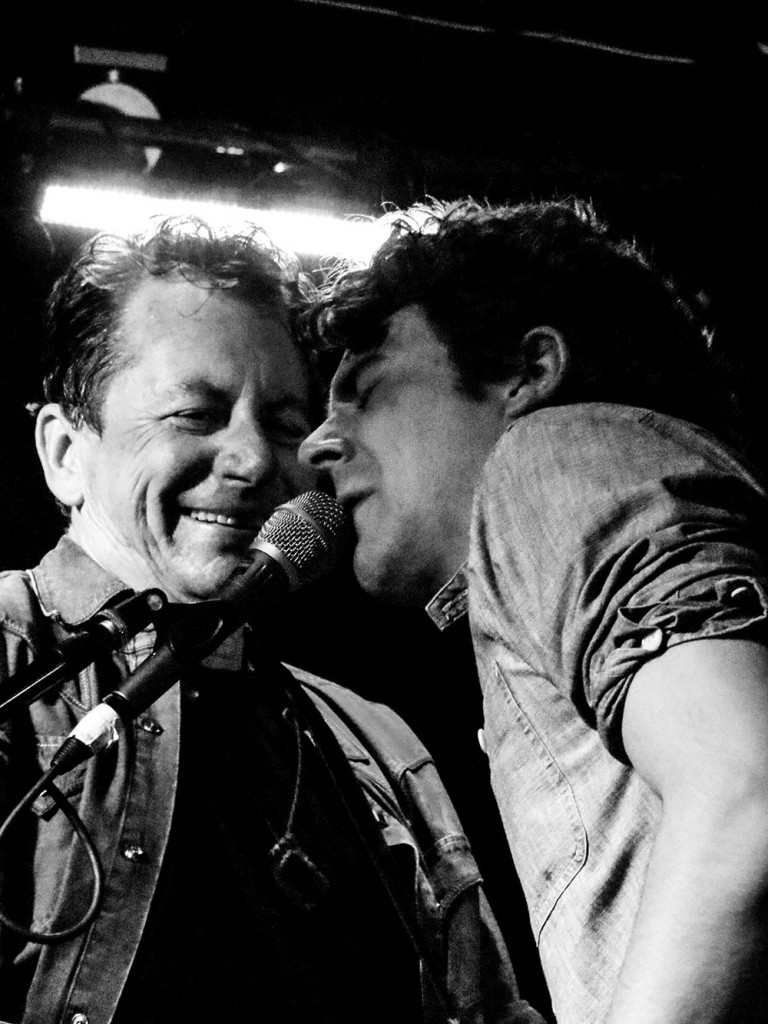 Opening the show, Pug proved that although he is young, he is perfectly suited to play with the likes of Texas troubadour Steve Earle who he toured with in 2008 and now Joe Ely, who, like Pug, only needs a solitary sideman accompanying him to get across the power of his storytelling abilities and musicianship. Pug, taking the audience back with a vintage Newport Folk Festival vibe with his denim shirt, acoustic guitar and harmonica, brought an easy going confident energy and looked like a young Phil Ochs.

The show, one of particular significance, as it came only a few days after a 27 year continuing saga in the life of Joe Ely made news around the music community.

Back in 1986 while Joe Ely was in San Francisco, his custom made Ted Newman-Jones turquoise guitar was stolen. After a few dead ends and various phone calls from people who claimed they had the guitar, Ely gave up on ever being reunited with the instrument. The only viable lead, a phone call offering the guitar in exchange for money had been traced back to the San Francisco police department but never materialized. Ely received a letter from San Francisco mayor Dianne Feinstein saying “Sorry about your troubles, hope you don’t take it out on San Francisco.”

Only a few days ago, Ely was finally reunited with his guitar. He tells the story to the crowd, one that stands out as more of a never ending story than it does a definite resolution.
“Last week [Jeff Plankenhorn and I] were driving down the coast from Seattle and I get a call from Texas and it said somebody had found [my] guitar that was lost,” Ely says.

“There was a guy right out of San Francisco that had seen this turquoise guitar — you couldn’t miss it, it looked like a pool table on acid. And he had bought this guitar at a pawn shop for $150 just because it was a weird looking guitar and took it home and played it for the next 20 some odd years and then one day he sees an old Austin City Limits and I’m playing that guitar and so he spent the next few days figuring out how to get in touch with the maker of the guitar who told him the story and finally he got in touch with us and said “I’ve got to get your guitar back to you or I can’t sleep at night.”

“And I think that’s the greatest story,” Ely says. “His name is Matt Wright and he lives in Merced, CA. A few nights ago he brought the guitar to Slim’s in San Francisco and it was exactly the way I left it. And those stories don’t happen all the time.”

“Then we went to sleep, got up the next morning and stopped at a Denny’s in Viejo,” he continues, cracking a joke about Denny’s being a bad decision in the first place.
“When we were at Denny’s, someone broke into the car and stole all our computers along with Jeff’s passport and birth certificate and all the songs he was working on. And I mean, you can’t make this stuff up. And then two days later, today we got a call from a trucker who said he had found the three suitcases that were stolen and it had Jeff’s passport in it. But unfortunately no computers were in there.”

“But if this story goes on any longer I’m going to transpond to somewhere else. I just can’t take this up and down stuff.”

Ely follows the story with a crowd request, his version of Robert Earl Keen’s “The Road Goes On Forever.” Ely follows it with a song he says he hadn’t played in a long time “Standin’ at a Big Hotel” (written by fellow Flatlander Butch Hancock and made famous by Jerry Jeff Walker on 1976’s It’s a Good Night For Singing) from Ely’s 1979 album, Down on the Drag, which contains the geographically suited line “I lost my mind in the wilds of Hollywood,” and gets the crowd yelping as he croons “they say a bird in the hand is best, so here I am with a bird dog and a bottle of muscatel.” 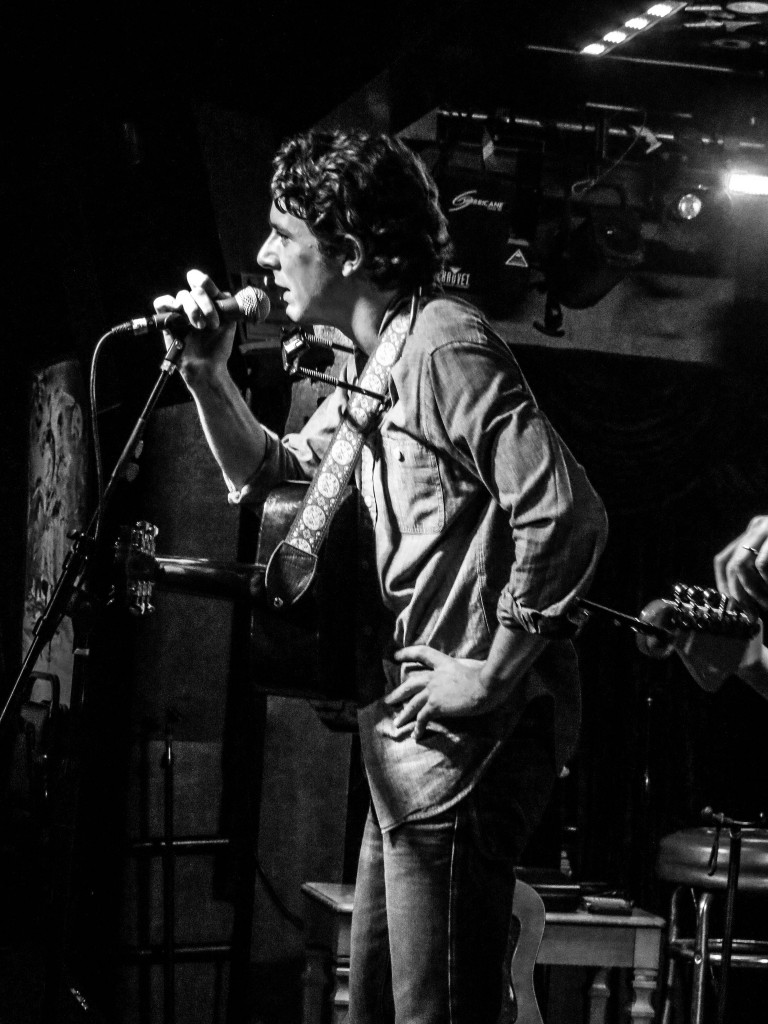 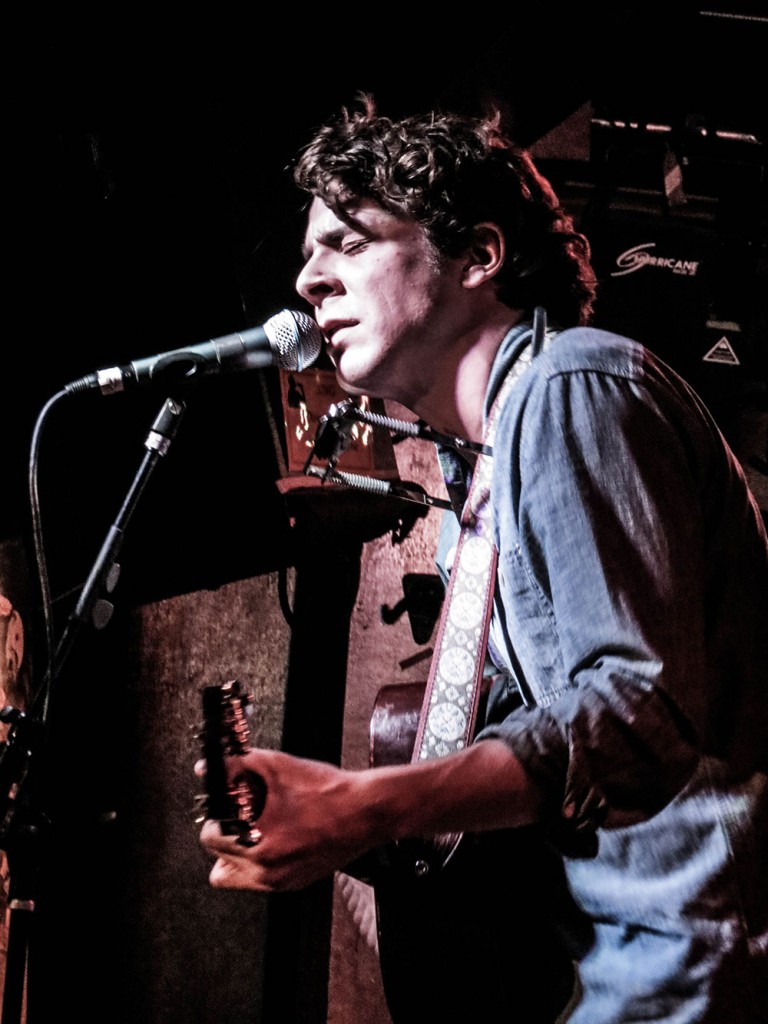 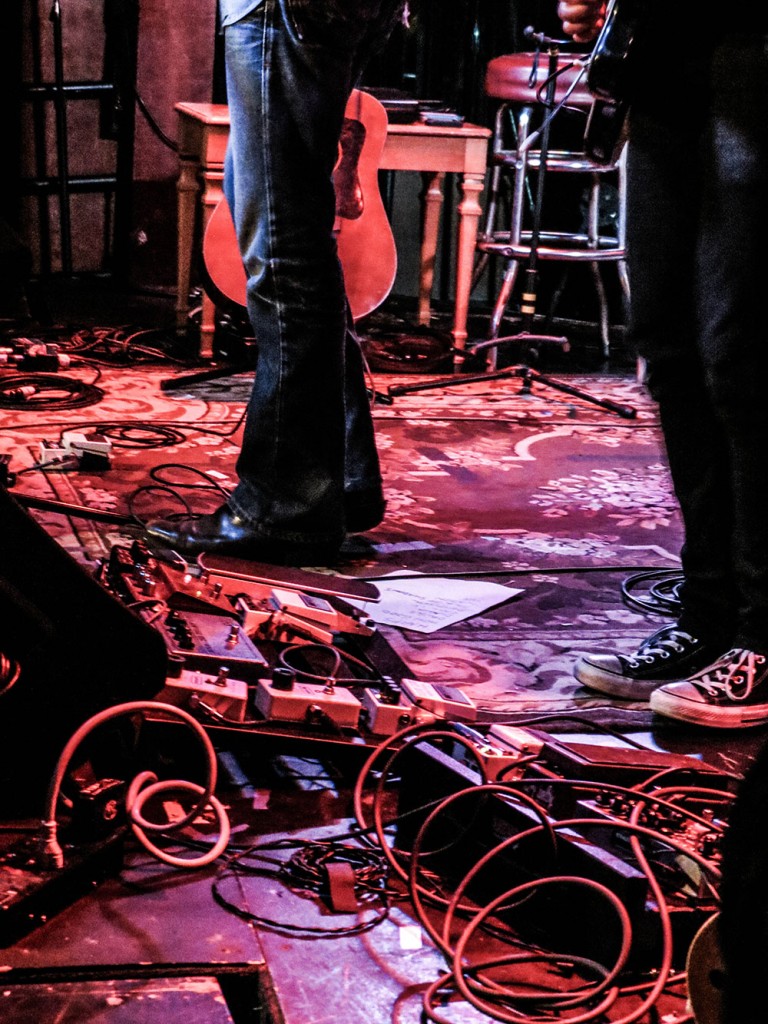 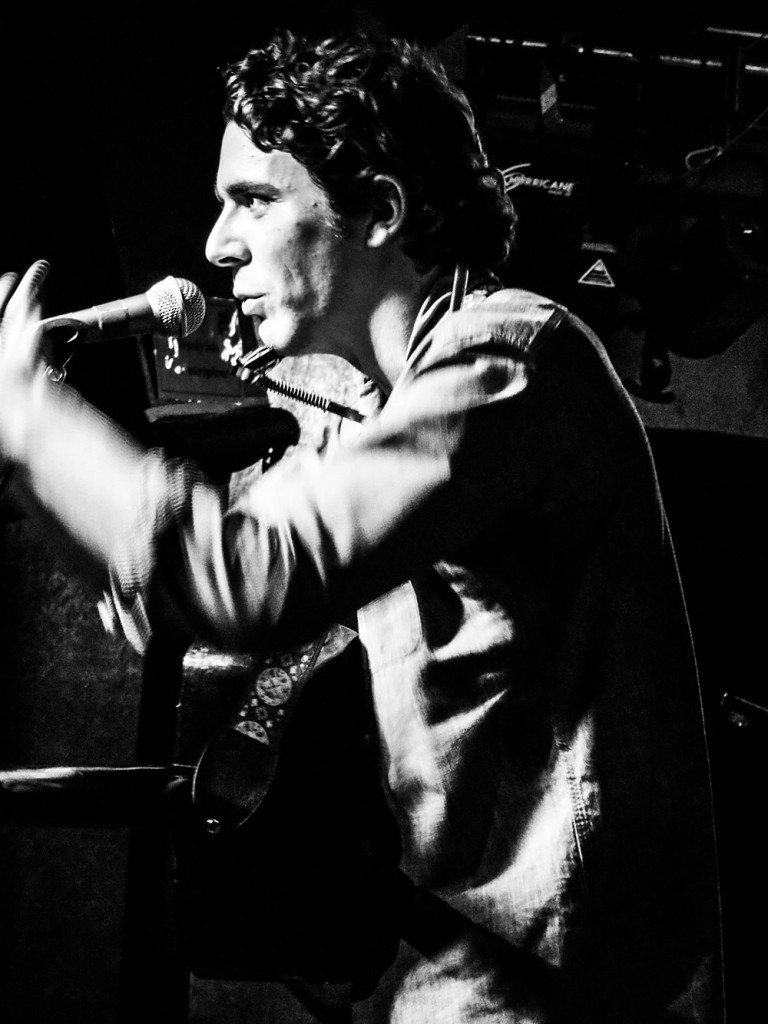 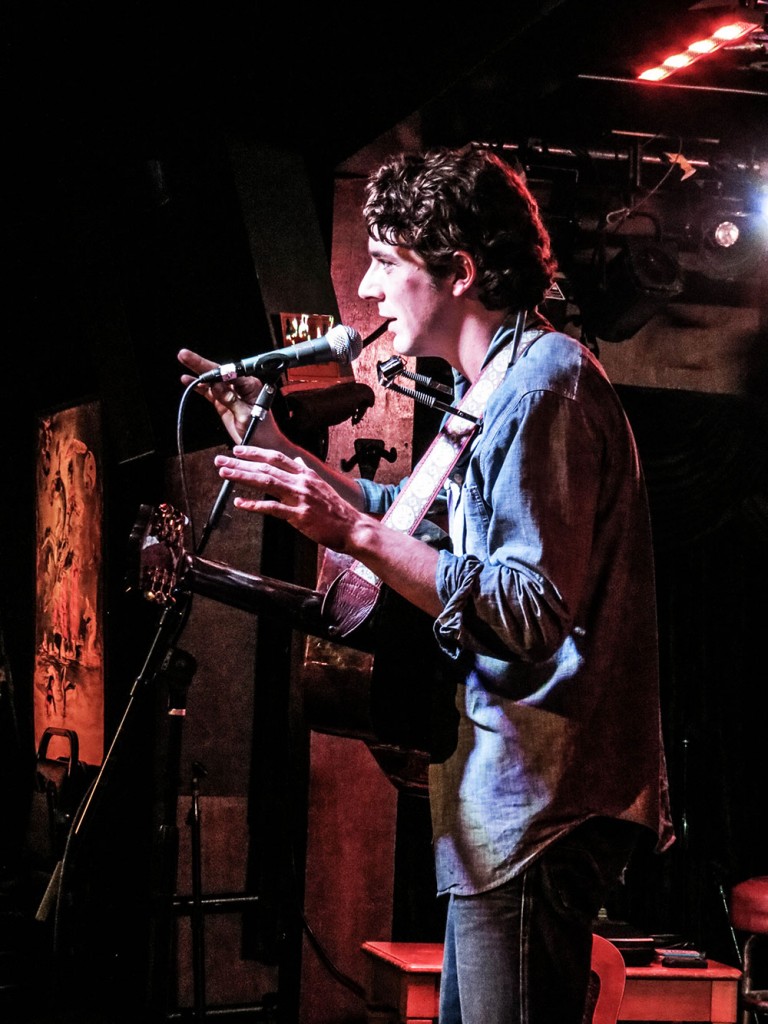 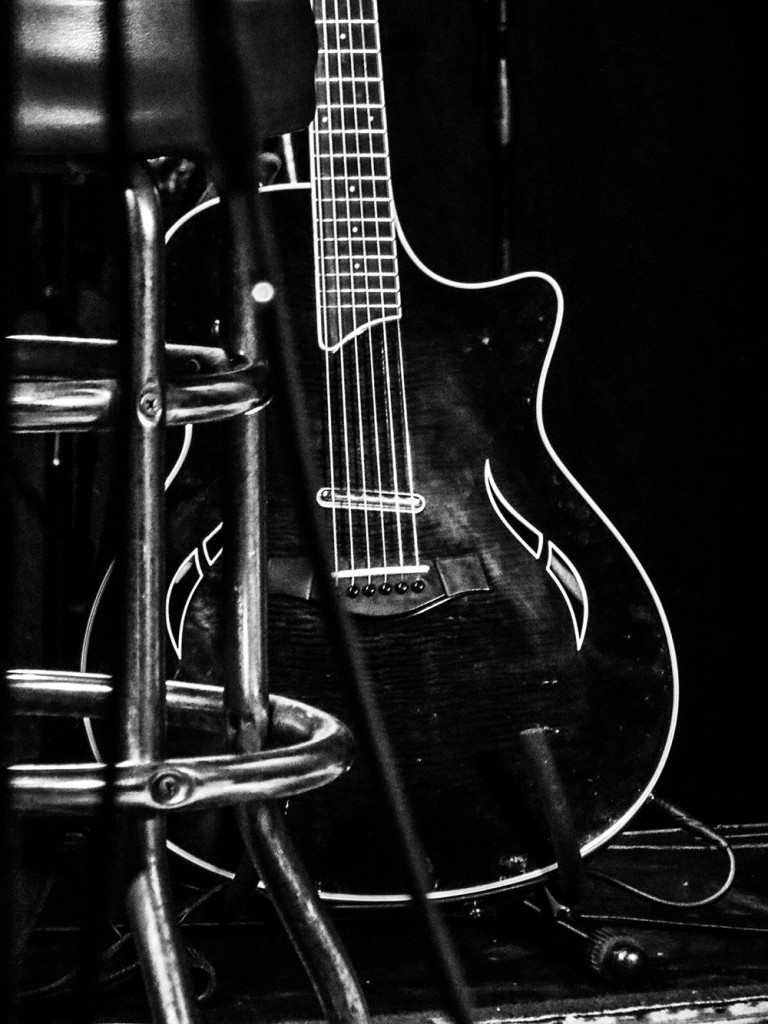 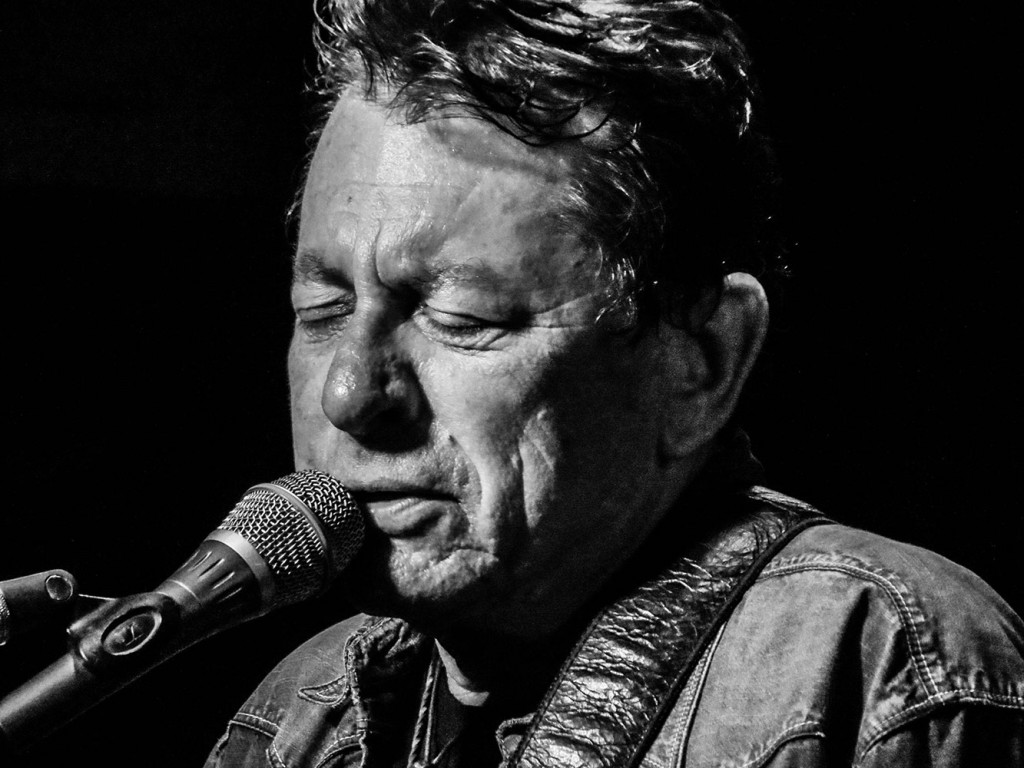 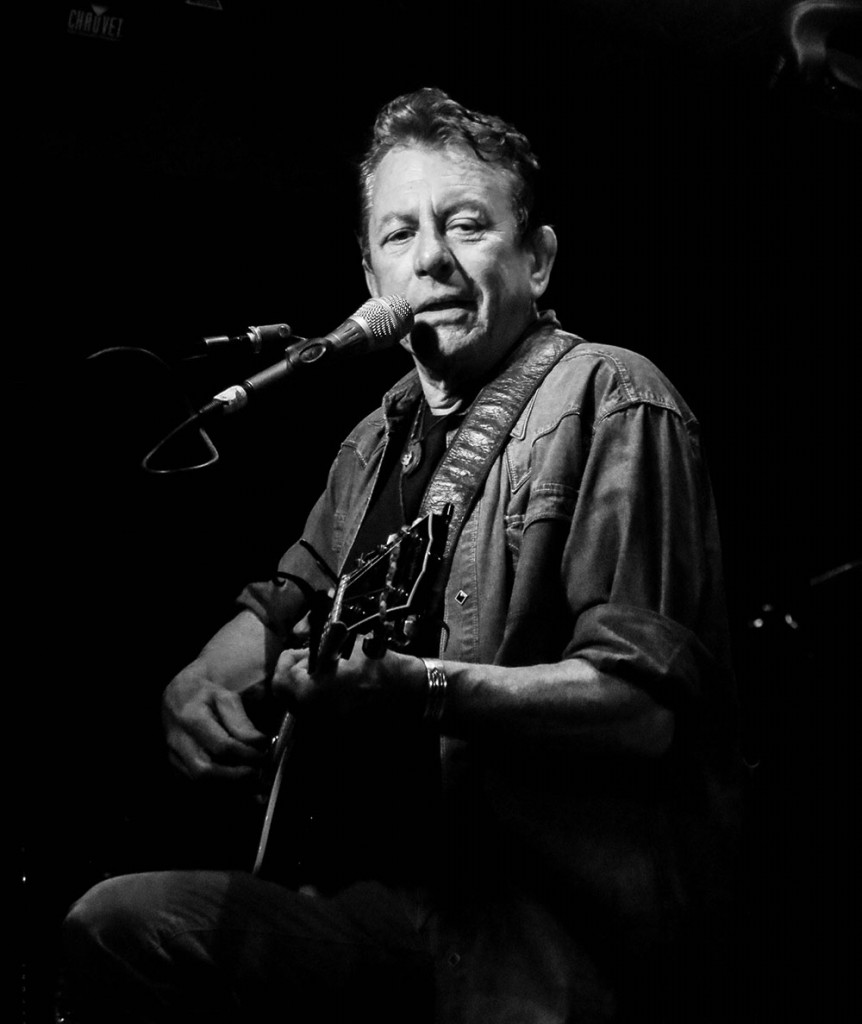 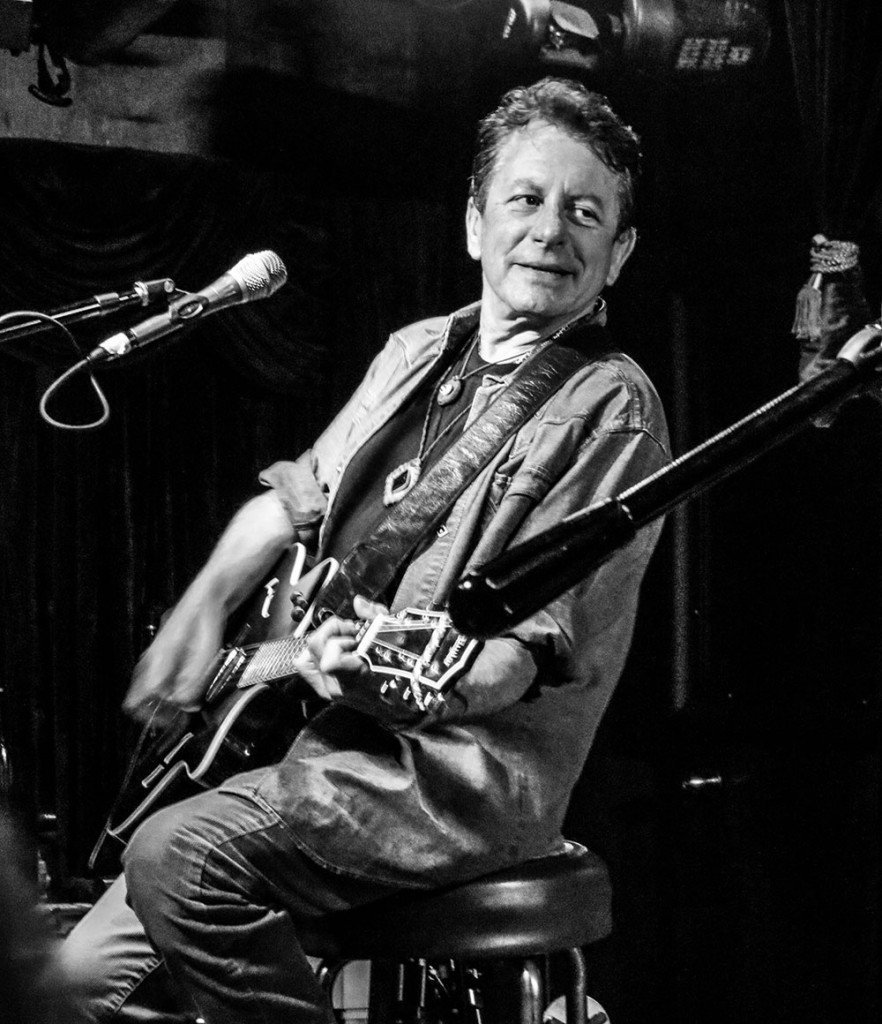 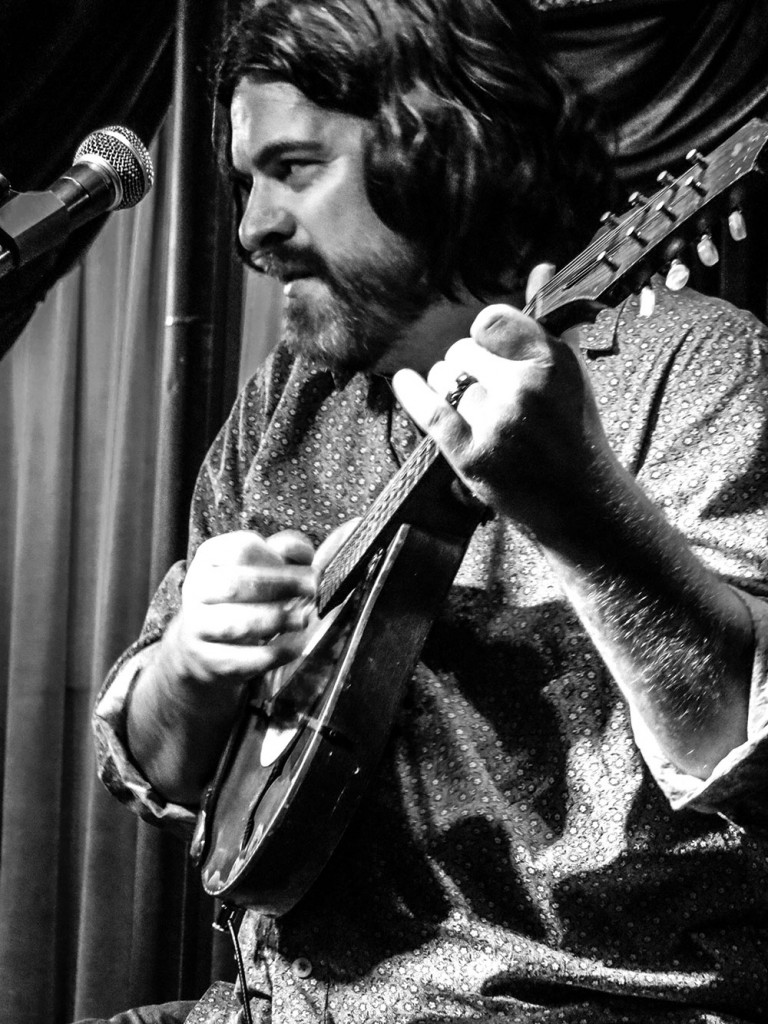 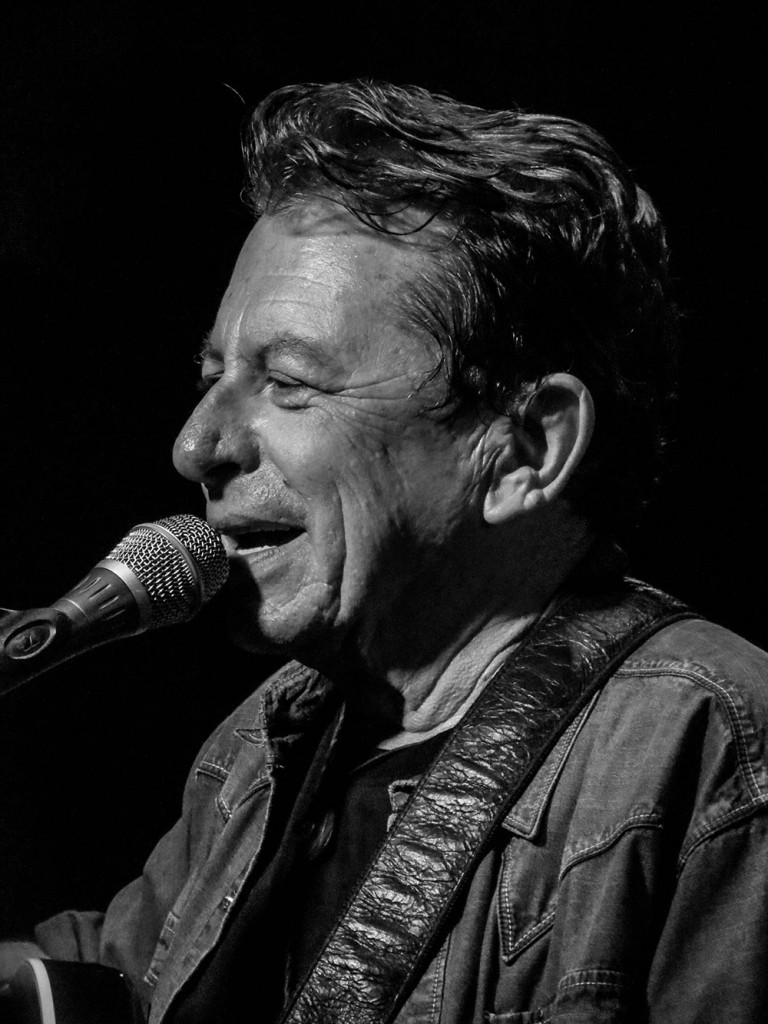 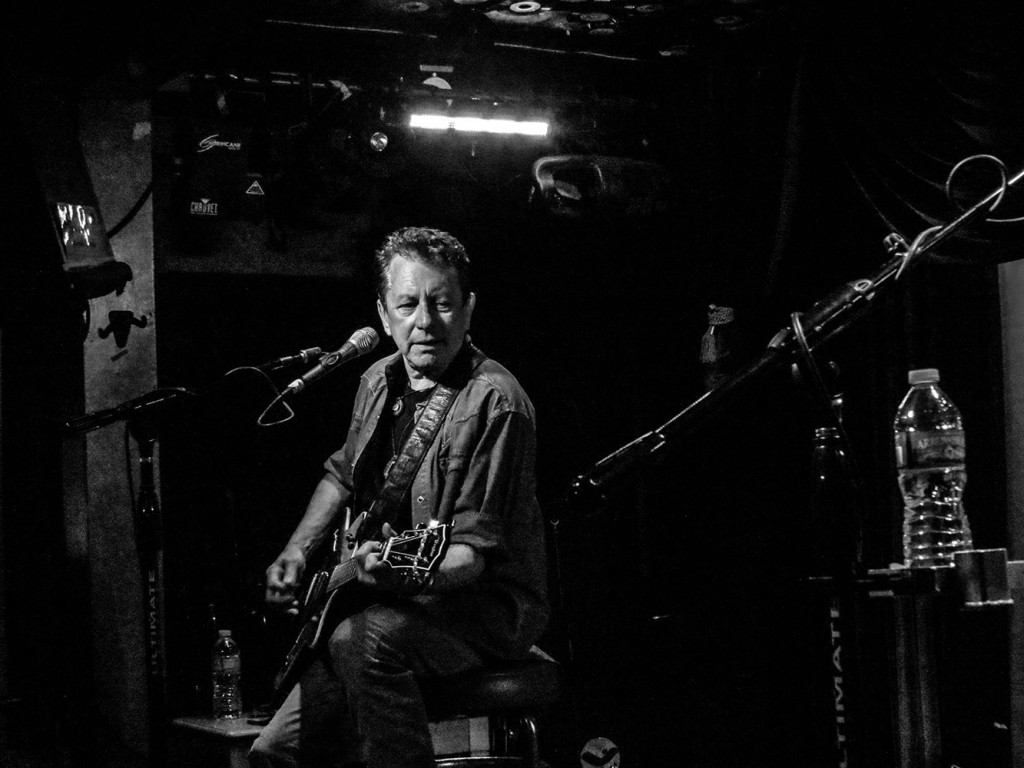 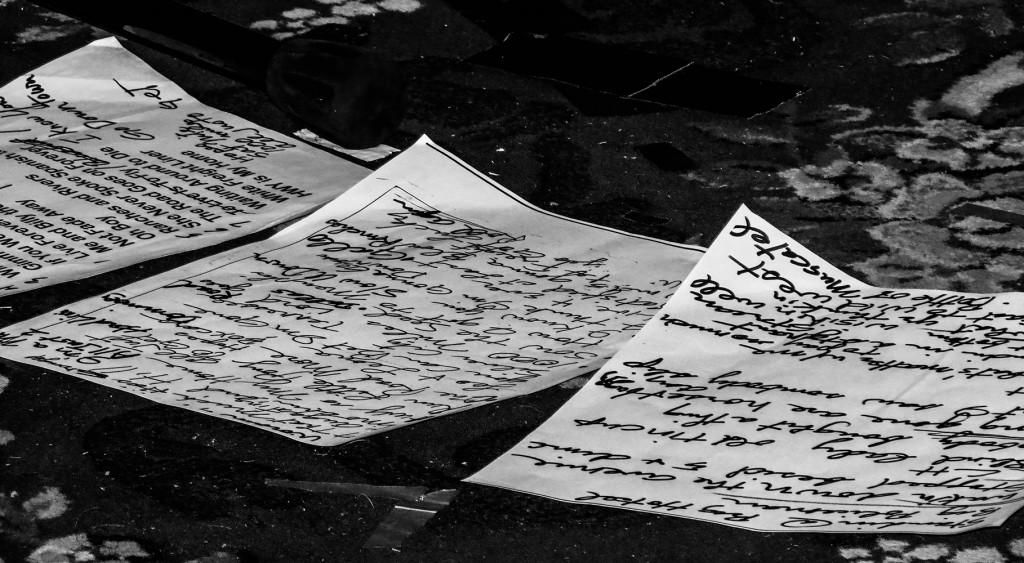 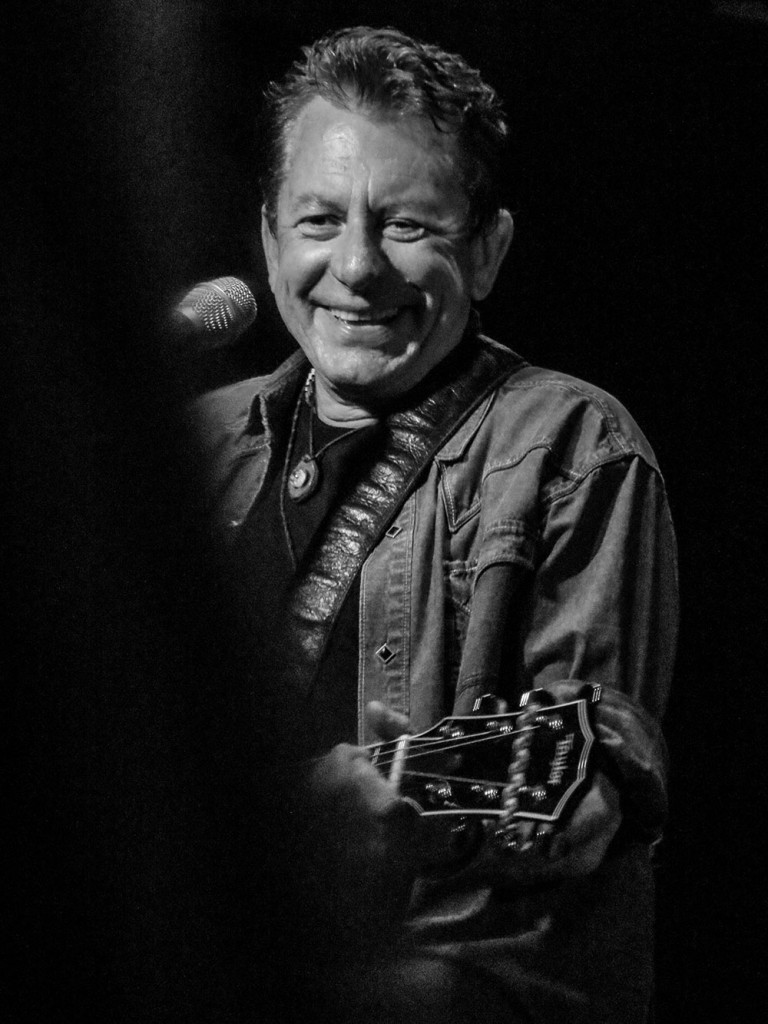 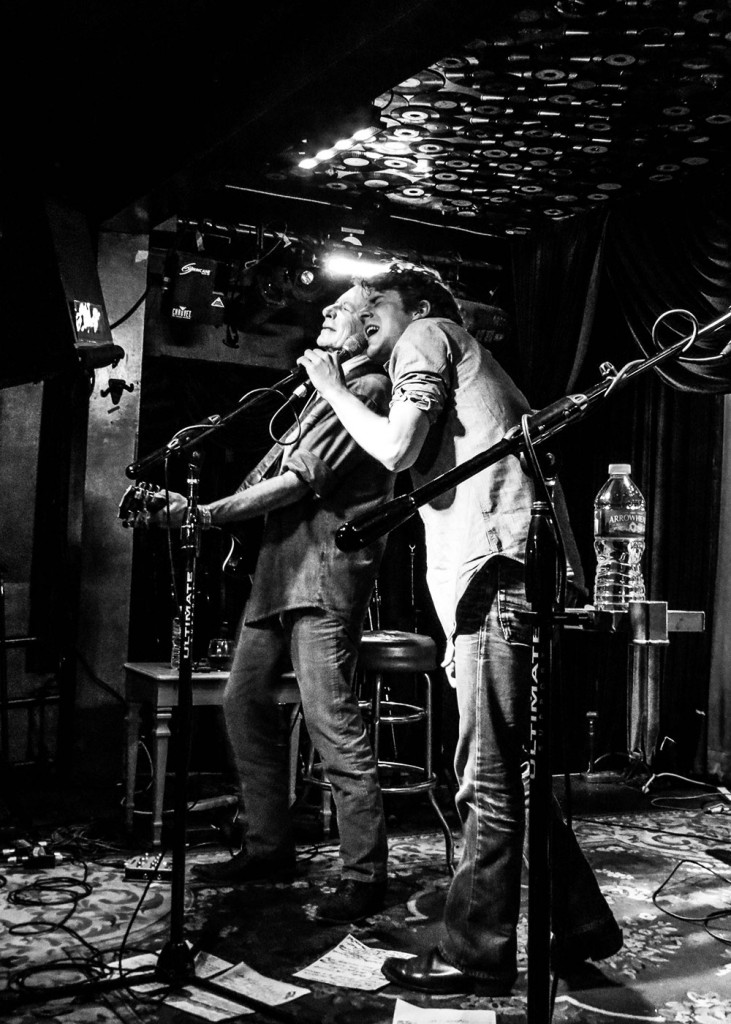 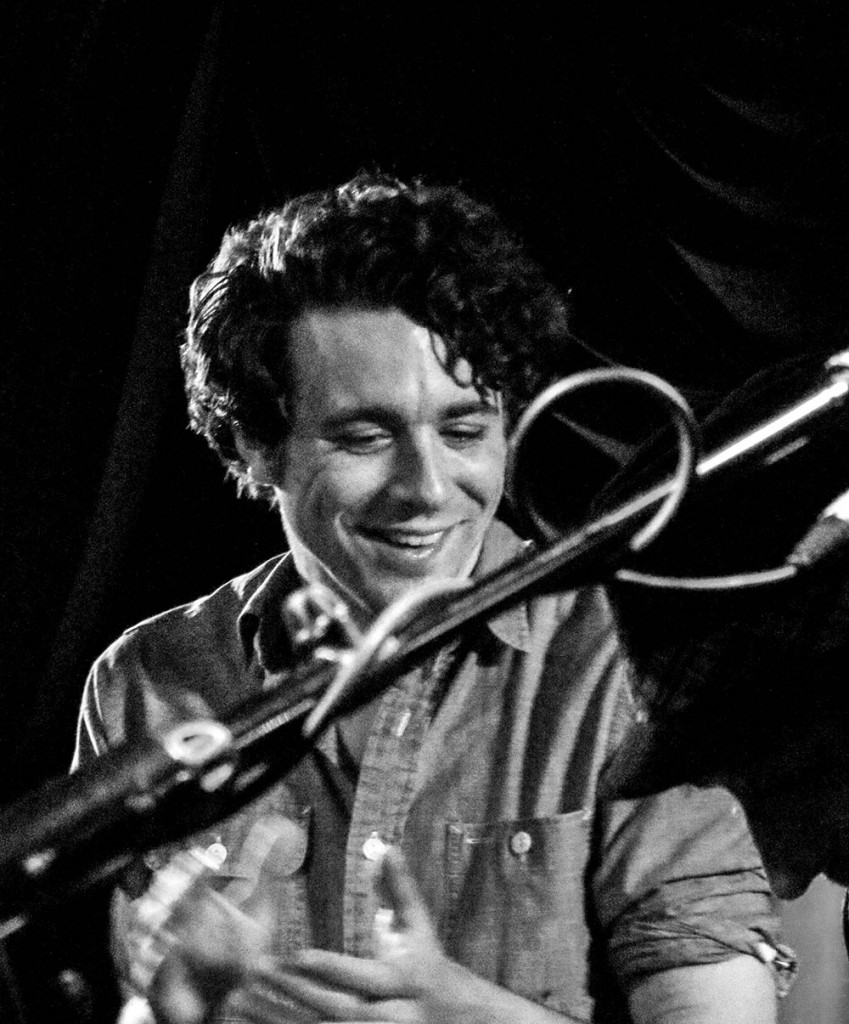 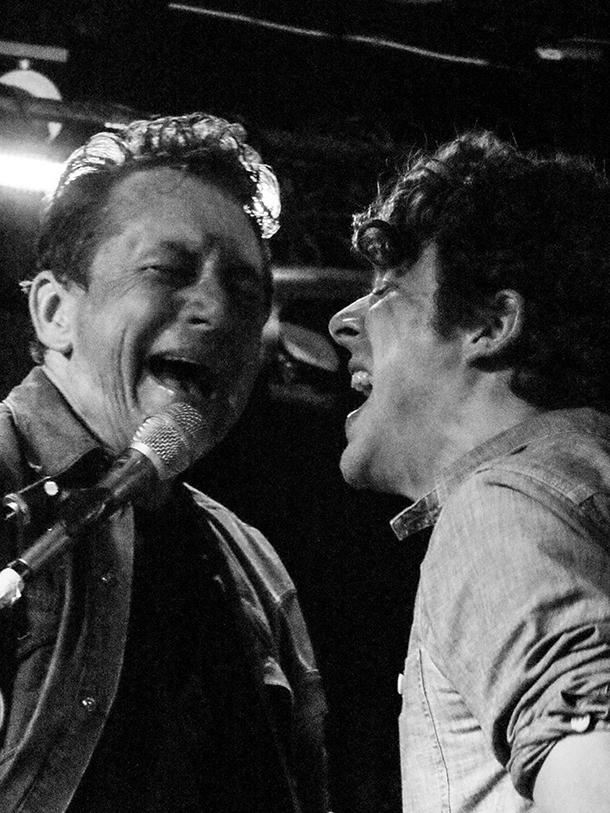