For six decades, her voice has been forever etched in the consciousness of the American spirit.   Hers is the voice our truest heart, tapping into our sense of harmony, justice & equality.  Her career was born in the righteous fire of the Civil Rights Movement during the middle of the turbulent 20th Century.  So the Mexican-Scottish-American folk icon, Joan Baez, was well-prepared for her times. During early childhood her Mexican-American, father Albert Baez, a scholar and a pacifist, took his daughter to anti-war demonstrations. He led his young family to the Quaker spiritual community for their religious teaching of peace and justice.  Today her Quaker roots still influences her daily life.  In a 2011 interview with Ron Johnson of Post City Toronto, she said, “I think probably what held over was two things. One, the Quakers are really seriuous about not killing anybody. It is the only religion, including Buddhist, that doesn’t follow the call to arms and accept the consequences for refusing to kill. The other thing is silence.”

An overview of her 60 year-career as a folk singer shows she has always been about social justice over popularity.  In 2017 she was, curiously, inducted into the Rock and Roll Hall of Fame. The acknowledgment surprised her, but then her response was an ironic, “it’s about time!”  Many historians in the world of rock music will identify her with Bob Dylan, who was her friend, lover and peer in music. But, she has gone on record in a recent PBS documentary saying that social justice is the true core of her life.

Social justice through music, that is.

One look at the scope and depth of her 60-year career makes it clear she has effortlessly woven together her love for the song with social activism championing such causes as women’s rights, climate change, LGBT rights and opposition to the death penalty. Along the way, she has produced a legacy of recordings of songs that range from traditional folk to contemporary pop and rock music covering songwriting legends Tom Waits and Paul Simon.

At 77 years-old, and now embarking on her final days on the road,  she has titled the Fare Thee Well Tour. She has come full circle to a time in the world that in many ways parallels the late 1950s that saw the rise of her career.

The America of the 1950s was an openly racist and sexist society. Segregation and its subsequent companions of inequality and discrimination were the stated and covert laws of the land. In those days equal rights for women had barely scratched the surface in our patrarochial culture at home and in the work place.

In today’s world, it seems the hands of clock are rapidly running backwards as racism returns along with the victimization of women embodied in the Me-Too movement. There is also a national wave of protest, similar to the times when Baez first stepped onto the concert stage.

When she first appeared at 1959’s debut Newport Folk Festival as a guest of Bob Gibson, Baez was a very nervous 18-year-old with little on-stage performance experience. But, recordings of her duet with Gibson reveal a youth who sounds like a confident and seasoned folk singer with decades of experience.

Her first two albums went gold, an unusual feat for a solo folk artist of 19 years-old. While her debut eponymous album took two years to hit the Billboard gold mark, her follow-up, Joan Baez Vol. 2 (1961) was an immediate chart success, a result of her burgeoning reputation and the popularity of the folk revival.

Her description of recording her first album reveals how eager her label was to release her debut album:

“It took four nights. We were in some big, smelly ballroom at a hotel on Broadway, way up by the river. We couldn’t record on Wednesday nights because they played bingo there. I would be down there on this dirty old rug with two microphones, one for the voice and one for the guitar. I just did my set; it was probably all I knew. Just put ’em down. I did “Mary Hamilton” once, that was it. That’s the way we made ’em in the old days. As long as a dog didn’t run through the room or something, you had it.”

Her first three albums from 1960 to 1962, were made up of traditional American and European folk songs-most ballads from the British Isles.  However, her love of social justice finally showed up on her third album, Joan Baez Live Vol.2.  Notably it included two songs by then up and coming songwriter, Bob Dylan. Baez merged her civil rights passion with her love for song by recording Dylan’s “With God on Our Side,” a song which covers America’s history of injustice toward native Americans and in war.

But, it is the iconic and essential American folk song, “We Shall Overcome” that would send Joan Baez beyond the Billboard charts into history.

On August 28, 1963, in Washington DC, The March for Jobs and Freedom in Washington D.C., a historic gathering in protest of the treatment of African-Americans attracted thousands to the Washington Mall. As Martin Luther King delivered his famous “I Have a Dream” speech, Joan Baez rallied the audience on the steps of the Capital building with the anthem “We Shall Over Come.”

Written as a hymn by Charles Albert Tindley in 1900, the song was re-written during a tobacco strike led by African-American women workers in 1945. Two years later the song was published by the Pete Seeger’s People’s Song Bulletin thanks to Zilphia Horton, who, in 1947, learned the songs from union workers in Tennessee.

That day in August in our nation’s capital, Joan Baez’s performance helped to galvanize the participants.  Baez’s performance has become an important part of the song’s legend and hers as well. In 2010 she performed the song at the White House for A Celebration of Music of the Civil Rights Movement in front of America’s first African-American President.

For Baez, the 1963 event was a crossroad that allowed her popular success and her passion for social justice to merge.  That day became a symbol of what her career and her life would become over the decades as she continued toward legendary success in popular music and solidified her role as a social activist.

A similar moment happened after midnight in August of 1969 when Baez appeared at the historic Woodstock Festival delivering to the audience of 500,000 songs like “We Shall Overcome,” “Joe Hill” and “Amazing Grace.”   Her performance of “Swing Low Sweet Chariot” appears in the Oscar-winning documentary film, Woodstock. It was a mere ten years since her first public performance.

But, for Baez, this moment was but one stop along the way as she continued her journey as an activist and an artist.

In 1966, opposed the Vietnam War. The following year Baez met anti-war activist David Harris, which led to her only marriage. Harris would go to jail for resisting the draft. Baez made Harris protest public drawing attention to the injustices of the war.  The couple would divorce following Harris’ release from prison in 1969. But, Baez’s activism in opposition to the war continued throughout the 70s.

But, her songs were not always about social justice. Often, she recorded songs simply because she loved them.  Her chart success such hit songs as The Band’s “The Night They Drove Old Dixie Down,” and “Diamond in Rust,” would eventually land her in the Rock ‘n’ Roll Hall of Fame.  Her albums since have followed a familiar pattern of mostly contemporary songs by such writers as Warren Zevon, John Stewart, Eliza Gilkison, Steve Earle, Gram Parsons, Jackson Browne, and Patty Griffin. Her latest, Whistle Down the Wind is no exception to this pattern of artistic success.

A particular moment of inspiration and a centerpiece of Whistle Down the Wind is based on an event  2015 when President Obama spontaneously sang “Amazing Grace” during a eulogy for Rev. Clementa Pinckney, who had been shot down in his own church by a racist during a prayer meeting in South Carolina.   The song, “The President Sang Amazing Grace,” demonstrates how once again the voice of Joan Baez has touched history with a torch and a song.  It was written by Zoe Mulford, a singer-songwriter whose work is built on the vintage music of the Appalachians and the British Isle, much like the music of Joan Baez’s early career.  Her song about a racial tragedy and the inspired response from America’s first African-American President portrays a leader who seeks to heal and comfort with empathy and compassion in the face of tragedy. The unspoken contrast with today’s executive leadership is as clear as day.

The song and the album serve to bookend a career that began with a shy 18 year-old girl quietly stepping into the spotlight and merging her passion for social justice-which was in short supply in 1959-with a love for the unifying power of song.

There is a bittersweet irony to the sunset of Joan Baez’s career as she bids fare-thee-well to her touring life. She leaves our culture’s stage in much the same state as when she began six decades ago. But there is a silver lining. With racism on the come-back trail and the basics of human compassion and decency in question, many people, once again, are finding good cause to protest and fight for justice. We still need the songs of civil rights out in the streets and the voices of peace in the world.

The work of an artist and activist is a road without an end. Joan Baez would be the first to admit this. In the years to come, her live performances will be missed, but she has done her share of creating positive change in the world through her music before an audience.

Now it’s our turn to speak up, to sing and to act in ways of peace, love, and tolerance in a world still in need of Amazing Grace. 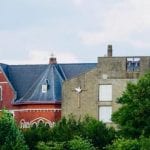 Stumbling across the Singing Nun 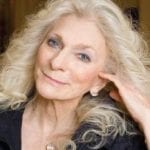