Jazz Education is Swinging Hard Across Milwaukee and America

Jazz ain’t the music that made Milwaukee famous. However, like beer, the music’s innate effervescence is part of this city’s cultural DNA. Improv and swing are rising locally, and reflect the creative brewing of musicians – like sax and brass players – who literally blow life into their instruments.

I’ve been extremely impressed by the young-musician generation since returning to Milwaukee, two decades after extensively covering the jazz scene here. 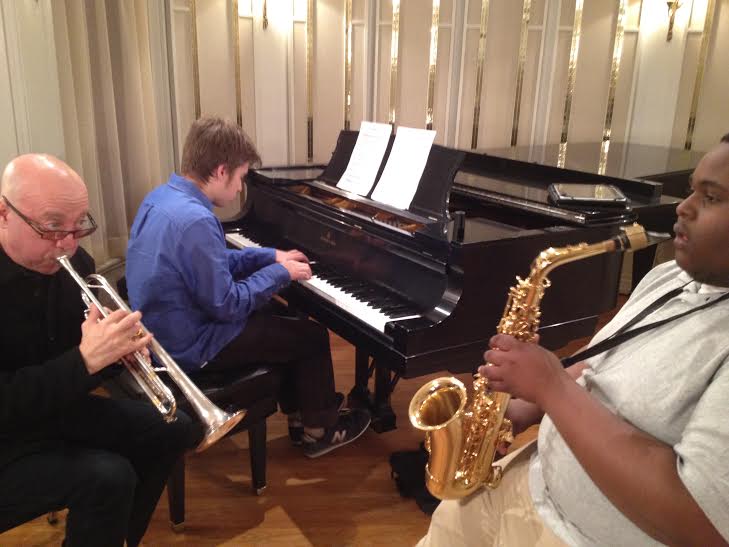 Despite its roots in primarilty African-American vernacular folk music forms, jazz education is essential for performers and to cultivate audiences, unlike more folk or mass media-based arts. Education creates a musician’s work, as it has for decades with an art form that commingles sophistication and soulful grittiness. Down Beat magazine extensive annual October jazz education guide provides a documentation of the art form’s ongoing growth at the roots of youth nationwide, and is considered so important that Jazz Times has begun offering an annual jazz guide as well.

UW-Milwaukee offers a bachelor’s degree in jazz studies, begun in 1990. Photo courtesy of The Peck School of the Arts.

UW-Milwaukee’s jazz studies degree program, begun in the wake of the city’s 1980s jazz revival, is directed by noted veteran reed player Curt Hanrahan, and signifies the music’s growth and demand, as does the ambitious Jazz Institute at the Wisconsin Conservatory of Music, which holds concerts, summer camps and annual residencies by Milwaukee-born trumpeter Brian Lynch, a Grammy-winning former Jazz Messenger with Art Blakey. Plus, The West End Conservatory opened on Vliet Street a few years ago with a strong faculty of young professional jazz musicians.

A highlight of the jazz education year will be the second annual Music Education Day at Summerfest on Wednesday, September 17 (with a free lunch) featuring nationally known clinicians, including New Orleans drummer-bandleader Adonis Rose, who leads his own quintet and has worked with Wynton Marsalis, Terence Blanchard, Nicholas Payton and other jazz luminaries. Jazz Institute director Mark Davis will also lead a group. Last year’s event drew 600 school-age music students.

For the third consecutive year, the program’s Batterman Ensemble placed as a finalist in the International Charles Mingus Jazz Competition, and in 2013 won the competition’s “Mingus Spirit” award and the group’s trumpeter Travis Drow won an outstanding soloist award. The current ensemble took first place for best high school ensemble in 2014 at the Eau Claire Jazz Festival. In 2012, the Batterman’s 17-year-old saxophonist Lenard Simpson won the Mingus event’s “outstanding soloist.” 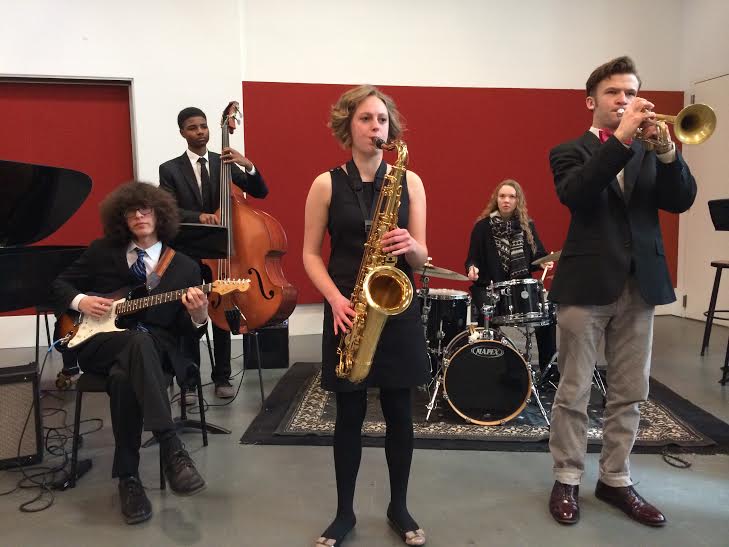 This sounds like a dynamic art form in town, yet an old saw endures: “Jazz is dying.” “Compared to what? For the last story about that, we had a joke: All the jazz musicians were unavailable for comment,” responds Conservatory pianist Davis.

“All the musicians I know are constantly working,” concurs Breiwick, also a professor at the UWM program.

“You really need to work at it, but it pays off,” adds Jeff Hamann, the city’s “first-call” bassist, a Conservatory instructor and house bassist in Michael Feldman’s nationally-syndicated radio program “Whad D’ya Know?” “My peers seem to keep busy.” However, Hamann has noticed less work for some veteran players. “Everyone’s path to success is a little different.”

Davis adds, “Some music programs are dwindling, especially in the inner city.” But WCM and other higher-ed programs provide scholarships — and the Conservatory faculty ensemble, We Six, does residencies and performances — at these schools.

“Their success comes from education, the jazz community and musicians acting as mentors, if only through their playing. Guys like Jamie Breiwick. Last night, Jordan Rattner, a great high school guitarist and trumpeter Cody Longreen sat in with us. You can’t just teach jazz in classroom. You gotta be out in the real world,” Davis says.

“You hear criticisms that academia creates musical clones, who all sound the same. I think it’s a reaction to more jazz education and less playing opportunities.”

Jazz still fights against American anti-intellectualism, and it lacks the funding base classical music enjoys. Yet jazz persists.

“You have to learn how to hear those harmonies to really understand it,” Davis concludes. “Most jazz musicians recognize the need to give something back, to educate people to create an audience for tomorrow. Most people I taught 20 years ago are adults and hopefully it’s part of their culture.”

We Six Concert Season Will Tribute the Late Horace Silver, and a Classic Wayne Shorter Album
The Wisconsin Conservatory of Music’s faculty jazz ensemble We Six is probably Southeast Wisconsin’s premier straight-ahead jazz ensemble. The group includes Eric Jacobson, trumpet; Eric Schoor, tenor sax, Paul Silbergleit, guitar, Mark Davis, piano; Jeff Hamann, bass; and Dave Bayles, drums.
The 2014-15 We Six concert season will honor the passing of the great hard-bop pianist, composer and bandleader Horace Silver, as well as a concert that will reproduce all the music from Wayne shorter’s 1966 , blue note album speak no evil, for the most brilliant and influential works of modern jazz. As eyes. This season includes a concert of original compositions by the ensembles members.

The Music of Horace Silver — October 9, 2014. We Six performs “Nica’s Dream,” “Strollin’,” “Señor Blues,” and other classics by this highly influential composer and pianist.

All Our Own — March 19, 2015. An annual showcase, this concert features new original compositions and arrangements by members of We Six.

Sounds of Brazil — April 16, 2015. We Six draws upon the musical traditions of Brazil, performing works by Antonio Carlos Jobim, Ivan Lins, Luiz Bonfá, and others.

Unless otherwise noted, all photos are courtesy of the Wisconsin Conservatory of Music Jazz Institute