The past two years have been good ones for Americana superstar Jason Isbell. After his 2015 album Something More Than Free topped Billboard’s Rock, Folk, and Country charts, it went on to snag a pair of Americana Music Awards and a pair of Grammy Awards. Isbell topped it off with a history making four consecutive night sellout of Nashville’s Ryman Auditorium. Now the long awaited follow-up to Something More Than Free has both a title and a release date as Isbell revealed the new album would be called Nashville Sound and will be released on Jun. 16. The press announcement also added a five night run to his already announced slate of Summer and Fall tour dates.

After teasing fans in February with a 30 second music video featuring Isbell and his band The 400 Unit in the studio, accompanied by some surprisingly heavy guitar licks, Isbell is revealing more about the 10 songs that make up Nashville Sound. The album will be the first since 2011’s Here We Rest to be officially billed as Jason Isbell & the 400 Unit. The 400 Unit, made up of Derry DeBorja on keys, Chad Gamble on drums, Jimbo Hart on bass, Amanda Shires on fiddle, and Sadler Vaden on guitar, has long been the rock and roll backbone behind Isbell’s harder rocking songs and their return to title status has many fans rejoicing.

Also returning to the mix for Nashville Sound is producer Dave Cobb. Cobb worked with Isbell on both Something More Than Free and his 2013 breakout album Southeastern. The album was recorded at Nashville’s historic RCA Studio A, where Cobb has set up residence since taking the space over from Ben Folds after a citywide push to save the space from demolition.

The press release for Nashville Sound also offered a glimpse into some of the song titles and themes that will be explored on the album. Fans can expect a wide range of topics including politics and privilege on “White Man’s World”, love and mortality on “If We Were Vampires”, and the possible inspiration for that heavy teaser, rockers “Cumberland Gap” and “Hope the Highroad.”

In addition to the announcement of a new album, Isbell also announced a five night residency at Nashville’s iconic Ryman Auditorium. The shows will take place Oct. 10-11, and 13-15, with tickets going on sale to the public Mar. 17.

Here is the full list of American and European tour dates currently announced for Jason Isbell & the 400 Unit: 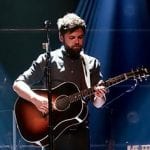 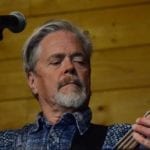 John Cowan: A Life in Music