Jason Collett at the Rio Theatre

Canada’s Jason Collet has a fine new album out called Reckon which features both new material and a sort of best of from his solo body of work as a bonus. That body of work is impressive, and even more so when you consider that much of it was recorded when Collett’s responsibilities were divided between his solo career and his role as a member of the now defunct Broken Social Scene. Collett is one of the more talented solo artists to emerge from that vast collective that also boosted Amy Milan, Leslie Feist and Emily Haines and Collett remains perhaps the most underrated of them.

A couple of years ago Collett mounted his Bonfire Ball tour with friends Bahamas and Zeus. Those shows left quite an impression on audiences–the one I saw was pretty much three solid hours of twangy rock and roll as all three bands rotated through the stage. For this show Jason is filling the opener slot for Bahamas.

Collett took the stage alone with only a guitar to accompany himself and this pushed his songwriting to the forefront for the night. More upbeat and aggressive songs from past albums like Love is a Dirty Word were played in acoustic arrangements that allow strong lyrics to flourish.

Politics were established as a theme of the night early on, with Collett dedicating Miss Canada to “…all those people protesting the pipeline out there…” (a proposed oil pipeline is a major political issue in these parts at the moment.) Later in the show Black Diamond Girl was introduced as a “love song for an anarchist girl.” This went over particularly well with the decidedly young audience at Vancouver’s Rio Theatre, located on the edge of one of Vancouver’s most progressive and activist neighbourhoods.

Collett’s not afraid to let his lyrics show his political side either, musing about “priests and politicians / conjurers and liars / modern journalism is a bit tongue tied” in Don’t Let the Truth Get to You.

This all adds up a show that’s a bit more thought provoking than just a light poppy night out for a bit of music, even if those thoughts cover a lot of ground (ranging as they did from the business of oil, the American election and the current Government of Canada which was described as “…not knowing how to fuck but knowing how to fuck us up”) without treading too deeply. It’s nice to know that some artists still write music that’s meant to make us think about issues instead of forget about them.

Collett’s set spanned his entire career and closed with a subdued rendition of one of his biggest hits, Love is a Dirty Word, followed by We All Lose One Another with it’s recurring refrain of “this is the day of the dead” serving as a good ending to this just before Halloween show.

Collett is planning a tour in early 2013 with full band, and that will no doubt see a return to more of the full blown rock and roll sound that was a feature of the Bonfire Ball tour. In the meantime, these gentler more acoustic shows do a nice job of showcasing the material from the very fine Reckon album. Here’s hoping that album serves as a spark for future solo releases from Collett who, now that Broken Social Scene has finally run its course, should be able to focus on a solo career that merits more attention than it’s traditionally gotten.

Jason Collett’s latest album Reckon is available at the iTunes store. Collett will be touring Europe in November and December with Dan Mangan and is planning a full tour early in 2013. 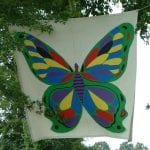