James Leg and Andrew Jody look like they belong in two different bands. Leg, long and lean with big boots, big rings and wallet chain, is the very picture of a Southern blues rocker while Jody, skinny in a striped shirt, sporting a mod haircut, looks like he would have fit comfortably in any number of ’70s garage bands. And, technically, they belong to a number of different bands, with Leg being one half of the Black Diamond Heavies as well as having been/being a member of the Immortal Lee County Killers and the Cut in the Hill Gang and Jody’s list of credits including The Long Gones, Oxford Cotton, Pearlene, Barrence Whitfield and The Savages and more. But when they come together, they form a synergistic unit, their energies equally matched.

Kicking off with an amped up cover of Junior Kimbrough’s “Sad Days and Lonely Nights”, Leg hit the keys and growled lustily into his mic while Jody’s attack on the drums was solidly timed as well as impressively creative. In an interview, Leg’s Black Diamond Heavies partner Van Campbell said he believed one could see the effects of the spiritual warfare Leg contended with as the son of a strict Baptist preacher working themselves out when Leg played, and it didn’t take long to see what Campbell meant. From the get-go, Leg’s right foot was stomping the floor while his long, dark hair flew in all directions, obscuring Leg’s face for almost the entire set.

While Leg remained pretty quiet between songs, when he called to the bar for a whiskey mid-set and was asked if Black Velvet was okay, someone in the audience began to sing the Alannah Myles song of the same name. Leg responded with, “Now don’t start that shit.”

Leg sprinkled tracks from his forthcoming album, Solitary Pleasure, throughout the set, following up the Kimbrough cover with the sexy “Do How You Wanna” and later including “Nobody’s Fault”, “No License (Song for the Caged Bird)”, “Drinking Too Much” (a Kill Devil Hills cover), “Georgia”, “Drowning in Fire” (which benefitted from an extended intro as Leg tried to recall the words to a song he hadn’t played since he recorded it), “Have to Get It On” and choosing his Link Wray cover, “Fire and Brimstone”, as an inspired closing number. In between, Leg and Jody inserted a couple of Black Diamond Heavies songs, a couple of Jerry McCain covers (with one, “A Cutie Named Judy”, sung by Jody), and even when they supposedly brought the energy down for an awesome Jody-led cover of the Velvet Underground’s “Oh! Sweet Nuthin'”, they were still more intense than many other high-energy bands at their high points. It was easy to get caught up in the ferocity, reminding me a couple of times of a conversation I had with Leg before the show about the similarity between religious fervor and the feeling produced by a good rock show. The intensity Leg and Jody
were able to put out to what ended up being a relatively small crowd after the St. Patrick’s Day amateur drinkers set left the bar to puke and pass out made me wonder how much more fierce the show might have been had it taken place in a full room with a crowd giving as good as they got.

Here’s a short clip of “Georgia” to show you what I’m talking about.

This shit is not for the faint of heart.
0
Shares 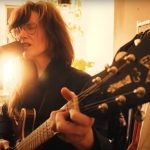 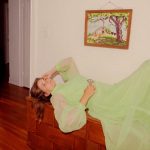