1. Let me tell you what I appreciate about James Hand: there is not a single phony thing about him. Not that you needed me to tell you that, with Kristofferson saying that “he believes” James Hand and Willie calling him “the real deal”. Despite such accolades, Hand has flown under the radar for most of his career. Shadow on the Ground is his second record for Rounder, and “Don’t Want Me Too” is a prime example of his no-nonsense way with a song. Hand shows no need to dress up a song with lavish production and extended wordplay, coaxing a whip-smart performance out of his band that crackles with an energy seldom heard today.

2. With his rhythm section accompanied by only a snaky guitar line and breezy steel, Hand lets his stark voice bottle up his feeling of unrequited love, swooping and fluttering with an impressive agility. His almost comically long run-on of an opening line laughs in the face of metaphors, but resonates with the honesty of someone whose pain keeps them from waxing poetic.

And I still don’t know why you did”

He recalls Hank Sr. with his drawling “why, why why” before lamenting that he wants someone who “don’t want me too”. Then, as quickly as it began, the track careens to a stop in just over two and a half minutes. His crisp, immediate approach has the freshness of Buddy Holly or Doug Sahm, and carries an energy that absolutely cannot be faked.

3. There is a lot of complicated music being made today that says half of what James Hand and his band get across in “Don’t Want Me Too”. To me, honky tonk or western swing has always been best enjoyed live at a place like the Broken Spoke, but Hand’s performance on this track surpasses that preference, coming off more reminiscent of early rock and roll. I am glad James Hand is giving lessons in how to make exciting music recorded live by real people playing real instruments, and I hope young artists are taking notes. 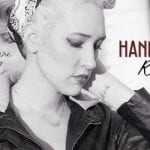 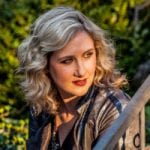