Rock & Roll Is For The Professionals: Interview with Ben Ambrosini of Taken By Canadians

Self-titled (Blind Owl) begins in a river with harrowing sincerity. Like the undercurrent of every great comedy, and tragedy, the songs howl like melodic questions, begging to know, “Will I ever be worth a fuck?” and “Who will save your soul?”

It’s been a long two years since Taken By Canadians sophomore album, We Eat You Like A Person. Over that time, the band signed to a label, had a lineup change and built a cult following with their genre-defying swagger and laudable contrarianism.

On January 26th, under the kaleidoscopic haze of oil projectors, Taken By Canadians took the stage in front of a packed house at the legendary Casbah in San Diego. The band and the crowd stepped out, in synchronicity, from their “town worth running from” to “the river.” Whatever those places meant to each individual, as TBC performed their latest album from start to finish, it was clear that everyone was “there.” Between the tufted leather walls of the punk rock haven, the jaw-dropping certainty of the group’s performance was met with the sort of personalized reverence that only happens when an audience finds themselves in the song.

In the wake of Taken By Canadians landmark performance, and the release of their new self-titled album, frontman and songwriter Ben Ambrosini and I sat down over a couple of whiskies to discuss rock & roll, doing it the right way and why their latest record is finally the record that they wanted to make.

NL:  The new record (Taken By Canadians s/t) really explores intentionally creating space to unintentionally disappoint people. There is an almost nihilistic celebration of the misfit. How much of that reflects the group’s feelings of unacceptance?

NL: Is that too much right off the bat? Sorry, it’s a bit much for a first question.

BA: I mean I love it, (laughing) I’m with you every step of the way on that one man. It’s all pretty damn true. Its who we are. At times I put a lot of pressure on myself to be a certain thing, but with this record I made it a point to look at who I am, and who we are, sonically, and as people, and I’m ok with it. I’m not apologizing for it.

NL: Did the decision to not apologize make the recording process more spontaneous?

BA: Yes, it is the entire spirit behind the album. This is the first record where I’ve just let go and let myself find out what it was going to sound like.

NL: How collaborative is recording with Taken By Canadians?

BA: I bring the song structure in, the lyrics, even if they aren’t done, but some kind of concept. They all write their own parts to it.

NL: Is that an easy process for you?

BA: It’s like anything in life where you have to trust people, even if they hear things that you don’t, you just have to trust that this is what the band is about. I used to spend a lot more time trying to trim that, but I feel like that is kind of bullshit. I want to know how they all feel about the song. For me, it was difficult to start doing that, but once you do it gets easier and easier and the process gets so much more fun.

NL: How did the recording process start?

BA: We started making the new record at another studio. We were trying a new approach. I brought in my own board and someone who was producing it with us. Then I got a call from one of the engineers at Lost Ark, they said, “Hey, we got a new board and we need a rock band to come down and test it out.”  We figured what the hell, we’ll go record a song and then we’ll come back and make our record in the studio. So we recorded a song and we had a great experience. Mike Butler, the engineer at Lost Ark, he is a wonderful individual and he is a pro. He knows when to give his input and when not to. It just blew all of our minds and we went back to the other studio. A couple weeks later he was like, “Hey guys, I have been thinking about the song.” He really liked it a lot, it was a song called, Do You Believe Me. He said, “I’ve been thinking about the song a lot and I decided to give it a quick mix.” And it fucking blew our minds. We had never heard the band sound on a recording the way we felt it sounded live. We were like, holy shit that is our band. Until that experience, I had just accepted that it wasn’t going to sound the way I felt the band sounded live. Then I just realized, holy shit, we have been doing it fucking wrong, we just never really had a say in it. This time we decided to have a fucking say. We decided to make the record that we wanted to make.

NL: Following your gut and working with professionals?

BA: It is just, I want to work with people that aren’t my friends. They might become my friends, but I want to work with people that are professionals. There is so much of that when you are in a band. You have so many people helping you do these things, and next thing you know you have your logo made by your best friend, and your fucking record made by your friend you met at some bar, and I wanted to work in a studio that had some magic.

NL: Sonically, part of that magic is that the record is never in too much of a hurry, the delivery feels very Californian. Its got a bit of a gangster lean.

BA: Yes, its swagger. It’s the shit I love about Velvet Underground, Lou Reed, you hear some of those records and if that were done another way, no thank you. But fucking Lou Reed, his swagger, you can’t teach that. That is the special thing about him. If I picked up a copy of Street Hassle by another motherfucker, I have no idea if I would care at all.

NL: All of my favorite records embrace the perspective of their time and place. They say, I’m going to be timeless by being specific. So you listen to Highway 61, Idle Moments or The Great Southern Trendkill, whatever, it hits like a ton of bricks because they capture perspective, thy transcend time and place by accepting it. As a listener, it feels like that was a conscious effort for Taken By Canadians on this record. 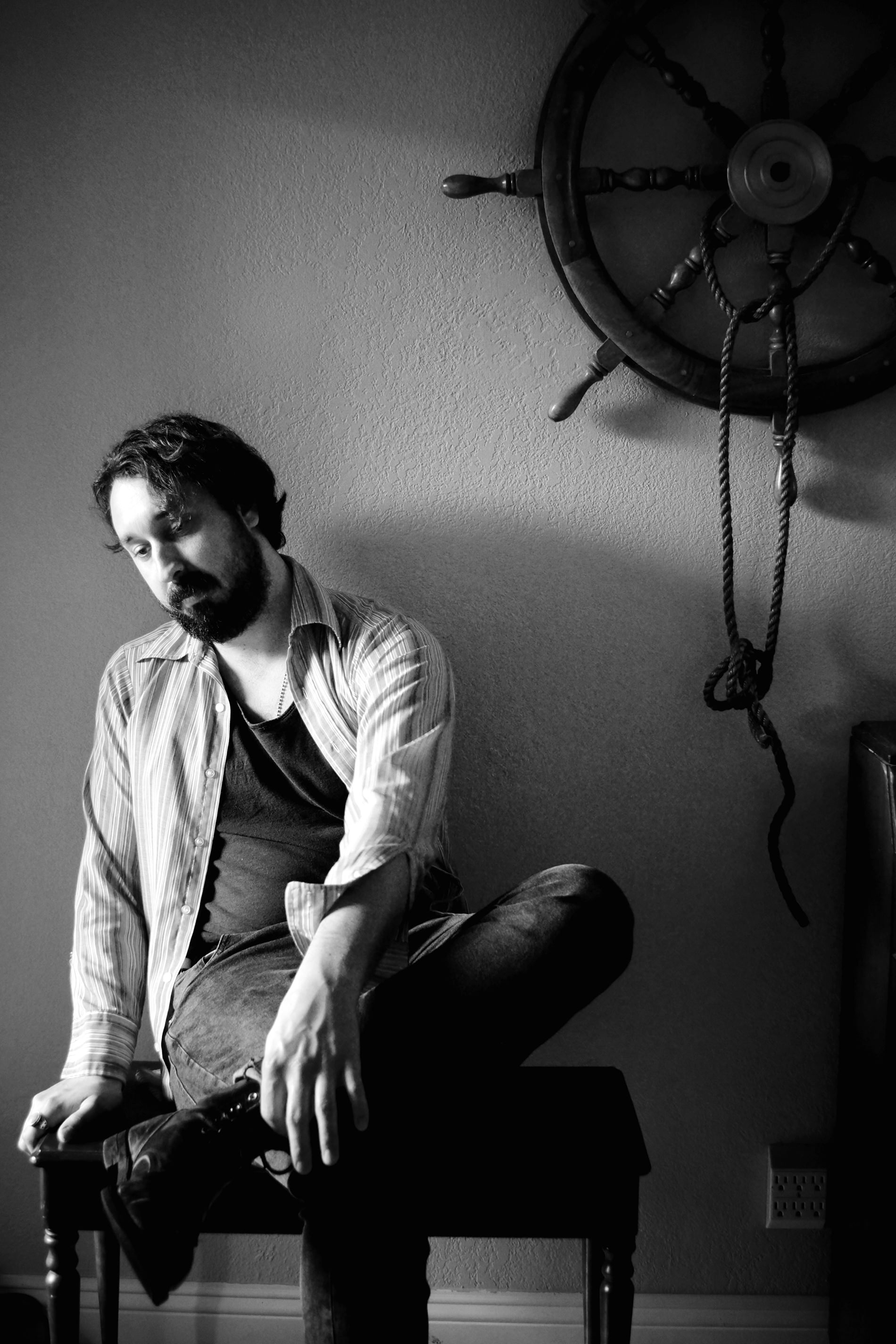 NL: I think it worked.

BA: Everything is on there. I think we did a pretty good job.

NL: So, what’s next for Taken By Canadians?

BA: We are going to play the hell out of this record – that is something that we’ve never done, have patience and give something time. So, I’m going to give it some fucking time. I feel like we captured what’s happening now, but next I want to force us to do something different, try to push ourselves even harder.

NL: Hey, so I got to ask, where did the band name come from?

BA: I really liked Neil Young and Joni Mitchel but they were taken. So I was at a party talking to a friend of mine and I was like, “I don’t know man, they are all Canadian bands already.” He kind of shook his head and said, “Taken By Canadians man, what a bummer.” That’s it, Taken By Canadians.

**All Photography by Elizabeth Lekas

(Ed. note: This interview has been edited for length.)