A badass stays true to themselves always. This means being themselves for themselves, and not being fake to impress others.—Urban Dictionary

For many of us, news of Tom Petty‘s demise Oct. 2 came as a shock. For South Florida musician, Monty Warren, it came on the heels of his return to the U.S. from Spain with roots rocker Phil Wolff in tow for the second leg of their 2017 We Don’t Need No Stinkin’ Sleep Tour. Last month, Monty (frontman for Monty Warren and the Friggin’ Whatevers) kicked off the tour in Mallorca, playing with Phil’s We R Comin’ band. The heartbreaking news of Petty’s passing has hit them so hard, they’ve decided to dedicate their next two shows to the South Florida native in gratitude for his music and influence. They will play Friday, Oct. 20 (8:30pm) at Swampgrass Willy’s in Palm Beach Gardens, Fla.

“Tom Petty was too young to die,” said the German-born Wolff who has been performing and writing his own tunes since he was in his teens. “But I’m sure his music will live on forever, and his musical talent and his passion for Rock and Roll that inspired so many musicians will never die.”

Currently, Warren and Wolff are busy recording a new collaborative album, tentatively entitled Two Badasses. This is their first collaboration, although Wolff was featured on MWFW’s last album, Far Out Close Up, singing “Hey, Junkman!” with Warren.

“I’m happy and blessed to have the opportunity to be able to do right now what I love most and to work with Monty,” said Wolff. “Some songs come from Monty and other ideas from my side, but they will all be Warren/Wolff compositions.”

The past few years, MWFW has performed “birthday shows” annually to celebrate the birthdays of Monty (Oct. 19), Tom Petty (Oct. 20) and Chuck Berry (Oct. 18). But this time around, Warren said: “Losing Tom feels like losing a brother, so this time we’ll focus on how much he’s meant to us.” 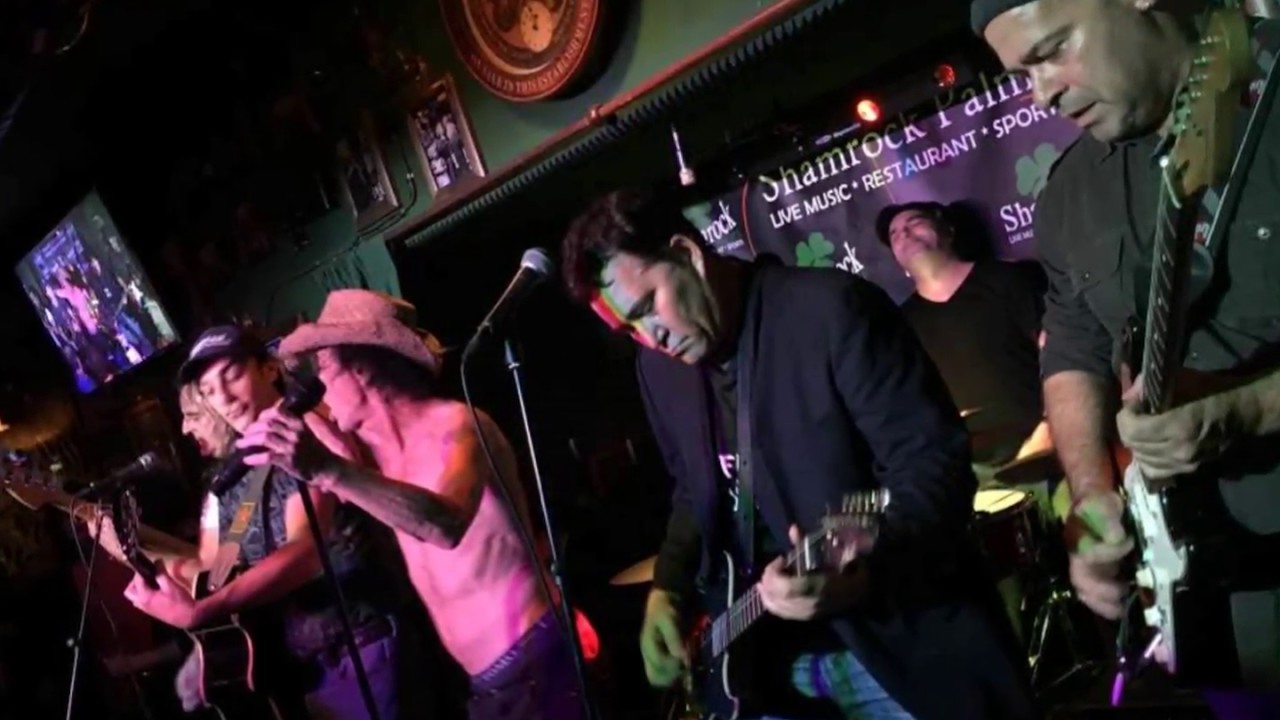 Interview with Monty Warren Remembering Tom Petty: “I shudder to think what life would have been like without that soundtrack”

Q: Do you remember the first time you were conscious of Tom Petty’s influence on your music?

Warren: In 1979, when I formed my first band in Atlanta, I only knew Petty’s work from “Breakdown,” which you could not avoid hearing on FM radio at the time. Our band’s lead singer (Alan Venable) not only turned me on to Tom Petty—who at that point had just released his masterpiece album Damn the Torpedoes—but he essentially taught me how to structure rock songs in a similar fashion to Tom’s. Because we were going to cover Petty’s “Shadow of a Doubt,” “Too Much Ain’t Enough,” and “I Need to Know,” I had to learn those songs off the albums. As soon as I dove into Petty’s first three LPs (Tom Petty and the Heartbreakers, You’re Gonna Get It, and Damn the Torpedoes)…I was hooked.

Q: Why do you think you were hooked so fast?

Warren: His music really resonated with me and who I was. I’ve always loved the Rolling Stones and the Beatles, and could immediately hear their influences. And I recognized a fellow “runt,” who grew up with a bit of a chip on his shoulder when it came to authority and bullies. Like me, Tom had a poor relationship with his father and was devoted to his mother. Like me, he had a strong sense of “Justice/Fairness,” and was a sucker for the underdog because he considered himself to be a “loser” who just happened to get lucky. And like me, his perfectionism and self-loathing was at the core of his successes, but also his failures.

Q: Would you say that your life paralleled his in any way?

Warren: When it came to music, yes. Petty came to know, befriend and make music with musicians he idolized. In my “real world” way, so did I. It has been my great pleasure to be able to meet and play with some of my idols: Terry Anderson & The Olympic Ass-Kickin’ Team, Rick Richards, Keith Christopher, Dan Baird. Petty helped other great musicians so they could be heard by a wider audience (e.g., Roger McGuinn, Del Shannon), and I brought the amazing rocker, Phil Wolff (lead singer for We R Comin’), over from Spain to do the same here in the U.S.

Warren: One of the best compliments anyone ever gave me was recently when Phil Wolff was listening to a compilation of Petty’s songs and mine and said that he was unsure which was which. For the last five years, whenever I’m on the road, his satellite radio show Tom Petty’s Buried Treasure has been my companion, riding shotgun with me through this too often bumpy but also beautiful ride. When he’d play obscure tracks from his own collection, it was like listening to my own.

Q: What’s the worst part for you about losing Tom Petty?

Warren: I was preparing to pay my annual respects by playing his material at my show on his birthday, Oct. 20, when I got the news and he’s suddenly gone. What amazes me is how many of my friends and even distant acquaintances reached out to me on Oct 2—instinctively recognizing that for me, it would be like suffering a sudden death in my family. As if he was my older, cooler, wiser, protective brother.

Warren: My feelings about Tom Petty’s life and its impact are now being shared and echoed by millions. Yet, I doubt he could ever have allowed himself to realize just how personally close so many strangers felt toward him. But, as Keith Richards once famously said about Chuck Berry: “Mozart probably thought he was second rate too.”

When I was five years old in the mid-sixties, I started listening to my older sister’s records, and they put me on the course toward discovering The Beatles, Keith Richards, and thereby, Tom Petty. I shudder to think what life would have been like without that soundtrack. That’s what our new roots rock album—the one I’m making right now with Phil Wolff—and its title song, “Two Badasses” is all about.

Note: The Oct. 21st show at Alligator Alley mentioned in the earlier story has been cancelled.