The former frontman for the band Gypsy River Haunts, Andrew Sheppard has gone solo with a new album titled Far From Here — an honest and soulful country rock album. Once an Angeleno, and now living in Idaho, he talks about the changes in his life and his music:

Kimberely Grant: Who is the Andrew Sheppard audience?

Andrew Sheppard: I would like to say that my audience is very much a working class audience. It tends to be a younger group of people getting into the whole roots music thing for the first time as well as the older audience that still believes in Americana and honky-tonk music, and the work that it takes to keep it alive.

When I met you, you were living in Los Angeles.  How long were you in L.A. and what brought you back to your roots?

I lived in Los Angeles for nine years and occasionally spent stints in different states during that time. Once I set out on my record-writing road trip, I thought I was going to just stay in Nashville. But life is constantly changing and I wound up in Idaho for a short visit and ended staying for a lot of reasons, realizing how much more I thrive in a mountain town, and needing to be in nature to feel a bit more sane.

You recently released your first solo full-length album, Far From Here. Tell us how the record came about.

The record Far From Here was inspired last year when I decided to quit my day job, pack up my 1978 Mercury Bobcat and my dog, Waylon, and do the whole travel America thing, and get new inspiration and perspective to write a full record of all the experiences that I would embark upon, along that journey. After about 8,000 miles of driving, I wound back up in Idaho with no plan to stay for any extended period of time. However I linked up with my childhood friends whom are all great musicians and we started learning all the new songs I had written. We started gigging a lot in Idaho and then it hit me that we had everything we needed to make the record I had in mind. So I decided we should all pack up and go cut the record at Bedrock Studios in Los Angeles with John Gilbertson. My now guitar player Wes Walsworth produced the record.  [He] is known for being the Scotch Greens guitar player and I always loved his work as a guitar player [and] songwriter, and his ear for a good sound. My childhood friends Drew Tomseth (drums) Cole Wells (steel guitar) and Dustin Bradley (stand-up bass) were all my first picks for other guys to have on this record. We ended up picking up a fiddle player from Kentucky named Tyler May and I also used L.A. local and everyone’s favorite bass player Ben Reddell on a few tracks too. All the piano tracks on the record we’re recorded by John Gilberston. Mike Whiteside of “The Far West” did me a solid and mastered the record.

How long have you been playing music?

I grew up playing bass in punk bands in high school years, but I have only been playing the guitar and writing songs since I was about 19 and I have just turned 27, so roughly eight years. 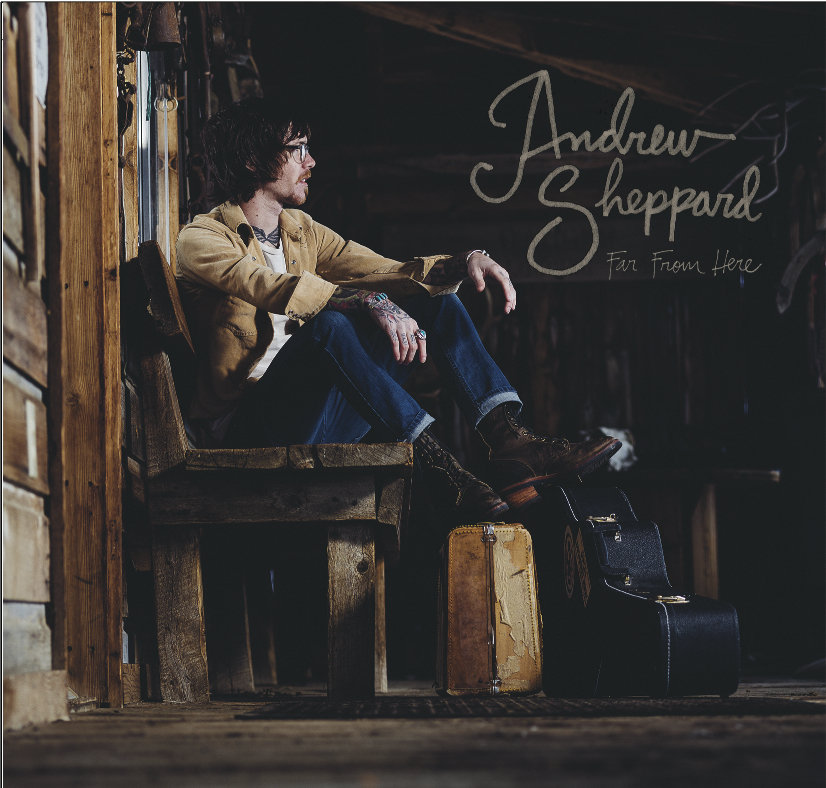 My songwriting process definitely varies, however, I usually will pick up the guitar and come up with melody for a long time and just hum until something worth while come out, a lot of word vomit until something sticks. I’m also very big on stream of conscience writing and getting as much down as I possibly can in a short amount of time. Re-writing has been a big process lately. I used to never revise my writing and that was foolish because listening back to old recordings now I would have changed so much.

The music scene in Idaho is great; we have a lot of good bluegrass and country music and everything in-between. Where I’m from, (Ketchum, Idaho) has a lot great bands such as Old Death Whisper (Whom I share players with) Sheep Bridge Jumpers, and the late Scotch Greens. You actually get paid very well to play in this state, which is a major plus as a songwriter living from gig to gig, and people are very supportive and love to dance and buy your merch!  We now have one of the best music festivals that I’ve ever been to or taken part in, which is TreeFort Music Fest in Boise. Highly recommended.

When you travel all over the country playing do you take a band with you, or is it a solo journey?

During all of my recent travels it’s been mostly me going solo, though the band and I travel together as well. I also have a full backing band in Los Angeles, and spend a lot of time playing with them in that city, too. My current drummer and I just did a 13 state drive in 15 days and played as a duo along the way. This summer we will be doing quite a bit of tour as a full band, which I prefer.

What can people expect to see at your live performance?

Whether it be me solo, or the full band I try to keep my live shows high energy without being some spazzy idiot on stage. I like to communicate with the audience as much as I can to make it a personal experience and let my players shine, too. You can always expect us to be having a good time and being sincere about what we do.

What’s your favorite city/venue to play (so far), and what would your “dream gig” be?

My favorite city to play is still Los Angeles at The Overpass. There’s something very real about playing from 2-4a.m. in a smoke filled room with a bunch of degenerates dancing around. But if I could play any place right now it would probably have to be Red Rocks. I love outdoor venues and especially places that force the audience to pay attention.

What’s next on your journey?

My plan’s for another journey are to tour on this new record as much as I can and try and get back over to Europe. I’d really like to start playing in Ireland, Scotland. They seem to have a good time, and I like good times.

This article was originally published in the online Americana magazine Turnstyled Junkpiled.