I am always excited to discover new artists, but especially those that are creating new genres all their own. Josse Jaffe, who is based in California, has traveled to all parts of the world gathering inspirations for his music. His latest album, Dub Mantra Sangha Remix, is the result of this eclectic artist’s continent-hopping. It mixes electro-dance influences like dub and electronica with world and reggae, threaded together with yoga mantras. Sound intriguing? Read on to learn more about this genre-mashing artist…

Congratulations on your upcoming album, Dub Mantra Sangha Remix! I love your combo of dub music, chill, reggae and singer-songwriter aspects! What (or who) would you say has been your biggest influence for your sound on this album?

Thanks so much! Lately I have really enjoyed playing some shows in South Korea. I’m inspired by their creative approach to production. They love
“mash-up” culture there, with songs effortlessly bending genres in a seamless way. Dub Mantra has never been anything if it wasn’t a mashup! So I wanted to take it one step further and really explore the genres of electronica that appeal to me. Tastefully done electronic music has always been one of my favorite kinds of music (à la Thievery Corporation and Tycho). So it sort of grew organically from there.

It’s pretty exploratory. I used to joke me in the studio was like Jackson Pollak, I throw paint at the wall and see what I have. But this album has been different, it’s been more about stepping back and letting the remix artists explore. It’s been fun to learn how to produce in a new way in collaboration with very established DJ’s. I offer suggestions but my philosophy has always been to give an artist as much freedom as possible, it makes the best magic.

Seeing that you’ve recently toured in Korea, Taiwan and Japan, you obviously have an affinity for the Asian cultures. What’s the biggest difference between the audiences in these countries versus your audiences in the US? Do you prefer one country over the others?

I’ve really enjoyed performing in East Asia. Especially in Japan the appreciation and listening level is quite high. Being an artist is a scrap everywhere but in the US you particularly feel like you’re on your own most of the time. When someone wants to showcase your music in Japan or Korea you definitely feel appreciated and have a lot more support. The audiences have been larger and I feel like my music is connecting with ears and having an impact. Plus the food is incredible and there’s some fun surfing over there!

What was it like touring 22 music festivals? Does any particular festival stand out the most for you?

It was pretty freaking fun! Really it was one of the best times I can remember. It takes a certain constitution to hold up over such a long stretch. By the end I was pretty worn out but it still felt great. All of the festivals were beautiful. I’m so happy we have such a vibrant festival culture. A lot of us see them as little laboratories for a more conscious and loving society that I hope is emerging on a larger scale outside. I can’t pick the “best” as each is it’s own little universe. Beloved is pretty amazing just because of the setting in the deep forests of coastal Oregon.

After Dub Mantra Sangha Remix releases on July 16th, what other recording projects are in the future for you?

Yes! I’m excited for what’s happening. The first half of the year I worked on two albums as the producer for other artists. It was my first time in that role and I’m happy with the results. One of my hero archetypes has been the Quincy Jones, Rick Rubin impresario type and I’ve always wanted to try my hand at that. I enjoyed the process and hope to get more projects in the future. I’m currently knee deep in my next album being produced by DJ Taz Rashid (produced Ganesha & Aloha 2 standout tracks). We hit it off and are doing something pretty different for me! A “dream-pop” style album with English lyrics and a pop electronica flare. Beyond that I want to do an album of mantras and songs in a really stripped down acoustic style. Stay tuned!

Where else do you plan to tour?

This summer I’ll be back at Beloved and Bhaktifest as well as the OC Yoga festival in Huntington Beach. Then a bunch of shows on the West Coast and back to Asia in the fall for Thailand Yoga and Arts Festival and Korea Yoga Conference, with more events coming on line soon! 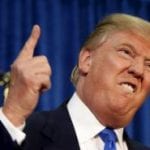 A Chillax Playlist for Nuclear Trump… and Us