Here I Am: An Interview with Vincent Poag

Vincent Poag’s face doesn’t grace the front cover of his latest LP Heroes and Demons. However, for an artist whose music is distinguished by eclectic, narrative vignettes, Poag’s seeming aversion to the camera has less to do with disguising his countenance than it does with drawing attention to the album’s ten songs.

Poag describes songwriting as “exasperating,” as the nose-to-the-grindstone experience is seldom one he enjoys. “There are occasional highs such as coming up with a good line or melody,” he explains. “Some songs flow out easier but like anything else worthwhile, good songwriting requires hard work and takes time. In this case, it’s balancing your own expectations against your own critique.”

Regardless, in corresponding from his home in New York, the sixty-something Poag offers keen insights to his songwriting and how his process shaped Heroes and Demons.

[Donald Gibson]: What was your general ambition for this third and latest album, Heroes and Demons? Did you aim for it to incorporate any characteristics that your previous two albums may have lacked or overlooked?

[Vincent Poag]: I think of my albums as Broadway musicals except there’s no theatre actors or costumes and instead of one story it’s a compilation. I don’t have an overall plan other than to try to diversify. Otherwise, I go with the flow. Writing ideas come in the form of unexpected inspirations. It’s a mystery where songs/melodies come from. Each song has a birth and life of its own. You would think I’m responsible and in control, but I’m never sure when it’s going to come or where it’s going to go. It just evolves. As for a theme, I’ve incorporated a few heroes who have inspired me to memorialize them in song. I didn’t set out to do this… it just worked out that way. I’ve thought of writing a song about the many unsung heroes out there such as policeman, firemen, teachers and various caregivers. They deserve a song. Maybe one day!

Can you describe, in general, your songwriting process?

I don’t have any set routine for songwriting. If I did, it would be a job and I’d quit. When I do get an idea I make a note in my phone or a voice memo. I usually start lyrically but oftentimes I hear a melody simultaneously. Most of the time I don’t finish a song in one seating. Some songs will take a few days, some weeks, some months and some years. I have hundreds of unfinished ideas in varied stages. I write when I’m stimulated or feel I’ve been lazy. I wish I could say I enjoy the songwriting process, but it’s often frustrating as I’m not easily satisfied. I love finishing a song as it’s very rewarding. There’s a personal pride and feeling of accomplishment. New songs usually play in my head for months afterward like a catchy melody. I hope that’s a good sign.

How personal are these songs to you? Similarly, do you tend to appreciate songs more if you believe they are based on the literal truth of the songwriter’s life?

I believe every songwriter’s songs are personal to them in some way. My songs are all my children. I gave them life. I love them all uniquely.

You mention in your online biography that while plenty of artists have influenced you, Bob Dylan has inspired you. How so?

Bob Dylan just got to me. I’ve been a passionate outspoken fan since hearing his first album as a young teenager. I’d taken guitar lessons when I was eight, but was shortly bored with songs like “Little Brown Jug,” so I gave it up. He’s the reason I picked up the guitar again, learned chords and started writing songs. Bob’s got a way of saying things like no other. His vocal delivery with its inflection and phrasing is groundbreaking. His vast body of work is a credit to hard work and productivity. His Dali-like musical artistry is only surpassed by his timeless Shakespearian-like poetry. He’s the most influential songwriter ever. I’m drooling. My song “Piper Play” was inspired by Bob Dylan.

Your lyrics reflect several colorful connotations and styles of language: alliteration, inner and unorthodox rhymes, irony, vivid imagery. Can you trace how such attributes now manifest in your music? Have any particular literary writers or perhaps select prose or poetry influenced your lyricism?

I usually read fiction novels so I can’t say any prose or poets have been of particular influence. I’ve been primarily influenced by the great singer-songwriters/poets who are too numerous to name. I also love the music and poetry of the standards as well as the great Broadway musical composers. So many fabulous songwriters now and gone. The great ones live forever.

In a number of songs—“Here I Am,” “Young Again,” “And the Ocean Rolls,” to cite but a few—you pit themes of nostalgia and weariness against ones of redemption and emotional renewal. Was this deliberate from the outset or did these songs and themes take shape in more organic, subconscious ways?

We all loved the movie Rocky because we relate and always root for the underdog. We love a comeback story. In a way, we are all underdogs dealing with life’s overwhelming odds. Our individual achievements should be acknowledged and celebrated as they are remarkable. We’re all pretty resilient when you consider the endless curveballs life throws at us. This may be a recurring theme in my writing now that you mention it. It’s certainly a recurring theme in my life.

Are you ever reticent to reveal too much of yourself in the songs you write?

I don’t think about it. There’s so much interpretation or misinterpretation in how people relate to songs. I’m happy with any relation.

The videos for such songs as “Beautiful Day” and “For the Girls” (from your previous album) are animated. Is there a specific reason or artistic rationale behind that?

YouTube videos are one of the few creative ways for unknown artists to get exposure. I am also trying to break in with music supervisors as I think many of my songs lend themselves to original TV and movie content, which is exploding. The first breakthroughs are always the hardest. I felt animation would give me the most flexibility creatively. It’s lighthearted humor based on reality. My first animated video was “Stress” off my album Circling Back. It still gives me a kick.

How do you perceive your evolution as a songwriter over these past three albums? You didn’t release your first album, Circling Back, until middle age. By doing so, do you think you developed more of a mature means of expressing yourself ultimately as an artist in his fifties and sixties in ways that would not have been possible had you released your first album when you were in your early twenties?

You would certainly hope your age has been accompanied by a degree of maturity and wisdom, but I’ve met some old doozies. It’s been tremendously advantageous to have the ability to work with Kathy Sommer, my open-minded brilliant conductor-arranger, and Matt Anthony, my multitalented musician engineer, during the production of my last three albums. I’ve learned a great deal. It’s definitely opened my eyes and ears to instruments and orchestrations I had no previous exposure to. I’ll never know what might have been had I released my first album in my twenties.  I don’t go there, as it didn’t happen. I couldn’t support myself musically back then, so I’d probably have starved to death. At this stage I’m independent. I don’t have anybody to answer to except me. I write what and when I feel like it. I’m lucky to have this freedom, but we could all use a little help from our friends. 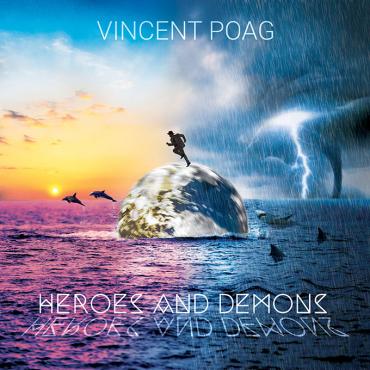