What began as a moniker and solo project for singer and guitarist, Daniel Cervantes, (Howlin’ Rain, Creature and The Woods) has progressed into a full-throttle rock n’ roll band. With Vol. II, Mrs. Henry solidifies their lineup and mounting cult-status by unapologetically chasing a pure, unreplicable musical moment.

In the shadowy corner of a neighborhood bar in Golden Hill, rock n’ roll nice guy, Daniel Cervantes and I grabbed a beer, talked Vol. II, the forces of good and evil and the future that has already been.

NL: Vol. I and II have taken roughly two years to complete, why such an ambitious debut?

DC: I always saw them as one record. It was one record that we went in to record but once we finished we realized that we had enough for two records. So we decided to split it up because a triple LP was too much to put out.

NL: Besides just breaking up the length, is there a thematic progression from Vol. I to Vol. II?

DC: Vol. I and Vol. II have two different personalities and characteristics. Vol. I is a lighter record in tonality and Vol. II is a darker record. It is only going downhill, (laughs) but in a good way. Vol. II starts off very heavy and very dark and just keeps going. The two volumes have very simple cover art, they just read Mrs. Henry Vol. I, Mrs. Henry Vol. II. Vol. I is dark blue text on a white background and Vol. II is the inverse with white text on a dark blue background. We really wanted to have that stripped, simplistic dynamic to spring off of.

NL: Did the journey from light to dark influence the songs and arrangements as well as the presentation?

DC: The arrangements just happened out of chance and serendipity. We actually didn’t choose the sequence, my buddy Jeff was the one who came up with it and we thought it was a really outstanding sequence. The music progressively gets progressive. On an arrangement level, the music gets more complex and tonally the music gets darker. 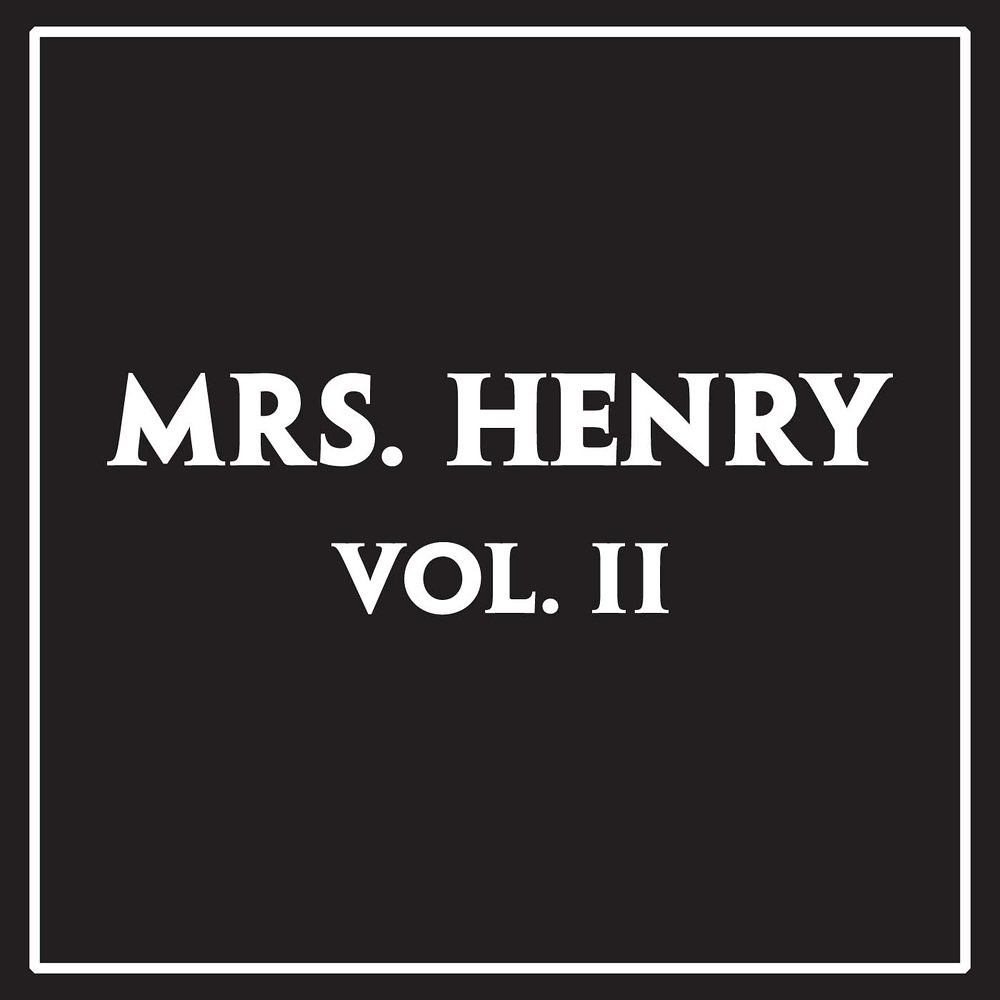 NL: Vol. I and Vol. II are considered Mrs. Henry’s debut release, but Mrs. Henry has seen a few lineups and recording studios over the years, how far of a leap was it from Otay and the previous Mrs. Henry incarnations to the new record?

DC: It’s a huge leap, because it became a band. Where Mrs. Henry started was a band, but the progression from Otay was several bands, with one common thread – myself – kind of carrying it through. It started off as a band, but I didn’t see it that way. My head space was more, this is my band. Now, Mrs. Henry is four people, (Blake Dean, Chad Lee, Jody Bagley) it’s not just one vision or one thing, it’s a band. It is four people that make the fifth member, and that fifth member is Mrs. Henry.

NL: All four of you guys are great sidemen, with notable careers in your own right, how is the collective Mrs. Henry experience different from the other projects that you are involved in?

DC: It’s self-expression that is completely selfless and completely selfish. All of us get to put our ultimate sense of self into something. Other projects I’m involved in, I have a little guy on my shoulder saying, “Hey you should do this.” I know my position and my role, I wear a hat and with Mrs. Henry I can just be totally naked. I can be totally myself and I think everyone in the band can do that.

NL: Has the freedom to be yourself changed the creative process?

DC: If I think about Blake and his bass playing, I’ve never once asked him to play anything, I think, ever. And I literally sometimes forget that there is bass there, then when I go back and listen I go, “Holy shit, he’s doing this insane stuff!” He comes in with a Talk Box, first bass player in the history of my life who came in with a Talk Box and I was like, alright, the bassist has more pedals than anybody in this room! He’s got a Talk Box, but in my own restraint of being like, Blake brought this thing in, let him do it. If he is completely expressing himself and being himself, then I get to completely express myself and be me.

DC: Where Vol. I starts and Vol. II ends is a journey.  Vol. II is the second half of a story about where we started. Here is the play, the scenes, the themes.

NL: Do you have to start with Vol. I to understand where Vol. II goes?

DC: I’d always say start at the beginning to have context about where it ends.

NL: Vol. I and II is the journey of a group of guys becoming, and being a band, but when you listen to these records, every song seems to have it’s own little story and moral.

DC: There is a little story in each one of those, some kind of fable, some kind of intention to get across. But the story is whatever you need it to be. I’ve always been the main lyricist in Mrs. Henry, so everything in I and II, besides the covers – Positively 4th St, Man In Me and Lovin’ You Baby – are expressions of stories and incidents in my life. Whether heart break, or close to heart attack, or a near death experience, or a day being stoned cruising through Facebook, all of the songs are written about situations throughout my life.

NL:  Through all of those experiences, is there a central theme, or message?

NL: You’ve collectively journeyed from light to dark through parables and life experiences, Where is Mrs. Henry going from here?

DC: As Chad would say, “Where we are going is where we’ve already been.” It’s where we are and its exactly where we are going. It is where the band has already been and where the band is. Our next record is called Mrs. Henry’s Mothership, and it’s a documentation of what we have been doing for the last two years. Which is becoming, growing as a band, and creating our sound. Mrs. Henry Vol. I and Vol. II was like, put all the bullets in a gun and shoot it. And this next record is what we’re hitting. Maybe we’ll kill it, maybe it’ll bleed, I don’t know. But for the first time in Mrs. Henry we’ve stayed together and we’ve created something, that’s what we’re going to keep doing.

(Ed. note: This interview has been edited for length.)