When you’ve got Aretha Franklin, Mick Jagger, Keith Richards, Wilson Pickett, Jimmy Cliff and Gregg Allman in your rockumentary, do you really need Bono and Alicia Keys? No, you don’t. And yet Muscle Shoals, about the Alabama hamlet which gained outsize fame for its record-producing prowess, feels the need to chat with the pair, despite their flimsy relationship with the subject matter. This critique marks the beginning and end of bad things which can be said about this glorious documentary, which should be an Oscar contender, and is easily the best Americana film of 2013.

Had Muscle Shoals featured two hours’ worth of still frames of woodpeckers and beetles, relying exclusively on a sonic backdrop of the area’s dueling studios’ spectacularly compelling musical output since its early-’60s genesis, it would still be worth watching. But Muscle Shoals is gorgeously shot, its rich, almost comically verdant depictions of the Tennessee River-straddling border town literally showcasing the mud from which the music rose.

Muscle Shoals also has the benefit of the Sound’s progenitor, Rick Hall, a hard-drivin’, hair-dyin’, Rollie Fingers-mustached octogenarian whose life could not be rendered more tragic by the most morose of novelists. Without delving too far into plot-spoiling specifics, Hall’s rugged existence on the farm makes Dewey Cox’s upbringing in Walk Hard seem like a piece of cake.

One might think that a studio which recorded a slew of up-and-coming black artists when it was, to put it mildly, less than fashionable to do so down south would be renowned for bravely assembling a cadre of black session players. Hall did this later on, but when he started out, his session men were almost uniformly white. This makes for a topsy-turvy–and highly entertaining–racial dynamic, especially when the likes of Franklin and Pickett weigh in, that makes Hall’s FAME studio seem all the more revolutionary. African-American music is framed as transcendent; it’s not black music, it’s just great music. And, at the time, it served as a sociological super glue that no doubt helped America vanquish its ritualistic bigotry.

The film’s central tension point comes when most of Hall’s players are lured away by a turncoat label boss to start a rival studio nearby. A more predictable film would have wrung this for bitterness, but Muscle Shoals announces the split and swiftly moves on. What at first seems like a conflict-averse cop out by the filmmaker, Freddy Camalier, soon reveals itself to be a masterstroke. Hall simply dusted himself off and found other expert players; so intense was demand for what Muscle Shoals was offering, that it quickly became clear that there was more than enough sound to go around. 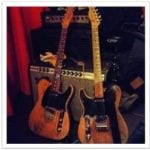 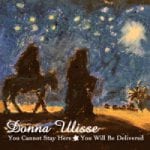