LOS ANGELES, Calif. — Legendary guitarist, singer/songwriter, Grammy winner, producer and Rock and Roll Hall of Fame member Lindsey Buckingham will release his sixth solo album, Seeds We Sow, on September 6, 2011.  This album is Buckingham’s first self-release, in which he took a true DIY approach, not only writing and performing every song on the record but producing and mixing them as well. Buckingham also announced a 31-city North American tour in support of the album which kicks off on September 9 in Nevada and continues through October 25 in Napa, CA (full routing below).  Tickets go on sale in select cities beginning June 16, check your local venue for ticket purchase and on-sale info.

Speaking on Seeds We Sow, Buckingham says, “This might be the best work I’ve ever done. I think it’s an excellent representation of what I do. It shows a certain maturity and musicianship and I just feel like I have a lot of tools in my musical vocabulary from which to draw that are again the product of the choices I’ve made. It’s on my own terms. This is very much from the inside out and I hope I never stop doing that.”

From the album’s first single “In Our Own Time,” to the soft melodic pop/rock tinge of “End of Time” and the album’s most rocking track, “One Take,” to the touching “When She Comes Down” and the almost lullaby-esque hushed tones of the gorgeous closing number, “She Smiles Sweetly,” the album showcases Buckingham’s full arsenal of skills.  Just as his guitar style on Seeds We Sow is more mature and refined, so too are his lyrics, with one of the standout tracks being the hook-laden “Illumination.” “I think the lyrics over the years have actually gotten better because they’ve gotten a little, I don’t want to say obscure, but more poetic in the way they’re created,” he says, adding, “It’s a mysterious process even to me.”

Palo Alto, CA native Lindsey Buckingham is best known for his work as guitarist, male vocalist and songwriter for Fleetwood Mac, a band that has sold more than 100 million albums worldwide, won countless awards, sold out venues around the world, and helped define the sound of rock for the last three decades. Buckingham was the predominant musical force behind such Mac albums as Rumours and the innovative Tusk, and has created a critically acclaimed body of solo work that yielded the hits, “Trouble,” “Go Insane,” and “Holiday Road.” After moving to Los Angeles in 1973 with then girlfriend Stevie Nicks, the two were signed to Polydor Records and released the now cult favorite Buckingham Nicks album.  The two joined Fleetwood Mac on New Year’s Eve of 1974 and the band’s self-titled album was released in 1975.  The album was a hit, however, it did not compare to the success of 1977’s Rumors, led by the Buckingham-written single “Go Your Own Way,” which has gone on to become one of the best selling albums of all time (even re-appearing on the Billboard Top 40 in 2011 after the “Glee” episode paid tribute to the album). 1979’s critically acclaimed double-album, Tusk, famously cost the band over a million dollars to record and was followed by 1982’s Mirage and 1987’s Tango in the Night, also huge commercial successes for the band.  Buckingham’s first solo album, 1981’s Law and Order, produced the hit single “Trouble.” Buckingham’s subsequent solo albums, 1984’s Go Insane, 1992’s Out of the Cradle, 2006’s Under the Skin and 2008’s Live at the Bass Performance Hall and Gift of Screws have all earned critical acclaim.  He was recently honored with ASCAP’s Golden Note Award, and has also received The Les Paul Award.  For more information please log on to www.lindseybuckingham.com.

Sat., Oct. 22  VANCOUVER, BC  The Ctr. in Vancouver for Performing Arts 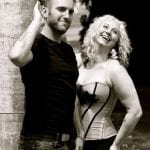 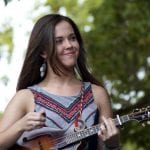