Up at the Hotel Dylan 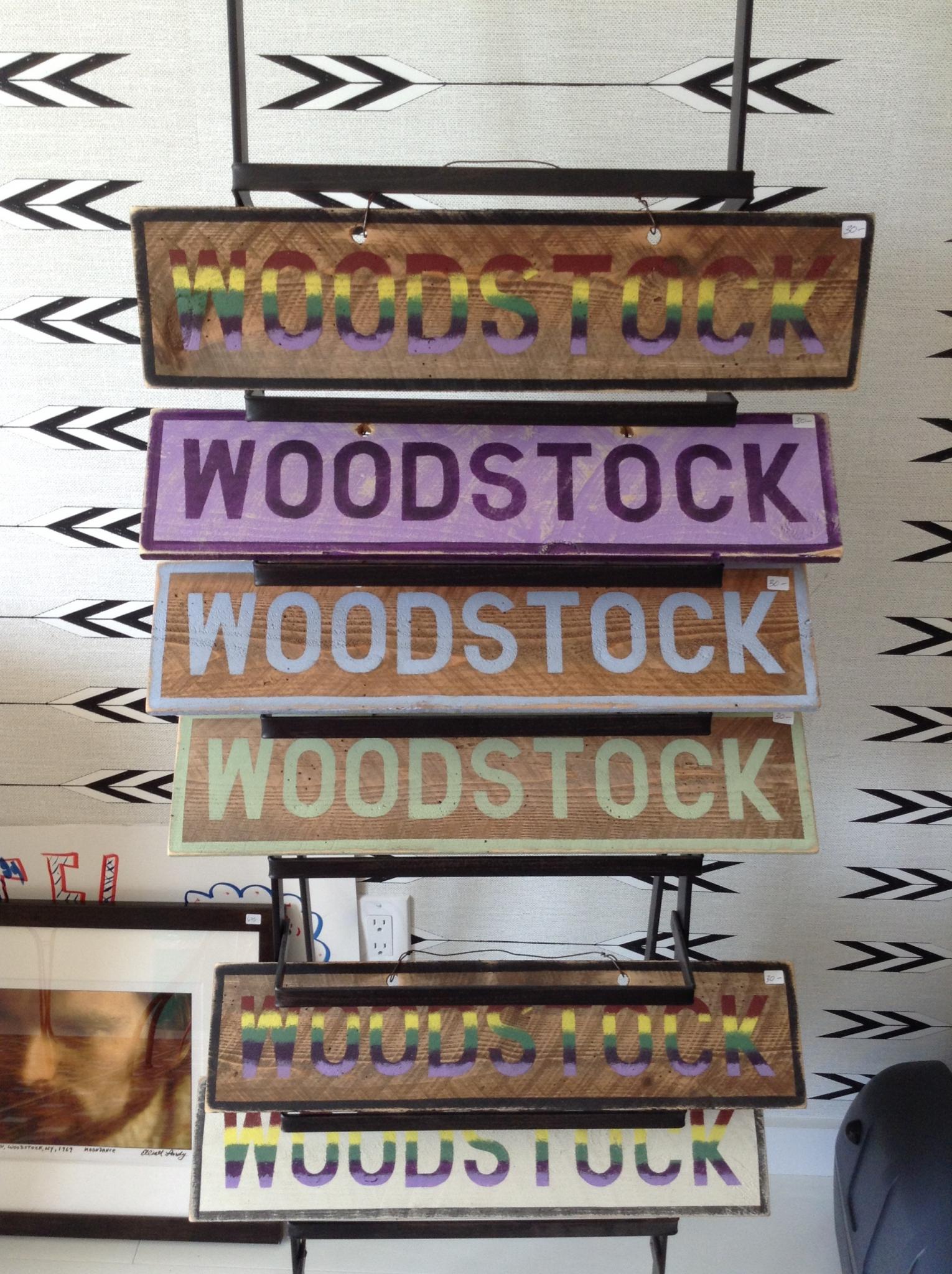 Woodstock, New York has a new hotel.  The Hotel Dylan, on Route 28 at Maverick Road — just west and south of town — opened on June 15. Already, word is spreading and its spanking-new, fanciful, musical rooms are filling.

Paul Covello bought a defunct restaurant, the Black Bear, and the buildings adjacent about a year ago with an eye to more than a hotel, though the hotel would be his property’s centerpiece. He engaged New York duo Cortney and Robert Novogratz to design the hotel, and fans of “The Novogratz” are already flocking to stay, along with music lovers and hikers, and folks escaping Manhattan heat for cool Catskill nights.

The Hotel Dylan has two stories of rooms named for musicians associated with the area, and/or with the 1969 festival, and for supporting characters. “The Jimi” is next door to “The Roadies,” and “The Van” shares a wall with “The Hippie Chick.” A magnificent suite, the largest room in the hotel, is appropriately the province of the Band. Every room has a pretty little Crosley turntable, and you can check out records to play while you stay.

Manager Karen Ridder showed me into the Band Suite with a smile. The hotel’s rooms are bright, pretty, and sparkling with what Covello calls the Novogratz’s “bohemian sophistication — a great vibe, clean and crisp,” but also comfortable, and welcoming you to flop down where you please after a long night at a show. Elliott Landy’s photo of the Band from Music from Big Pink (1968) is on the wall, folk-art rugs on the floor, and a pattern of arrows on the walls. The Woodstock area’s history well before the 1960s — back to the days of the Native American tribes who prized the mountains as a salubrious home — and since then, too, all feels reflected in the décor.

You can buy Landy’s celebrated photographs from Woodstock, and of musicians who once lived and still live here, in the hotel’s cheerful breakfast room that currently doubles as the office. Muffins, fruit, and Platte Clove Naturals granola coexist comfortably with local art and books.

Covello says he plans a gastropub in the former Black Bear, which still has its magnificent wooden downstairs bar, and is busily looking for restauranteurs now. Upstairs, there will be a music venue for “intimate, unplugged concerts.”  The old yellow house on the hill above the hotel is being renovated now to serve as the main office and a day spa.

If you’re already wilting in the summer heat, and pining for good music in a cool place, Woodstock’s where you need to be.  The Bearsville Theater has fine and varied shows all summer long. The Colony Cafe, right in town by the village green, has a slate of album release dates for local artists including Mike + Ruthy. The Summer Hoot at the pastoral Ashokan Center, with a lineup including locals Jay Ungar and Molly Mason, David Bromberg, Jay Collins, and Simi Stone, is at the end of August. Levon Helm, whose drumbeat was the mighty heart of the Band, passed away in 2012 after many years of calling Woodstock home — but his great spirit is still strong in “the barn” at his house on Plochmann Lane. The energy and vitality of Levon’s “Midnight Rambles” plays on in the capable hands of, among others, his daughter Amy Helm and the Ramble’s longtime bandleader Larry Campbell. Hear Moonalice at Levon’s on July 25, and treat yourself to a guitar workshop with Larry Campbell on August 10.

You can’t find a little town this close to big, hot cities with fresher air, friendlier outdoor restaurants, better streams for swimming, and more music, day and night. The Hotel Dylan is a fun, funky, convenient new addition to the many good places to stay in Woodstock. Come on up.