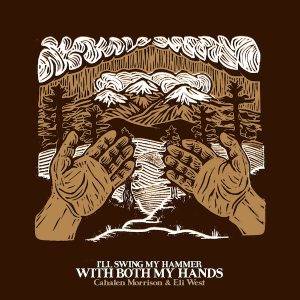 by Kim Ruehl, for FolkAlley.com

Traditional old time, folk, and country-western music isn’t necessarily the first thing that comes to most people’s minds when they think of Seattle. When the Emerald City gets respect for its rootsy music, it’s usually from critics praising the acoustic spirit of bands like Fleet Foxes and the Head and the Heart. But, the truth is that Seattle’s relationship with old timey music and trad country goes back far beyond the hipster culture that makes it out of that town these days.

The truth is, there is a robust old time community in Seattle, and Cahalen Morrison and Eli West are among its very best practitioners. Luckily for the rest of the country, they’ve begun making waves well beyond the confines of that bucket of rain. Part of that is attributable to the fact that their simple and direct sound belies the complex and richly nuanced technical skill in their arrangements. It’s folk music for people who aren’t folky; it’s as playful as it is accessible, as imaginative as it is sincere. They tap into Seattle’s honky tonk history (everyone from Laam’s Happy Hayseeds to Hank Sr. once upon a time passed through), marrying it with deep roots, Appalachian folk elements, parts of bluegrass and jazz and their own creative imaginations. It’s the same stuff that came together to characterize the Northwest’s pioneer spirit.

Crank up their latest album I’ll Swing My Hammer with Both My Hands, and you can hear that pioneer spirit through the joyful, hard-working, occasionally expansive nature of their songs. “Livin’ in America” is equal parts Appalachian fiddle tune and Rocky Mountain rag. The swinging “Natural Thing to Do” is so catchy and slow-dancey, it almost feels like something you’ve heard before.

Indeed, Morrison and West have proven, over the course of their small handful of records, that they have a knack for making everything they do feel rather familiar. They’re not capitalizing on a trend, but are instead embodying the traditional music that is at the foundation of so much of the millennial folk boom.

I’ll Swing My Hammer is their follow-up to Our Lady of the Tall Trees, which was a favorite among folk fans and bloggers alike. And, it marks Cahalen and Eli as one of the most reliable singer-songwriter pairs on the circuit. Listen to this full stream and hear for yourself.

** Audio for this ‘Hear It First’ feature is no longer available.** 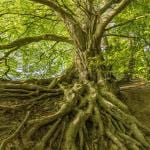