Hangin’ Out with Jules Shear and Pal Shazar

Last night I greeted musician, artist and my internet friend Pal Shazar the same way I did the first time we met a little over a year ago: with a big hug. As those who read my posts know, and those who don’t will…me and Pal became pen pals since I began writing about her and her husband at the end of the year before last. And she and I share something in common in addition of a fondness for dogs. We both love the music written and sung by her husband Jules Mark Shear.

When the two of them decided to join creative forces and record an album together for the first time, Shear/Shazar, it coincided with my furious search for the ‘hiding in plain sight’ Shear that found me looking far and wide. I tracked him from Woodstock to Ojai, to North Carolina and back to the Empire State…never thinking to look in South America, and if I can be honest it was just a half hearted attempt at best. I do not stalk, but it was driving me a little crazy that here was a man in this day and age without an internet footprint. At the time there was no presence on Facebook, Twitter, a website, an email address, local clippings, tours or gigs. Even his last known label, and he has recorded for what seems like dozens of labels, only had some peripheral information on a static page.

Pal has always been out there though. As half the band Slow Children, an occasional solo foray, and with her beautiful and glorious art…she could be found with very little effort. But I kept myself at bay and just waited. And waited. And waited. When one morning Pal created a Shear/Shazar Facebook Page, I think I was one of the first visitors. And so began the beginning of this small community of fans from around the world who are entranced by the words, music and unique sound that this family has been generously sprinkling into our world once again. And with a vengeance it seems. For in addition to the first duo, there is a second on the way. And in the middle of last year, Jules released another brilliant solo album…Longer To Get To Yesterday…which was his first in five years.

Back when I was still living in California and beginning to make plans for a move to the lower Hudson Valley just north of the Bronx, I shopped on the web for a new Unitarian congregation that my youngest son and I could join. Note that I do not use the word ‘church’…as most ‘congregations’ are called simply that, or possibly a simple generic “fellowship’ or ‘society’.  That I refer to our spiritual path as the “Church of Long Haired Women and Bearded Men’, which often gets me called into the minister’s office, we are a liberal and humanist breed of folks and there often is a musical component or connection. Hardly any acoustic musician these days within the roots music community doesn’t miss a chance of performing when they can in a Unitarian building, along with usual suspects of house concert, coffee house, small club and festival date.

And so it was that we found the First Unitarian Society of Westchester in the town of Hastings-On -Hudson. FUSW is the name we call it. (Our past congregation was called PUUF. A separate story could be written about these little alpha-hybrid names.) And the reason we chose this as our Sunday home base, (besides that it’s close to home, has a great minister, strong youth group and a thriving membership), was in large part because of Carter Smith. He produces the amazing long-running Common Ground Community Concert series, which is based in our building and sometimes uses other venues in the area. As one scans the list of artists who have graced this stage(s), it becomes clear that this is one of the pre-emininet stops on the road for great roots music. In January of 2013 I encouraged Pal to email Carter, and fourteen months later, in the early Spring on a quiet night by the river, the Shear/Shazar show came to town.

This could be a review of the night, and maybe it will be. Here’s what I’ve written before about Jules’ last album, and I might as well use it again for the show because it’s the same thing I heard last night, with the addition of Pal’s special presence onstage and in the room: “An acoustic bedrock layered with woodsy tones and touches of tasteful amplification, country twang, almost classical-like strings (note: forget that part…there were no strings other than .12-.53), warm earthy vocals, harmonies that don’t sound like harmonies, lyrics of intelligence and humor, music for grown ups and for those who sometimes wish they were.” Quoting myself does seem redundant.  but accurate and on the money. So be it. I’m recycling words to save the world.

I will share that while at The Living Room show in Manhattan, almost a year ago to the day, which was an all Shear/Shazar bill, last night was half duo and half Jules. Performing together, the two are a delight to watch and listen to. Voices blend with ease, and they have a soft and gentle manner, with both pointed and loving banter. It’s clear to see that they amuse each other, and the romance drips from the stage and envelopes the audience. You’d have to have a heart of stone not to be enchanted and encouraged by these two.

With occasional heckling, comments, direction, jokes and clarification from the wife who left the stage and stood in the back of the room, Jules gently guided and took the audience through a generation of words and music that he has been bringing to us from the first 1976 Funky Kings’ album up to Jules and the Polar Bears, the Lauper, Bangles and Moyet hit singles, the duet and cover albums, his short stint with The Band, almost a dozen solo albums and the unrecorded song that sits on the shelf waiting. It was indeed a special night for those of us who witnessed it.

Which now brings me to Andy LaValle. Like myself, an old veteran of the Great Record Distribution Company Wars of days gone by, he has had a similar journey with Jules’ music. The difference being, he’ll be bringing that experience to life in a movie called Chasing Jules that will end with an all-star concert. The premise is this:

“One fan’s journey as he backtracks through a musician’s history to rediscover the art inside the artist that changed his life. Andy LaValle was stunned. While browsing through the internet he discovered that one of his idols was performing in town; a musician that had been virtually forgotten about. A cascade of memories followed and he was transported to a simpler time in his life. A time when the rules weren’t so strict, when his responsibilities weren’t so great. And in the modern age of point and click, he purchased a ticket, “for twenty bucks.” Within the day he received an email from Jules’ wife, Pal Shazar. Pal was curious, “how did Andy know about Jules?” Andy replied, “Jules and the Polar Bears changed my life.” Just like that, his journey of rediscovery began.”

Andy was at the show last night, and he and I and Jules spent a few minutes chatting about the old days. Guys we knew, places we’ve been. Pittsburgh. Florida. Philly. Growing up. Shopping at National Record Mart. Lenny Silver from Buffalo. Jack Tempchin. Frank. Greg. Eric. Rob. The Hooters. Germantown and Hecate’s Circle. I’ll tell you, this is going to be one hell of a film. Here’s the link on Facebook and stay tuned on how you might be able to help, participate and get involved.

As I’ve done before and will continue to do, I’m featuring the work of Sherry Wallace on my post.  A major Jules and Pal fan, Sherry is one of the finest ‘vidders’ on You Tube, taking music she loves and creating new visual pieces. And you can go to Pal’s website to see more and perhaps make a purchase or two. 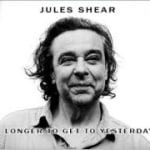 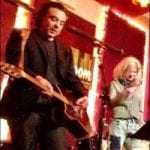 Shear/Shazar: The best show at SXSW was in NYC