Magic occurred again today, and it all started with me taking a simple walk down to the mailbox. I received an advance copy of Guy Clark’s new record from Dualtone, Sometimes the Song Writes You.

This album is like that. It’s so good; I was just able to sit at the computer, place my fingers on the keyboard and go.

Songs like these helped me to fall in love with Mr. Clark’s music in the first place. It’s an absolute fact, Guy Clark is a poet. His words are always so abundantly rich in texture and this record is no exception. I frankly do not know how the man keeps doing it. He is a brilliant lyricist, a wordsmith, and that is what wordsmiths do. They have the uncanny ability to make words work together, to intertwine, and ultimately paint a picture in your head. There is the original painting in Mr. Clark’s head. Then there is the picture in your head. He is so skillful at this, I’m willing to wager big money (if I had any) that our paintings are awfully damn close to being the same. He’s just that proficient at projecting an image with words.

Most of the time I’ll take two or three songs and write a little on each one. I’m not going to do that this time. There is no need. Every tune on this record is absolutely incredible. I envision the musicians all sitting around in a semi-circle in the middle of a dimly lit smoke hazed room, no amps along with the ever present humming in the background. Everything is in tune, the instruments and the musicians; there is a rhythm to everything and everyone.

The room is being held hostage by the leader of the musicians, Guy Clark. No one can leave, but most importantly, no one has the desire to. Everyone wants to be present. They all want to be a part of the magic and contribute to the master’s vision.

The one song I will mention is If I Needed You, given to us by Townes Van Zandt a long time ago. Guy and Susan Clark were most likely the very first humans to have ever heard the song after Townes dreamt it while staying with them in their home. Guy Clark possesses and exhumes an obvious reverence to this special tune. I felt a great deal of gratitude he decided to include it with the rest of these masterfully written tunes.

Mr. Clark had several accomplices for this particular undertaking. Verlon Thompson joins him on acoustic guitar and harmony vocals. Kenny Malone helps with the drums and percussion duties. Bryn Davies plays the upright bass and sings harmony, and finally, he chose Shawn Camp to play the mandolin and sing harmony as well. You can tell by the fine quality of the performances on the record, they were nearly as much in love with this project as Mr. Clark was.

Guy Clark, Verlon Thompson, and Chris Latham produced the album. In addition, the record was recorded, mixed, and mastered at EMI Studios in Nashville by Chris Latham.

Like I said at the beginning of this review, I don’t know how he keeps doing it, but I’m sure glad he does. ‘Rebel’ Rod says check it out. 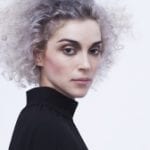 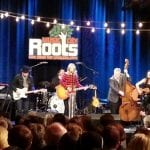