We are fortunate enough to live in an age when classic older films are being re-released in formats that allow them to benefit from the latest and greatest video and audio technology.  Studios are challenged to use this technology to present the film in the best way possible without compromising the director’s vision and this can be a real balancing act.  The new 4K Ultra HD edition of Steven Spielberg’s 1982 masterpiece E.T.: The Extra-Terrestrial from Universal Pictures Home Entertainment is an excellent example of a studio getting it right.

A buddy film about a young boy named Elliott and his alien friend nicknamed “E.T.”, E.T.: The Extra-Terrestrial is both a funny and touching film – one that holds up well despite the fact that it turned 35 this year.  Although some of the special effects do seem a bit dated, there is no dampening of the film’s emotional punch.  This movie still captivates audience members, old and young.

Given the eye-popping capabilities of the 4K Ultra HD format, which boasts a resolution four times sharper than Blu-ray, you can imagine how tempting it would be to use technology in order to make older films look like they were just made today.  Unfortunately, attempts at this type of digital overhaul can leave movies looking unnatural and nothing like how they originally appeared in theaters.  For my money, the best archival releases are the ones that make the film look as sharp and colorful as possible while still maintaining the director’s original vision.  Such is the case with E.T.: The Extra-Terrestrial on this 4K Ultra HD release, its debut in that format.

The picture quality on this 4K Ultra HD release is exemplary.  The production team showed great restraint in applying technology to make colorful images like the lights on E.T.’s spaceship, his glowing heart and fingertip and Elliott’s beloved red hooded sweatshirt appear more vibrant than ever before, while not disturbing the grain that gives the film its natural look.

Another way in which this format improves the picture is through its ability to convey darkness and show in more detail than ever before. The film begins with shots of the alien craft in the forest. Eventually, government agents arrive, forcing the ship to leave in a hurry, thus abandoning E.T.  The level of detail now noticeable in those dark forest scenes will surely catch longtime fans of the film off guard since theatrical showings and previous home video formats were simply unable to capture and convey those images.

This audio on this 4k Ultra HD is also an upgrade over previous releases, though less so than the video components.  The disc includes a DTS:X mix that exceeds the DTS-HD Master Audio mix found on the previous Blu-ray release in small ways, most noticeably in the spatial placement of sounds in the sonic landscape.  Additionally, the dialog is clear and there is absolutely no hiss or other audio issues you might expect to find with a 35-year-old film.

When it comes to bonus features, this disc packs a considerable punch with more than 3 hours of informative and entertaining extras.  Those owning the previous Blu-ray release of the film will note that none of the features are new or exclusive to the 4K Ultra HD release, but that doesn’t mean they aren’t good.  Of particular note are “The E.T. Journals,” a nearly hour-long documentary of footage shot on set, giving a rare glimpse behind the scenes of an iconic production.

Although not a true bonus feature, there is another notable component to the 4K Ultra HD release.  Hardcore fans are likely going to be thrilled to learn that it contains just the original 1982 theatrical version of the film.  The 2012 Blu-ray release of the film included CGI enhancements throughout, most notably changing the guns in FBI agents’ hands to walkie-talkies in an effort to be more family friendly – a move that was met with much criticism by fans.  However, Spielberg appears to have taken that feedback to heart and this release only includes the beloved “original recipe” version, guns and all.

Few, if any, directors have a more beloved filmography than Steven Spielberg and of those films, few are as cherished and enduring as E.T.: The Extra-Terrestrial.  With improved video and audio and a treasure trove of bonus features, it is hard to imagine a more definitive home version of this classic film.

On both May 12 and 13, 2016, Old Crow Medicine Show took to the CMA Theater stage inside Nashville’s Country Music Hall of Fame and Museum and proceeded to perform a song-for-song cover of Bob Dylan’s classic 1966 album, Blonde On Blonde.  Recordings culled from those spirited performances have been released by Columbia Records Nashville and the resulting album is one of the best live releases in Americana music this year.

Intended to be a celebration of both Dylan’s songwriting and one of his classic albums, it also became a showcase of the band’s considerable instrumental chops and the arranging abilities of its members.

Some of the finest moments on this 14-song set are the ones that find the band making a familiar tune their own.  The band trades in the slow-treading harmonica and guitar blues of “Pledging My Time” in favor of a full-throttle bluegrass treatment and in doing so, the narrator has a sense of manic desperation not found in the original.  An up-tempo bluegrass style is also employed on “Obviously 5 Believers,” which incorporates some tasty fiddle work in place of electric guitar blues riffs found on the original.

On “One of Us Must Know (Sooner or Later),” the band slows down the tempo and presents a minimal arrangement that never reaches the soaring heights found on the original’s organ-laden chorus – an approach that presents the lyrics in a more intimate and personal way.

A similar approach is taken on the classic “Just Like a Woman.” This stripped-down version allows Ketch Secor’s twangy vocals to shine, complimented nicely by organ and pedal steel.

Not everything on this set strays from the original arrangement.  A gorgeous rendition of “Visions of Johanna” and a muscular “Stuck Inside of Mobile with the Memphis Blues Again” both retain the feel of Dylan’s compositions.

A standout on an album full of highlights is “Leopard-Skin Pill-Box Hat.” This one maintains the spirit of Dylan’s recorded version, including his unique vocals, but uses instrumentation to add little hints of ragtime and New Orleans jazz.

This album should be warmly received by both Dylan fans and Americana music enthusiasts.  The former should give this a listen for a fresh take on beloved tunes and the latter will surely enjoy the arrangements and musicianship on display throughout.

Until next time, enjoy the movies and music! 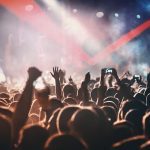