This is the time of year when people are picking up new holiday albums to serve as their personal soundtracks for the season.  While releases from mainstream artists like Sia, Gwen Stefani, Alabama, Hanson and Josh Groban are getting a lot of attention, I am focused on a few lesser-known releases that are definitely worth a spin this holiday season. 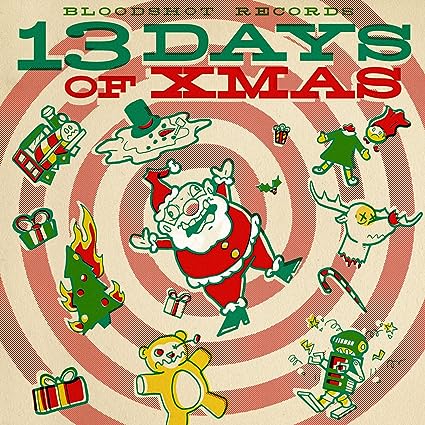 As a label known for creating some classic compilations over the years, it should surprise no one that Bloodshot Records has produced one of the finer releases of the holiday season.

Covers here include a surprisingly straight “O Holy Night” from Murder By Death, a spacy take on “White Christmas” by Philadelphia’s Ron Gallo and “How To Make Gravy” by All Our Exes Live In Texas. This touching prison ballad, originally written and performed by Australian singer/songwriter Paul Kelly, is taken to new heights thanks to the female quartet’s stunning vocals.

Those familiar with the fabulous 2004 compilation, A John Waters Christmas, will likely recognize another one of the album’s covers. “Papa Barrence’s Christmas” by Barrence Whitfield and the Savages, is a song based on “Fat Daddy,” a song originally performed by Baltimore’s Paul “Fat Daddy” Johnson.  This new version, which is more rock than soul, substitutes organs for background vocals and includes some great washed-out guitars.

Other notable tracks on this 13-song set include the gorgeously melancholy “Blue Snowfall” by Kelly Hogan and the retro-sounding “I Slept Through Christmas” by Ruby Boots, which could have easily found a place on a vintage Phil Spector holiday album.  Speaking of retro, Devil in a Woodpile leaps out of the past with the humorous “Pagans Had It Right,” complete with banjo and kazoo.

Pittsburgh native Zach Schmidt steals the show with “I’m Drunk Again This Christmas,” his slow and twangy entry into the beloved Christmas Drinking Songs subgenre.  Schmidt has created a modern-day Christmas classic – one in which he lays out his holiday drinking plans and the reasons why, concluding with the lines, “And I started drinking whiskey, hoping we could get along/And I’m drunk again this Christmas, hope my family never hears this song?” 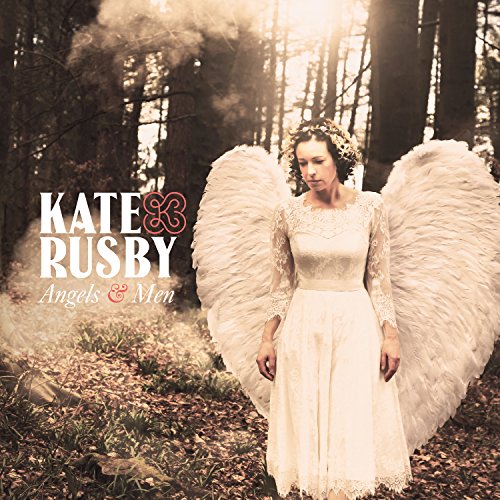 There may be no more gorgeous or underappreciated voice in music than the one belonging to Kate Rusby, an English folk singer-songwriter who has unfortunately flown largely under the radar in the United States throughout her career.  In celebration of her 25th year as a recording artist, Rusby released Angels & Men, her fourth Christmas album and the first to be produced by her husband and fellow musician Damien O’Kane.

Past Rusby festive collections have included a few Christmas standards and Angels & Men is no exception.  Rusby explores new territory with her arrangement of “Let It Snow,” which combines O’Kane’s electric guitar with horns to give the song a jazzy sound.  On “Deck The Halls,” Rusby’s clear and crisp vocals float nicely above a steady percussion beat and acoustic instrumentation.

The singer tackles traditional tunes with “See Amid A Winter Snow” and “Rolling Downward,” an American hymn by Robert Lowry, both of which stand out as two of the lovelier tracks on this collection.  Rusby also shines on “We’ll Sing Hallelujah,” in which she takes a rough-hewn track by Richard and Linda Thompson and transforms it into a sumptuous modern seasonal classic.

“Santa Never Brings Me A Banjo” is a playful little piece of folk-pop that when combined with the album-closing “Big Brave Bill Saves Christmas” are two of the set’s lighter moments.  The latter is about the continuing adventures of a local hero from Barnsley in Yorkshire, England who Rusby created in bedtime stories for her two daughters.  The character of Big Brave Bill first appeared on Rusby’s 2016 album, Life In A Paper Boat.

If this album is your introduction to Kate Rusby and you like what you hear, consider checking out her other holiday releases – Sweet Bells (2008), While Mortals Sleep (2011) and The Frost Is All Over (2015) – and her amazing 1997 debut album Hourglass, which includes the infectious “Sir Eglamore.” That album brought Rusby critical acclaim, including a nomination for the prestigious Mercury Prize, an annual award recognizing the best album of the year from the United Kingdom and Ireland. 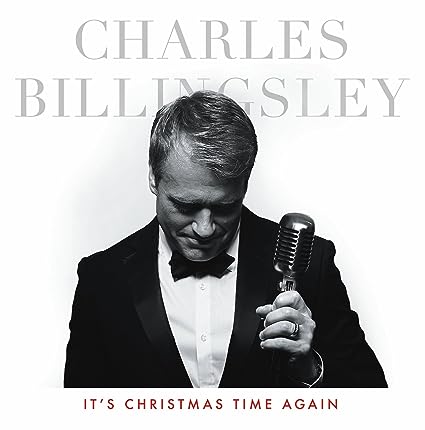 Crooners + Christmas is a classic combination.  Legends like Frank Sinatra, Dean Martin, and Bing Crosby produced some of the most memorable and enduring holiday hits of all time while contemporary favorites like Michael Bublé and Harry Connick Jr. continue to delight listeners with seasonal albums and tours.  With the release of It’s Christmas Time Again, Charles Billingsley, an artist perhaps best known for his tenure as a member of the popular Contemporary Christian band NewSong, steps into the crooner holiday ring with a 13-song collection that impresses in its simplicity and classic sound.

Some of the best songs here are the ones that swing.  “The Man With The Bag,” “Santa Claus Is Coming To Town” and “Silver Bells,” the album’s first single, are all jazzy numbers that benefit from a live recording approach that gathered the full band in one studio playing together.  A pepped-up take on “Dig That Crazy Santa Claus,” with outstanding horn section features, wonderful group backing vocals, and a thumping percussion breakdown, is a standout track and the best showcase of these live in-studio recording sessions.

Of course, no crooner Christmas collection is complete without some big ballads to feature the singer’s silky-smooth vocals and Billingsley’s album is no exception.  Christmas standards like “Silent Night” and “White Christmas” are expectedly pretty and the title track, a song originally recorded by Peggy Lee in 1953, is gorgeously rendered with sultry strings that nicely complement the singer’s laid-back vocal style.

A real gem here is “I Heard The Bells On Christmas Day,” a traditional carol based on a poem by Henry Wadsworth Longfellow.  The swirling string arrangement and the might of the backing choir elevates this track.  Those beautiful choir voices are featured even more prominently on Billingsley’s rendition of “O Holy Night” the album’s vocal highlight.

The collection closes in a surprising and clever way, with a cover of The Beatles’ “Goodnight” from the White Album.  This Lennon/McCartney composition may initially seem like an odd choice for a Christmas collection until you consider it as an ideal song to play/sing for little ones to help induce a long winter’s nap on Christmas Eve. 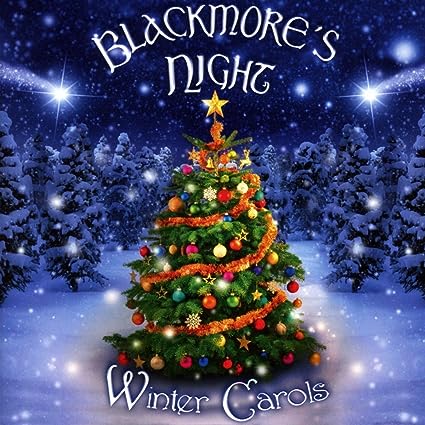 Music fans will likely recognize the name Ritchie Blackmore from his work as a founding member of both Rainbow and Deep Purple, with which he was inducted into the Rock and Roll Hall of Fame in 2016.  As part of the former, he wore his traditional/classical music influences on his sleeve, but it wasn’t until 1997 when he formed Blackmore’s Night, a collaboration with singer/multi-instrumentalist Candice Night, that he fully explored ways to blend old and new styles to create something new and unique – a kind of medieval acoustic rock.

In 2006, the duo released its sixth album, a collection of traditional holiday songs called Winter Carols. That album was so well received that the group reissued it in 2013 with live recordings and previously unreleased studio tracks. Now, that fan-favorite collection has been remastered and three additional tracks have been added, making it the most comprehensive and best sounding version of the album available.

Many beloved Christmas carols are older tunes that have been passed down over the years, making them ideal for Blackmore’s Night – a group straddling centuries. “Good King Wenceslas,” “We Three Kings“ and “I Saw Three Ships” are such carols that all flourish with these acoustic arrangements, especially the latter, a jaunty little tune carried by woodwinds.

While there are plenty of popular Christmas carols included, the standout tracks are less familiar.  The hauntingly beautiful “Ma-O-Tzur,” a poem sung at Hanukkah, is a real showcase for Night’s voice while the instrumental “Winter (Basse Dance)” features Blackmore’s expert guitar work. Also, “Lord Of The Dance/Simple Gifts,” with its catchy “Shaker Hymn” chorus, feels like something out of a celebratory holiday feast at an ancient castle.  Speaking of regal, the Blackmore’s Night original “Christmas Eve,” which includes an anthemic refrain, is a modern Christmas classic.

Until next time, enjoy the holiday music! 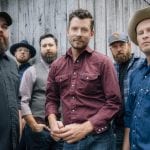 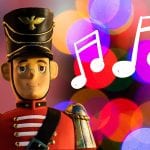 The No Depression Guide to Holiday Music that Doesn’t Suck: 2019 Edition