LOS ANGLES, Calif. — For Great American Taxi and frontman Vince Herman, who grew up in West Virginia, fighting for social justice in Appalachia and calling for an end to mountaintop removal seems the natural thing to do.  According to a recent studypublished last week in the journal Environmental Research, a “significantly higher” rate of birth defects exists in babies born near mountaintop removal mining sites than those in non-mining areas. Mountaintop removal mining is a particularly environmentally destructive type of resource extraction that involves using explosives to blow the tops off of mountains to! expose coal underneath the soil and rock.

So it’s no surprise that “Blair Mountain,” the aptly named title of the first single from the band’s forthcoming yet-to-be-titled new album (set for release this fall), premiered exclusively on the Sierra Club’s special public service call-to-action video, Battle for Blair Mountain. The song was recorded in May with Todd Snider producing. Master folk musician Tim O’Brien, a West Virginia native recently inducted into the WV Music Hall of Fame, plays banjo and fiddle on the track.
GAT is encouraging fans to download a free MP3 of “Blair Mountain” from the band’s website and get involved in restoring Blair Mountain to the National Register in support of the Sierra Club’s recently filed legal petition with the WestVirginia Department of Environmental Protection to make Blair Mountain off limits to mining. < www.greatamericantaxi.com>
“I wrote the song “Blair Mountain” to try and do my part to let people know about what we as working people stand to lose if Blair Mountain is destroyed,” said Herman. “As the grandson of a proud union miner, and former resident of the mountain state, this struggle connects deeply. The coal wars are not over in this country as whole communities are destroyed, water tables ruined and mountains bombed daily in what has become a national sacrifice zone to the interests of the coal companies. I hope that his song may help get us closer to ending the destruction of the most diverse forests in America.”
Great American Taxi continues its summer tour; June highlights include concerts with Barry Sless (Phil and Friends, David Nelson Band, Moonalice) at the Nelson Family Vineyards on 6/19, at the Hopmonk in Sebastopol on 6/22, and special guests New Monsoon in Santa Cruz on 6/23. More surprise guests will be announced for the Eldo in Crested Butte on 7/9 and GAT plays with Todd Snider on 6/25 and 6/26.
Great American Taxi includes Vince Herman, Chad Staehly, guitarist Jim Lewin, bassist Brian Adams and drummer Chris Sheldon.
Additional links
http://www.greatamericantaxi.com
http://marchonblairmountain.org
http://appalachiarising.org
The video is posted on YouTube by NationalSierraClub here:<http://bit.ly/BlairMountain>.
0
Shares 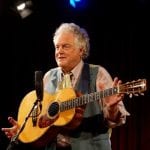