How To Write A Hit Country Song

Many of today’s young,up-and-coming Country  songwriters may be scratching their heads, wondering why Nashville isn’t biting. Bobby Bare once sang of the “Sure Hit Songwriter’s Pen,” but unless that pen bleeds Redneck stereotypes directed at the Wal-Mart crowd, consider it defective. Besides, now-a-days, Bobby Bare wouldn’t stand a chance in Nashville. And he wouldn’t even be considered Country.

There is a proper way to go about writing a hit Country song, a formula I call, “Tractors, Trucks, Fishing, Beer and Jesus.” To garner the attention of Nashville labels, simply use these hillbilly buzzwords as bait in the song title (the more, the merrier) then, reel them.

Note: Songs with fishing analogies like the one I just used, will more than likely go Platinum.

Fish, she wants to do it all the time
Early in the morning, in the middle of the night
She’s hooked and now she can’t get enough
Man, that girl sure loves to fish – Craig Campbell “Fish”

Now that’s what I call poetic analogy! And there ain’t nothin’ classier than talkin’ about a woman’s love of “fishing.”Except maybe, singing about Country Woman’s love of your sexy ass on a tractor.

Note:  Don’t let the b*tch fall off the back. 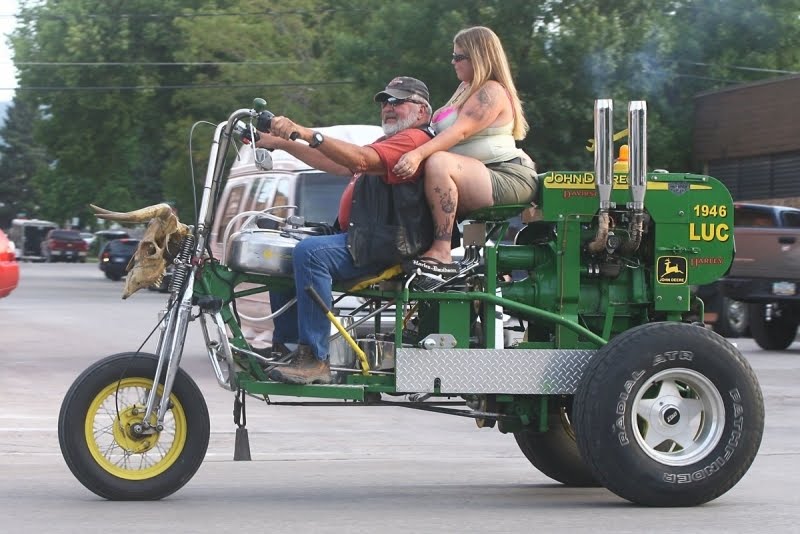 Of course, keep in mind that Country broads don’t like to be treated with respect in the traditional sense. They understand that their role in the world is to please their man and stay barefoot and pregnant.

I’ll stand barefooted in my own front yard with a baby on my hip
‘Cause I’m a redneck woman
I ain’t no high class broad […..]

Victoria’s Secret, well their stuff’s real nice,
But I can buy the same damn thing on a Wal-Mart shelf half price
And still look sexy, just as sexy as those models on TV
No, I don’t need no designer tag to make my man want me
Well, you might think I’m trashy, a little too hardcore
But in my neck of the woods I’m just the girl next door
I’m a redneck woman
I ain’t no high class broad

Notice the shout-out to Wal-Mart? Brilliant.

Another key: When it comes to commercial appeal – don’t let it end with generic lyrics and lack of regard for women – product placement amongst lack of respect is a must. The more references to American made products, the more money in your bank account. For instance, don’t just sing about a truck, make sure it is model/brand specific. If your lyric is “My beat up old truck hit the mud and got stuck,” change it to “My beat up old Ford F-150 or Dodge Ram hit the mud and got stuck.” Some may object that the new lyric doesn’t have the same ring or rhyme to it, but that doesn’t matter.

That didn’t rhyme, but it was a big hit! So don’t worry about words. When your song is produced, the lyrics will likely be drown out by heavy-metal guitar riffs and distortion, so no one will notice. And when you perform your song live at a NASCAR Race, people will be too drunk to hear the words and Ford /Dodge will already have your royalties in the mail.

“But the words are what Country Music is all abo 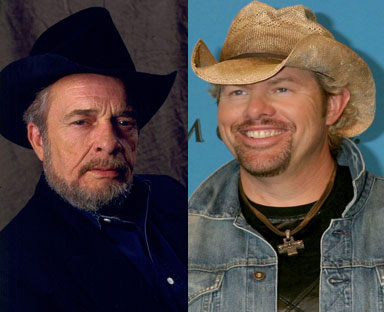 Wrong. This isn’t the 1970’s. The dream of a cowboy with his guitar in a little Honky Tonk, pouring out his emotions is DEAD and a Stetson is for ranchers, not Country Stars. Channel the Bret Michaels look, learn to Rap and you’re closer to what it means to be a Modern Country Singer. Even the instrumentation in Country Music is no longer what we use to think of as “Country.” Banjos, Fiddles and Steel Guitar went out the day Garth Brooks changed his name to Chris Gaines and Carrie Underwood won American Idol. Unless you’re playing “Old Time Music,” you must accept that Country is all about Rock sounds with Pop beats. It’s more Kid Rock meets Kelly Clarkson than Waylon meets Willie.

Now, some of the songwriters I know make the mistake of being sober. I often hear “I gave up drinking because I didn’t want to wind up like Townes Van Zandt.” Well, Country Music doesn’t know who Townes Van Zandt was and they could care less. In the world of Mainstream Country, sobriety doesn’t fly. No need to boast about recovery or your one year AA chip – there ain’t a good ol’ boy around who wants to hear you preach about that sort of self-righteousness. Considering Blake Shelton’s hits include “The More I Drink,” and “Drink On It,” while Luke Bryan just released “Drunk On You,” it’s time to tap into the days of Jack Daniels or the more sophisticated choice, Miller Highlife (nothing says class like “the Champagne of Beers”). Hell, maybe change the whiskey from Jack to Jim Beam (Jack Daniels already has a deal with Zac Brown Band).

Although sobriety isn’t okay, preaching about Jesus is genius. Some may say that “Jesus doesn’t have a place amongst the booze and boobs flying around at a Country Arena-Rock Show,” but nothing could be further from the truth. Once you start singing about the Lord from behind the smoke and stage fire, the yelping will die down and a crowd full of Confederate Flag Zippo lighters will pop up in support. When it comes to shutouts in Country Songs, Jesus is the new Hank Williams. Hell, Hank doesn’t have a place in Country anymore. The closest thing they’ll go for is George Strait or Charlie Daniels.

Note:  Mention of Daniels and Strait will get a big “Hell yeah” or “Yee Haw,” so be sure to leave a pause in your song for crowd call-and-response. Remember, mention of Hank will simply conjure up confusion or thoughts of Hank Jr., neither or which will sell records these days). 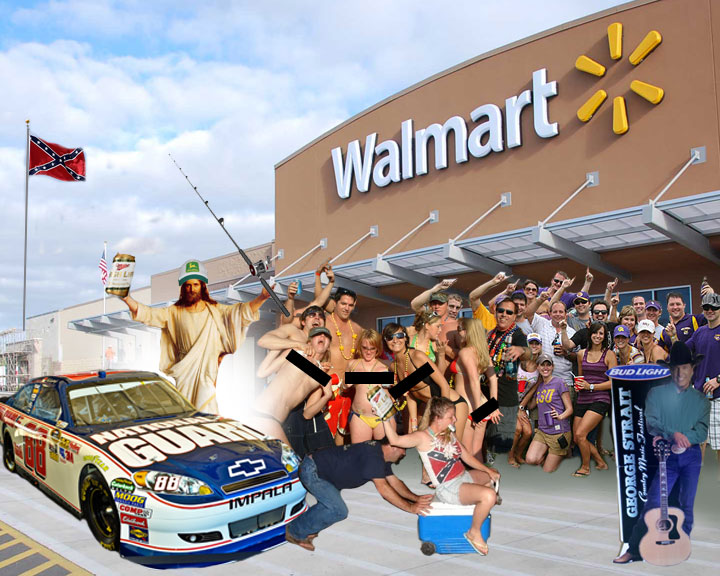 Hank Williams does still  have a place in music, just not Country Music.  Today, he’d be considered Americana. His role as “The Father of Country Music,” was so last millennium. Then again, if the reason we listen to music is to hear heart-felt truth, then what good is there in following a formula to sell records? None.

But So-Called-Country-Music is a joke. And the only good that can come from a joke is laughter. In the meantime, we’re still  Waiting for the day when they stop calling it Americana and start calling it Country again. That is, when Country is no longer a dirty word.