Glastonbury Festival 2013 Preview – The Best Acts To Watch Out For

The choice of music at the Glastonbury Festival can be bewildering: from the well known Pyramid Stage, which forms the bulk of the BBC TV coverage, to the smaller stages and bar venues.  To help out we’ve compiled out list of our  key bands to watch out for, many of which have already impressed us live, writes Neonfiller.com’s Joe Lepper.

It’s worth noting that the BBC Introducing tent line up had not yet been announced at the time of publishing and we urge you to check out that stage as well to find your new favourite band.

We champion local acts in are areas of Brighton and the south west of England and they don’t come bigger for us than Bristol’s Portishead. Back from a hiatus in 2008 with the stunning album Third they are one of the most innovative acts in the UK and not to be missed live when they grace The Other Stage on Friday night.

At the last Glastonbury festival in 2011 Bragg was headlining and organising the Leftfield stage. He proved once again what a consummate festival act armed with just his guitar, voice and wise words he provided this reviewer with shelter from the rain and one of the highlights from the festival. He’s back again at the same venue on the Friday night, this time with a full band. As an indication of how high his star is once again rising he has also bagged a Saturday afternoon Pyramid Stage slot, where he will bring his songs about love and a political edge to a TV audience.

The Park Stage is shaping up to be one of our favourite line ups this year especially with indie rock veterans Dinosaur Jr making the Friday line up. Don’t expect witty stage banter from he maudlin J Mascis and the band but do expect some of the best guitar soloing and all round fret noodling you will ever hear.

They played twice at Glastonbury 2011 and mud and life conspired to ensure we missed them both times. Not this time as we will ensure we see this Australian act’s very modern take on psychedelic rock. Their Friday, Other Stage slot shows the wide appeal for their two stunning albums Innerspeaker and Lonerism.

Bridie Jackson and The Arbour 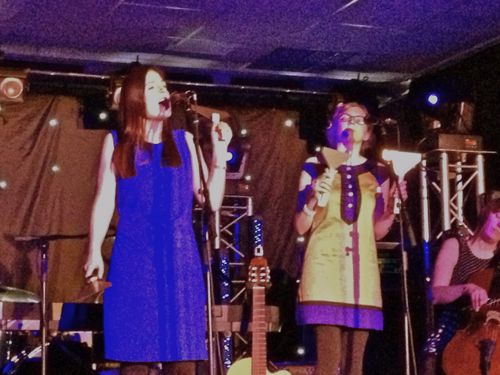 Bridie Jackson and The Arbour at the Glastonbury ETC finals

This year we were among the judges of the Glastonbury Emerging Talent Competition (ETC) which was won by this north east folk act. They quite simply stole the show at the finals of the competition with their haunting, stunning take on English folk. Their prize is to open proceedings on Saturday at the Acoustic Stage, one of the warm spirited venues at the festival.

Another of our favourites is Arizona band Calexico, who put in a superb festival set at Pavement’s All Tomorrow’s Parties in 2010. Expect to be dazzled by their excellent blending of indie rock and mariachi music as they play tracks from the past and last year’s excellent album Algiers  at the Park Stage on the Saturday night. 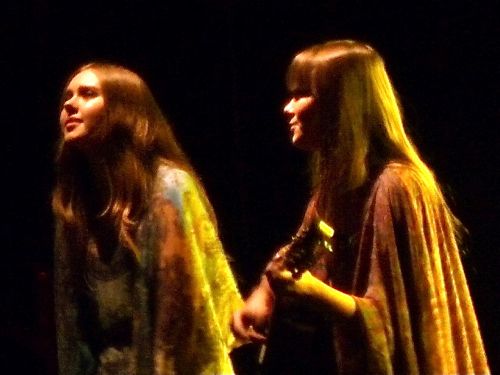 If you want stunning vocals from tiny Swedish women then look no further than sisters Johanna and Klara Söderberg aka First Aid Kit. We caught their set at Bristol’s 02  Academy last year and were struck with the power of their vocal talents. Their cover of Simon and Garfunkel’s America is not to be missed should it make their set. It is an indication of how far they’ve come since we first saw them in a pub in Brighton many years ago that they now have a Sunday afternoon Pyramid Stage slot.

Django Django will have fond memories of Glastonbury having played the BBC Introducing Stage long before the release of their critically acclaimed, self-titled debut album. Back with a Friday evening Park Stage slot they are now highly experienced at delivering a stunning festival set with their idiosyncratic take on the notion of indie pop. 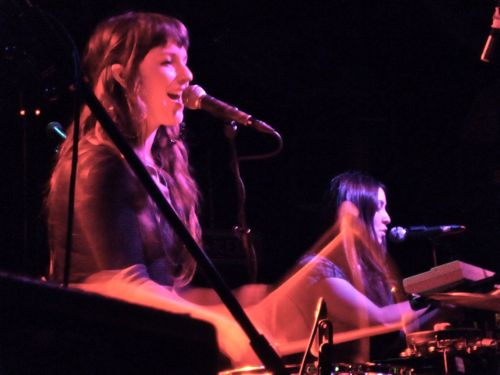 Stealing Sheep at The Fleece, Bristol, 2012

The best support band we have ever seen. A packed Fleece in Bristol was left in awe last year when they supported Field Music. Now they headline in their own right and are firm favourites on the UK festival scene with their wholly original merging of indie folk bizarrely reimagined as a Quentin Tarantino soundtrack. Their Sunday afternoon slot at the Park Stage is well deserved after a busy year for this Liverpool band.

One of the best pop acts around. Following the success of 2009’s superb album Wolfgang Amadeus Phoenix they are back in 2013 with the release of Bankrupt! With a Sunday headline slot on the John Peel stage this French band will be primed to show Glastonbury how guitar pop should be played.

Nick Cave and the Bad Seeds

The Pyramid Stage line up is arguably the most impressive it has been in years, offering a great mix of old and new artists. Last time we attended in 2011 we managed to avoid the stage entirely. This time we’ll be regulars at the venue with Sunday’s set by Nick Cave and the Bad Seeds among those not to be missed. They and Cave in particular have still got it as a recording and live act all these years on. A true legend. 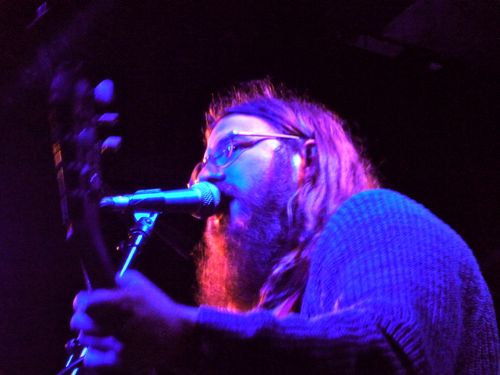 Matthew E White skips across genres effortlessly, from gospel to funk to soul to country to rock. The eclectic West Holts is the perfect venue for him to showcase tracks from his debut album Big Inner. We caught his set at Bristol’s Thekla this year and were left impressed not only with the quality of the music but his witty and engaging stage banter. Not to be missed when he takes to the stage on Sunday afternoon.

Words and pictures by Joe Lepper

Glastonbury Festival 2014 – A Review of the Smaller Stages