There are jazzy undercurrents in folk music, and folkie undercurrents in jazz, and sometimes there’s just music that gleefully bounces between both genres like a pinball. Whatever the case, here are four excellent new CDs that mix folk and jazz with regard only to making great music.

Ben Hall’s a young guitar virtuoso, playing the Travis picking style of country guitar. This pattern of guitar playing based on preset thumb-picking patterns was developed by country legend Merle Travis, and was based on native Kentucky guitar picking traditions. Travis picking’s got a great country sound, and will likely remind you of country cliches like tumbling tumbleweeds, or ropin’ cowboys. It’s a sweet, innocent sound, something you’d hear in a Pixar movie. In creating the style, Merle Travis incorporated elements of swing, jazz, boogie and blues, and I get the feeling that his playing probably relates to a time in country music history when the music was moving out of the rural South and into urban cities and airwaves. Whatever the case (I’m no expert on country music), young Ben Hall has nailed this signature sound, and even gone so far as to infuse it with a strong sense of urban cool. Light jazz brushes on a snare propel his picking, and the sound of his electric guitar/amp (see the liner notes for descriptions of the gear) sound like melted butter. It helps that Hall’s got a killer voice too, with a quick witted humor to his singing. The song “Guitar Rag” is a stand-out track on the album and it’s clear how much fun Hall is having. It really doesn’t matter if you know anything about country guitar traditions, this album is a pure joy from start to finish. If you don’t have a big grin on your face by the time Hall bounces into “Alabama Jubilee,” well, there might be something very wrong with you. Buy this album as a present for a sad friend, for this music will surely perk them right up.

Also of note, Ben Hall was a protege of the late, great Charlie Louvin. Hall tells a great story about the two of them meeting at The Louvin Brothers Museum in Nashville:

“There was a little stage there and the lady at the counter heard me play and told me to come back, she thought Charlie would love to see me play. So when I did, he comes in and pretty much ignores me, not looking at the stage. The woman told me, ‘Keep playing – he’s loving it,’ but still Charlie didn’t respond until I stopped. He said ‘Do you sing tenor?’ and I said ‘A little bit.’ Then Charlie said, ‘Well that ain’t enough.’ So then I sang ‘When I Stop Dreaming’ with him, and I strained with every gut I had — and almost broke a vocal chord.’ Charlie said, ‘Did it hurt? Good, now we are getting somewhere.'”

Jim Guttmann’s new CD, Bessarabian Breakdown, is an unexpected delight, effortlessly fusing American jazz traditions with Jewish klezmer roots. Each cut on the album has a different sound and a different ensemble. The first track, “Philadelphia Sher,” is straight-up klezmer, but the second track, “And the Angels Sing,” is modern jazz. I’d credit this diversity to the fact that Guttmann is a stand-up bass player who can navigate and build all-star bands in both idioms, but maybe it would be better to say that this feels like a completely natural outcome of the urban Jewish experience in New York (Guttmann’s a native New-Yorker). The third track of the album sounds like you’ve wandered from the Lower East Side, with the Hebrew bookstores and pickle barrels on the street, to Spanish Harlem, as the cha-cha and guajira beats start to infect the jazz and brass players of Guttmann’s band. Later tracks hint at a funkier side to New York Jewish street life, with the James Brown brass of “Bessarabian Breakdown” and the hip-hop beats + klezmer fiddle of “Sadegurer Chusidl.” By all rights this is an album that should be all over the map, but Guttmann’s talent as a bandleader and vision for the album keep it consistent and enjoyable despite the wildly disparate genres he’s tapping into.

This is an ambitious CD. For each track, Guttmann seems to have built an entirely new and different band and the band members aren’t slouches. In fact, he’s drawing from the best of the best, with Frank London (Klezmatics) on trumpet, jazz clarinetist Billy Novick (who produces the album with Guttmann), Grammy-winning klezmer clarinetist Alex Kontorovich (The Klez Dispensers), ace violinist Mimi Rabson, and more. Throughout, Guttmann’s sensitive and exacting bass playing draws the bands together and lends a great urban vibe to the music. He’s a powerful player and proves his chops in covering the beautiful Jewish wedding processional “Firn Di Mekhutonim Aheym (Escorting The Parents Of The Bride And Groom Home)” from the great klezmer musician Naftule Brandwein. Guttmann nails this beautiful, tender melody on solo bass, no small feat. This is exactly the kind of music that reminds me why I like modern klezmer so much. Guttmann knows and loves the roots of the music and isn’t afraid to bring his own ideas and influences into the mix.

This is another gem I picked up at Folk Alliance 2011 in Memphis. (And as an aside, I seriously cannot stop thinking about all the amazing barbeque I had in Memphis. I’m think of going again in 2012, just for the frickin’ barbeque!) It’s an album so strange that I could never have imagined it working. Newfoundland fiddle w/Django guitar and Parisian musette influences? What? But it does work. Beautifully.

Nova Scotian fiddler Dwayne Côté grew up listening to the Cape Breton fiddling of his father, Gordon Côté, and playing as a young fiddler in ensembles that included Natalie MacMaster and other young prodigies. Somehow, though, his fiddling style gained a softer edge than his Cape Breton compatriots. For those who don’t know, Cape Breton fiddling is easily the most hardcore fiddling of American traditions. I’ve seen young punks in Cape Breton literally cause the floor to bounce with their big, stomping combat boots and huge, powerful bow strokes. If you’ve seen famed Cape Breton fiddler Ashley MacIsaac, you know what I mean. So Côté’s markedly thoughtful playing came as a surprise, as did his apparent knowledge of a whole host of Newfoundland tunes. Which made him the perfect partner for Newfoundland’s renowned jazz folk guitarist Duane Andrews. Andrew’s played in a number of groups and won accolades for his jazz guitar, but one of his true loves is the Parisian jazz manouche of Django Reinhardt. I’m not sure how this project came together, but somehow Dwayne & Duane decided to cut an album that blended traditional Canadian Maritime fiddle tunes backed by jazz guitar with Parisian jazz tunes backed by swing fiddle. However it happened, it worked great. On a track like the opening “The Princess,” Andrews’ guitar swings along cheerfully behind Côté’s traditional fiddling, inspiring Côté to add more and more backbeat to the old tunes. And Andrews can’t help splitting off with some sweet Django picking in the middle of the tune. The duo follow this track with a true Django tune, “Tears,” based on a traditional gypsy meldoy, and the album’s off in full swing. They also incorporate some of the traditional music of Andrews’ home province of Newfoundland, with a brace of ‘singles’ (Newfoundland dance tunes similar to Irish polkas). Like I said, it’s a crazy combination, but the innate musicianship of both artists enables them to rise above their different traditions to meet on higher ground. Great job, boys! 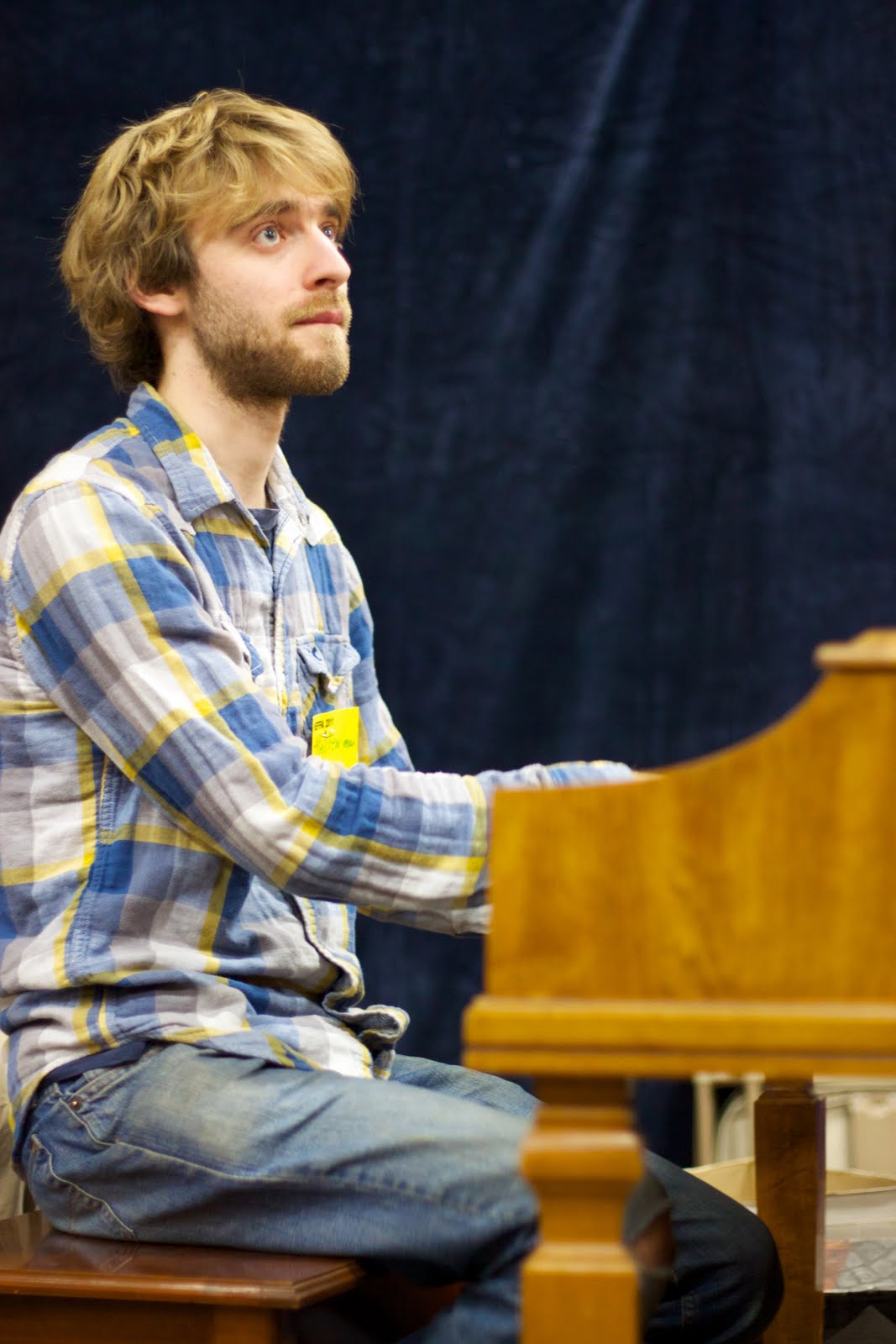 Here’s another concept album that sounds ridiculously difficult to pull off. And it is. Blending the dynamic stride playing of Cape Breton piano with jazz/Latin piano styles is a strange mix, but young American pianist Neil Pearlman has guts. Pearlman makes the bold claim that there’s a clave in traditional Scottish music, and while you’d be hard pressed to find it in the particularly straight playing of Highland pipers or classically-influenced fiddlers, when you start getting into some of the more down-and-dirty forms of Scottish music in Cape Breton (or close-to-the-floor as they like to say), there are some hard beats that simply can’t be ignored. And it’s surprisingly successful to strip the music back to reveal some of those hidden backbeats, which Pearlman does with great zest.

Pearlman, for his part, has devoted much time to studying jazz and Latin piano styles, but grew up playing Scottish music with his parents and stepdancing in their ensemble. He’s a precocious player, and you can tell how much fun he’s having subverting the Scottish accompaniment paradigm with this album. But he’s got some excellent ideas as well, and the musical chops to pull off this kind of attack on the status quo. I’ve heard plenty of albums that combine jazz with Celtic music, but none that take the concept as far as this one. Not all of the album works, but it’s performed with such gusto that you won’t much mind. And there are some gorgeous gems, like the beautiful singing of Elizabeth Burke on “MonyMusk Lads,” or the funky Hammond-meets-Irish-flute track “Farewell.” Kudos to Pearlman for such a brave debut and let’s hope for more music to come from his strange worldview.