Exploring The Spirit of Bluegrass: The Porchlight Sessions 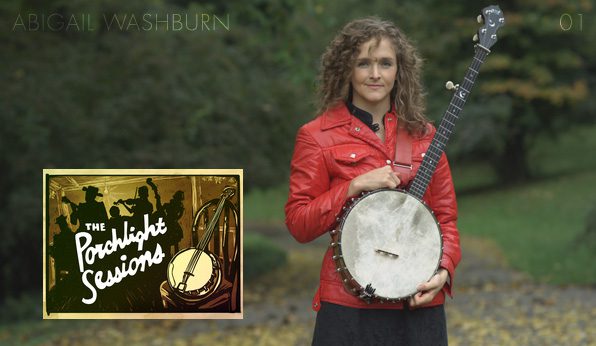 Roots and folk music seem to have gone through a few different cycles of cultural relevance over the years. The first major boom, of course, was the folk revival of the 1950s and 60s, which helped to establish or reinforce the careers of bluegrass legends like Bill Monroe, Ralph Stanley, Doc Watson, Flatt & Scruggs, and others. Many years later, in 2000, the Coen Brothers’ masterpiece, O Brother Where Art Thou? helped to rekindle the dying embers of folk, roots, and bluegrass music in the larger cultural furnace. Now, ten years after O Brother, it seems we are in the midst of another resurgence of interest in folk, roots, and bluegrass music. This resurgence is evident in the careers of a number of younger musicians who wear these influences on their sleeves while playing sold out arenas. I’m thinking of artists such as The Avett Brothers, Mumford & Sons, and the Civil Wars to name but a few. Recently we have seen high profile film and video projects including Give Me The Banjo on PBS, and now there is even a big Hollywood biopic of Bill Monroe currently in the works. We can add to that list another film project that seems to be incredibly ambitious but also deeply heartfelt. It is called The Porchlight Sessionsand is currently in process of being completed. The film is a documentary that explores the history, evolution, and beauty of bluegrass music and the culture that surrounds it.

While Give Me the Banjo was a heady, academic approach to roots music and the Bill Monroe biopic (Blue Moon of Kentucky) looks to be a satisfyingly glossy tinseltown production, The Porchlight Sessions seems to strike a tone perfectly in the middle of the two. The film appears to be a passion project that digs into the emotional and spiritual core of bluegrass music but accomplishes this by unearthing the music’s historical roots and cultural traditions. The project is currently in post-production and is raising finishing funds through the popular crowdsourcing site, Kickstarter.

The Porchlight Sessions is the brainchild of director/producer Anna Schwaber, who grew up in Nashville surrounded by bluegrass and country music. Despite her roots in Music City, Schwaber was not especially moved by the culture she grew up around during her youth. Like many a young Nashville native (this author included), it seems Schwaber took for granted the rich musical traditions so prevalent in her home city until getting some distance from them. In her case, Schwaber had to travel all the way to Australia to rediscover her love for her native culture and bluegrass music. It was while studying filmmaking down under that Schwaber met a banjo player who loved the musical traditions of Nashville. This fortunate relationship is ultimately where the seed was planted for The Porchlight Sessions. With her passions for home rekindled, Schwaber eventually set out to make a film about her region of the country with an emphasis on its native music and the loyal community that supports it.

Peter Rowan in The Porchlight Sessions

Since 2009, the young producer/director has been traveling across the southeast to gather footage and interview artists. She has also trekked across the country as a whole to attend bluegrass festivals and other gatherings. The list of musicians she has interviewed and spent time with is a virtual who’s who of the bluegrass and roots music scene. Artists involved with the project range from living legends like Dr. Ralph Stanley and Doc Watson to bluegrass-influenced newcomers like Trampled By Turtles and Mumford & Sons to venerable grand experimenters like Bela Fleck, Jerry Douglas, and Sam Bush. Schwaber also seems compelled to explore the close-knit community that keeps bluegrass music vital by interviewing and spending time with festivalgoers and parking lot pickers. In fact, this communal spirit is exemplified by the willingness of many in the bluegrass community to lend their support to the project.

Through their Kickstarter campaign, the filmmakers have managed to wrangle a number of pretty impressive prizes and awards to donors at certain levels. This includes professional level instruments from Deering Banjo, VIP passes from the International Bluegrass Music Association during their annual conference and awards show, signed merchandise from recognized artists like Trampled By Turtles, and more. Compass Records is listed as a partner to the filmmakers on their website as well. While community is deeply interwoven into the fabric of bluegrass music, I suspect there is an additional reason the filmmakers are finding such broad support. That is because the project looks to be beautifully executed and inspired from a place of genuine love and respect for the culture.

One of the reasons Schwaber wanted to create The Porchlight Sessionsis because she felt there was a dearth of film or video that accurately portrayed her region of the country. The nagging stereotypes of uneducated hayseeds sometimes associated with bluegrass music still persist today. Schwaber wanted to create a film that captured the beauty of the culture and the depth of the traditions behind it. That said, this film does not simply look to the past. It seems from the film’s trailer that this is a very inclusive project that pays homage to tradition while also acknowledging the innovators and trailblazers of today that are re-imagining the traditions of old.

Most importantly, the film appears to aim for very high aesthetic and artistic goals. From the clips and trailers available, an understated but undeniable artistry seems to permeate the film giving it a lush density not always found in documentary. Breathtaking mountain vistas offer backdrops throughout the clips; moody, intimate portraits are rendered during interviews with musicians who are bona fide folk heroes; and an overall reverence for the culture of bluegrass music as a whole seems to envelope the entire project. I suspect The Porchlight Sessions could be a film that holds up for generations given we are in a special moment where the originators of bluegrass music are gradually leaving us (witness the sad passing of Earl Scruggs last week) at the very same time that younger musicians are carrying the torch forward, building upon the traditions of their forebearers, and gaining more and more exposure in the larger cultural landscape. The Porchlight Sessionsappears to give equal voice to both, with a fascinating dialogue developing between the generations.

I personally think this is a project worth supporting and hope that some readers will head over to their Kickstarter page and consider donating. As someone with (admittedly limited) experience in documentary film, I know firsthand how difficult, painstaking, and necessary fundraising is to the filmmaking process, especially for documentaries. It is an expensive endeavor and takes a profound level of dedication. It seems that Schwaber and her editor/collaborator, Chris Cloyd, have more than enough dedication and motivation to see this project through. But, like all documentary filmmakers, they need help and support. Given the dedication and warmth of the bluegrass community, which they so lovingly seek to portray in The Porchlight Sessons, I suspect they’ll receive that support and meet their fundraising goals. However, anyone excited to see this project completed should consider chipping in a little to make sure that happens.

For more information, you can click here to see their Kickstarter page and you can also visit the project’s website at www.porchlightsessions.com.

____________________________________
Dustin Ogdin is a freelance writer and journalist based in Nashville, TN. His work has been featured by MTV News, the Associated Press, and various other stops in the vast environs of the world wide web. His personal blog and home base is Ear•Tyme Music. Click below to read more and network with Dustin.