When I learned of the death of Riley Ben “B.B.” King my first thoughts went to my old friend and former client Ron Levy.  Ron was blessed to be the keyboard player in the B.B. King Band from 1969 to 1976.  Due to the number of condolences he received, Ron prepared the most beautiful tribute to Mr. King I have come  across to date.  With Mr. Levy’s express permission I republish the following tribute:

I was privileged to have the unique and special honor of working with one of the greatest American artists of all time, B.B. King. A great man known and loved around the world for his grace, soulful musical genius and genuine humility. Mr. King is not just ‘King of the Blues’ but a beloved man whose personal qualities and examples of leadership earned the love and respect of every one of us that worked for and knew him.

B.B. often called me his “son” on and off stage and treated me like one he truly loved. The feeling was mutual and always will be. As a personal and musical role model, I never saw him fail to take the high road, or give less than 100% of himself.

I described and detailed many specific examples of this in my book, “Tales of A Road Dog” (published by Levtron.com) devoting five chapters to Mr. King and the B.B. King musical family I grew up with on the road performing on every continent short of Antarctica. A family that B.B. nurtured and a family whose devotion and familial bonds are still strong today. Every musician who played for Mr. King either before or since my tenure (1969-76), shares this same fraternal kinship and always will, as well as our mutual friends.

Lately, many have wondered, “Why is B.B. still working despite his advanced age and declining health?” The answer is simple. Mr. King has always felt an unwavering responsibility for “his” people, the musicians whose livelihoods and families depended on him. He also felt a great responsibility and love towards his unwavering fans. I never saw him leave a venue until he had signed autographs, posed for photos and spoke or listened to every single fan that came to him. He was always a true gentleman. So many times over the years he would remember the names of these fans, and their children and relatives. Some of whom he might not have seen in decades. He loved all people with a king sized heart and was giving of himself to a fault, pained if he felt he ever let anyone down. 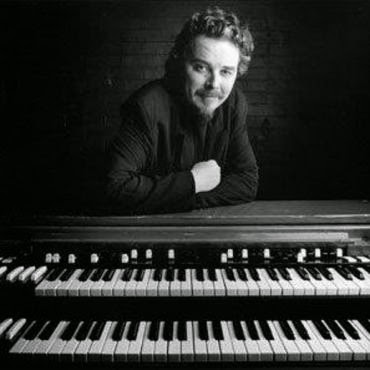 B.B. has given me many fond memories. I still cherish his hearty laugh and broad smile when remembering his response to one of my crazy stories or jokes, youthful naiveté or something I played well he liked. Sometimes he’d grimace when I played, said or did something back-asswards too! Yet he was just as gentle at those times; setting me straight and making sure ‘I got it’. Combining the patience of Job with the wisdom of Solomon and his Delta country parables, he won my total respect and admiration. His wholehearted paternal pride inspired me to work harder to do my very best, just like him.

I was only sixteen years old when I first met Mr. King in 1967 as a fan. Now in my sixties and 23 years older than B.B. was when we first met, I know it still amuses him to regard me as a grown man. During our reunion after a concert last year, we were able to share things with each other man to man, that grew quite personal and emotional. Unspoken, we both realized this could be our very last time together. He graciously asked me to play on his next album even though we both knew it would never be. Eventually he tired and we bade each other our fond farewells, and hugged goodbye. We had reached deeply inside each other’s hearts and souls once again.
And, it was very good and complete.

For more on Levy’s life and times, not only in the B.B. King Band but in Albert King’s Band as well an incredible life in music, order his wonderful book “Tales of a Road Dog:  The Lowdown along the Blues Highway” and I guarantee you will not be disappointed.