My e-Music downloads the past month …

* Slipping And Sliding by Big Al Downing. He was an Okie kid who idolized Fats Domino, a country boy who loved rock ‘n’ roll. He won a talent contest on Coffeyville. Kansas radio station singing “Blueberry Hill.” One of the listeners was a white singer named Bobby Poe who hired Downing, still a teenager, to play piano and sing in his band The Poe Cats. The Poe Cats were hired as the backup band for a young rockabilly gal from Oklahoma, Wanda Jackson and in 1957 backed her on her biggest song “Let’s Have a Party.”
It was one of the first integrated rock ‘n’ roll bands and it wasn’t easy on Downing. In 2003, he told No Depression, “I remember once when we were in Butte, Montana … There were no blacks anywhere in the town. They put a blanket over my head and we went into the hotel. Once we got to the show, people were hurling food and other things at me on the stage and we had to go back to the dressing room.”
But besides his work with Jackson, Downing, with the Poe Cats cut lots of tunes on their own and that’s what’s on this collection. Domino’s influence is apparent on several of the tracks, as is Little Richard’s. Los Lobos fans will recognize “Georgia Slop.” Basically this album is full of every I love about early rock ‘n’ roll. Big Al is one of the great under-recognized heroes of the era. 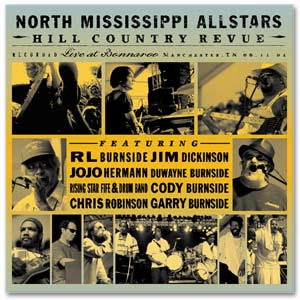 * Hill Country Revue: Live at Bonnaroo by North Mississippi Allstars. This live set from the 2004 festival in Tennessee is a gathering of the Dickinson (Luther, Cody and daddy Jim) and the Burnside (R.L., his sons Garry and Duwayne, and his grandson Cody) families plus some friends like Othar Turner’s Rising Star Fife & Drum Band (featuring the grandchildren of the late fife master), Chris Robinson of the Black Crowes and others.

What they produced was a magic mix of blues, Southern rock and some Dixie-fried psychedelia. “Psychedelic Sex Machine” is just loads of fun. But Jim Dickinson’s version of “Down in Mississippi” (written by J.B. Lenoir, but a signature song of the elder Dickinson) might be the mightiest version he ever did. 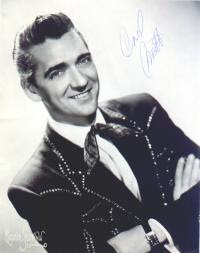 * The Essential Carl Smith 1950-1956. This honky tonk giant toured with Hank Williams, who got him his first appearance on the Grand Old Opry in 1950. He married June Carter before Johnny Cash did (Carlene Carter is his daughter). And when he died last month, The Nashville Tennessean in his obit used an old quote from Waylon Jennings: “From the minute he came out, I wanted to look like him, tried to comb my hair like him and learned every song he ever recorded.”

This collection of 20 songs from 1950 to 1956 makes you realize what Waylon was talking about. You can hear Hank’s influence in songs like “Trademark” (which was co-written by Porter Wagoner) and “Are You Teasing Me” (a Louvin Brothers song). Meanwhile songs like “Go Boy Go” and “Back Up Buddy” (“back up, buddy, don’t you come any closer/I know you want her, but the answer is `No, sir’ …”) sound as if they were recorded right on the border of honky tonk and rockabilly.
Plus: 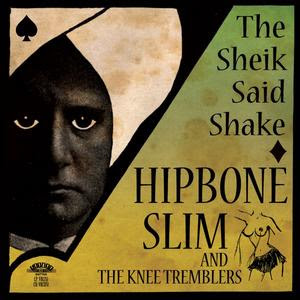 * Most of The Sheik Said Shake by Hipbone Slim & The Knee-Tremblers. Allright! Voodoo Rhythm last month quietly added a bunch of albums to eMusic including some relatively new ones (The Pussywarmers, The Movie Star Junkies and the latest from King Automatic and The Guilty Hearts).
This is Hipbone Slim’s third Voodoo Rhythm album, released a couple of years ago. Like his previous albums is dangerous sounding British psychobilly.
So far I don’t hear anything quite as snarling as the title song ofSnake Pit or as catchy as “What Do You Look Like,” Sir Bald Diddley’s duet with Holly Golightly on Have Knees, Will Tremble.

Still, it’s irresistible. I’ll definitely pick up the rest of this album when my account refreshes next week.

And (speaking of the rest of an album) …

* The remaining four tracks from tracks from No Requests Tonight by The Devil Dogs, which I didn’t get last month. It’s good and rocking, though my favorite track on the album still is the cover of Sonny Bono’s “Laugh at Me.”