This is the season that I try to be the first kid on the block to beat out the barrage of those end-of-the-year lists from critics and pundits. Here at No Depression, and other like-minded music websites and magazines, the official music polls from readers, contributors, and reviewers will be coming in December. Had I been born a betting man, I’d lay down a few hundred bucks that there’ll be little variation or surprises between any of them. Ever since the term roots music has morphed into a more definable mainstream “Americana” tagline, diversity has seemed to have left the building. While you won’t get much disagreement from me on the quality and depth of music that has been released so far this year, it seems that I continue to find myself taking the road less traveled.

This year it feels as if I’ve been walking down the dark side of the street, whether we’re talking about  art, culture, politics, or simply life in general. There were health issues to deal with and the loss of a parent. I’ve found myself constantly concerned for my children that a madman lives in Washington who is one button away from annihilating the planet when he’s not chipping away at the fabric of our society by normalizing the abnormal. From the racist cries of “blood and soil” to an unjust justice system that tips to white skin and wealth to revelations of what we already know … that bad men do bad things to women and children … and to all the other natural and human disasters we’ve lived through so far, I’m only finding shelter by cocooning with music, books, and video.

So with that bright and shiny preamble, here’s some of my favorite aural oddities and mainstays for the year. As always, I use a different yardstick to measure and compile my list. This is what I have either discovered or gravitated to, undefined by such things as release dates. Whether it was brand new this year or merely recycled from the past, who cares?

I wish he would have titled one of his albums Pastrami on Ry, and I’m sorry that for most of his career I’ve largely ignored his solo work. Aside from a seemingly infinite number of songs he’s done session work on for others, the only albums I’ve really known inside out have been two from the ’70s: The Gabby Pahinui Band Volume 1 and his solo Bop Til You Drop. So now, thanks to the magic of touch and click streaming, I’m making my way through everything else. While skipping around and sampling from this era and that, I’m spending most of my time with Paradise and Lunch, Into The Purple Valley and Chicken Skin Music.

Straight out I’ll tell you that I really, really miss Garrison Keillor and it just ain’t the same without him. And while I know he’s trying his hardest and still growing into his role, Chris Thile’s voice reminds me of Opie Taylor and he’s yet to hone his comedic skills with timing and inflection. But on the other hand, he’s doing an amazing job at making great music with that killer band he’s assembled and presenting exceptional guests week after week. He’s going down the right path and my only suggestion would be to please stop referring to Sarah Jarosz as “inimitable.” Dude … why continually state the obvious?

I got a chance to see David and Gillian right before the release of Poor David’s Almanack, and it was the first time I’d ever seen them live in concert. Tickets have always seemed to get swallowed up the minute they go on sale and my budget doesn’t include StubHub. After 21 years of being a devout fan of their partnership, each and every note, song, and harmonic moment gave me a night of multi-orgasmic goosebumps.The album is simply perfect.

In September these two bands reunited as The Freakons and performed two nights in Chicago. Monica Kendrick for The Reader broke the news about a new album they’re now recording. She wrote that it’ll consist of “traditional songs about an industry that links the English Midlands, the Welsh valleys, and the ‘dark and bloody ground’ of Appalachia: coal mining. Haunting tunes in that vein came from both sides of the pond, and the Freakons take them on in the high-lonesome, rabble-rousing tradition of late West Virginian labor singer Hazel Dickens. Proceeds from the album, when it’s finished, will benefit Kentuckians for the Commonwealth, a grassroots organization that promotes voting rights and opposes mountaintop-removal mining.”

Gotcha … right? A Brazilian singer-songwriter and multi-instrumentalist, Amarante is a member of Los Hermanos, a band that still plays live but hasn’t recorded since 2005. He partnered with The Strokes drummmer Fabrizio Moretti and American musician Binki Shapiro, who in 2008 released an album on Rough Trade as Little Joy. In 2015 he wrote and recorded “Tuyo,” which has been used as the theme song for the Netflix series Narcos. It’s an earworm.

The ten songs on Treasures Untold were recorded live at a private event in Cologne, Germany. The album features six American folksongs and four originals. Brosseau was born and raised in Grand Forks, North Dakota, where in 2007 the mayor awarded him the key to the city. I think about that often. Since 2003 he’s lived in Los Angeles, has recorded a bunch of albums, and toured Iceland. Well … other places too.

I don’t pretend to understand her and I don’t listen to her albums. But I’ve seen her perform twice and she is the modern-day Nina Simone. Undefinable and undeniable.

He celebrated his 68th birthday last March and has released 29 albums, two of which came just this year. The first was his tribute to his old friends Ian and Sylvia, and now he is out on tour supporting Folk Hotel, a collection of originals. While I’ve been enjoying both these last few months, this song was my first introduction to Russell and remains my favorite.

Down that dark side of the street we’ve lost too many folks this past year. I’m not going to list them all here, but we’ll close it out with this … a tribute to them all.

You can follow me here at No Depression to get notified when I’ve added something new. Many of my past columns, articles and essays can be accessed at therealeasyed.com. I also aggregate and post daily on my Facebook page The Real Easy Ed: Americana Roots Music Daily. My Twitter handle is @therealeasyed 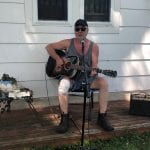 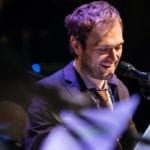