Yellow Grass confirms that Americana has permeated practically every crease and crevice of the civilized world. Based in the Netherlands, the band exudes an eternal Laurel Canyon aura, and that’s their intent­. When core members Pepijn van der Burgt (vocals, guitars, dobro, banjo, piano), Nienke Cusell (vocals), and Bram Wesdorp (vocals, acoustic guitar, dobro) originally met one another at the Conservatory of Amsterdam, their goal as a band was to filter their classic core influences into an archival sound they admired from afar.

“We have been fed all kinds of music since we were young,” Nienke explains. “Bands like Fleetwood Mac, Eagles, Venice and Crosby Stills & Nash have been a great influence. Modern day artists like The Tallest Man on Earth, Civil Wars, Forest Rangers, and Ben Howard have also inspired us to make the music that we do. So did the soundtrack from the movie O Brother, Where Art Thou – an amazing film.”

While a listen to the band’s debut disc, More Than You Should Know, finds the aforementioned influences in full focus, the overall sound reflects more of a rootsy regimen. Leaning mostly on acoustic instrumentation, songs such as “Man the Roads,” “It’s Time,” and “Holes in my Pocket” are embossed with sepia-toned imagery, as if plucked intact from rural Appalachian environs.

Not surprisingly perhaps, there’s also a spiritual core that inspires this communal combine. Asked about their ambiguous moniker, Nienke offers a wistful explanation. “I’m the one that came up with it,” he says. “For me, one of my happiest childhood memories was running around, playing hide and seek in the yellow fields in the summertime. It was an image of the sun going down, and feeling totally carefree. A feeling of happiness, melancholy, and freedom.”

Given that mostly sunny explanation, this self-penned description of their musical intents, as detailed on their website, seems in perfect sync. “Whether you are dealing with a broken heart, a manic lust for life, situations of messy adultery or other random misery … or just want to be surprised by music of implausible beauty, Yellow Grass leaves no soul untouched. A warm sound, homesick for times long gone, remarkable people and forgotten lovers, filled with the musical baggage of three extraordinary musicians.”

Okay, if the explanation seems a bit over the top, you have to give them credit for immersing themselves in the music. There’s also the possibility that it might have gotten muddled in the translation. Nevertheless, their homespun sound leaves little room for ambiguity. It’s centered in Americana’s universal appeal, a draw that seemingly knows no boundaries or cultural divide.

“We actually see a trend that leads to more bands playing this kind of music,” Nienke notes, “like everywhere in the world. The nu-folk sound has reached our little country.”

As for their future plans, it’s clear that Yellow Grass plans to continue pursuing the path they’ve scoped out. “At the moment we’re focusing on playing as much as we can,” Nienke says. “We released the first album last November, and we hope to record a second album next year.” 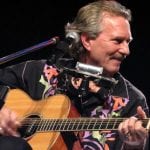 Born in the Lowlands, Hans Theessink Sings about the Dark Muddy