Drivin’ n’ Cryin’ keeps getting better with EP #4, Songs For The Turntable

Since Drivin’ n’ Cryin’ (DNC) started out on their journey through sound and space with the release of multiple EP’s they have kept fans and newcomers happy with the new music while simultaneously creating a want for the next EP. The latest in the EP line, Songs For The Turntable (Turntable) continues this pattern with five more NEW songs to quench the listener’s thirst. Continuing along the path of its predecessors, Turntable finds DNC mixing in sounds from bands and eras that influenced them while still keeping the songs DNC.

Kicking the album off is “Strangers”, which is something completely different. With a 60’s vibe to it, Kevn Kinney sings about trying to find an old friend/girlfriend and getting the cold shoulder. Where DNC songs are usually dominated by guitar licks they take the back seat on this one to some snazzy keyboard playing and Tim Nielsen’s bass.

An REM flavored “Turn” uses lyrics about getting old and calling it quits as Kevn sings about turning to look at your future and stop feeling sorry for yourself about the past. It is a pretty poignant song as DNC has embraced the future creating a modern day renaissance for them of late.

“Roll Away The Song” utilizes jangly guitars and an infusion of folksiness on this mellow track. The sound slowly becomes bolder as keyboards are added before coming to a close. Another reflective song, Kevn sings about trading in yesterday for tomorrow. With lines like “I left a lot of yesterday on the stage, you can hear it in the morning being swept away” this song is one of the best tunes to show up on a DNC record.

Sticking with the mellow jangly guitar DNC channels their inner hippie with “Love Is The World”. This laid back tune preaches “love is the world’s morning dew”, making everything alright. It shows that the band has the ability to write more than bad ass rock tunes.

They close things out with a bad ass rock tune. Nasty guitars blast listener’s ears on “Jesus Christ” delivering the sound we have all come to love from DNC. The bluesy tune isn’t preaching nor blasting the word of ‘JC’ but ranting about the people that use/bend his word for their own personal gain and not for what it was meant. It is a pretty deep tune for such a filthy rock track.

Five more tunes from Atlanta’s favorite sons, Drivin’ n’ Cryin’ is an awesome start to the New Year. The tracks on Songs For the Turntable may be a bit mellower than the other EP’s but they are all just as good. With this 4th and supposed last EP getting ready to be released what is next for Drivin’ n’ Cryin”, hopefully more new music and more great shows. 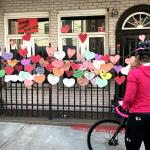 In Atlanta, An Effort to Prevent a Piece of Country Music History from Wasting Away