Doug Paisley – “What About Us?”

1. Don’t let the organ intro or the odd cover art fool you: Doug Paisley knows heartbreak, and he knows it well. This song, from his self-titled first record, might be the saddest thing I have heard in a while, and that is not a bad thing. Paisley defines country slightly differently than the average singer, but the emotional payoff hits just as hard. Employing fellow Canadian Garth Hudson to man the keys, the sonics of this song serve as a thin disguise to what lies beneath.

2. “What about us?” Paisley pines, likening the salvation of his relationship to “drawing the impossible from the air.” He implores his other half to consider staying “in spite of all the reasons and the cares”, only alluding to the history that has brought them to this point. Showing the distance that has grown between them, Paisley admits that he understands his partner “the best [he] can”. Talking a self-deprecating tack, he admits that he just doesn’t believe, even proclaiming that he will “never learn”.

3. This song seems in many ways like it doesn’t make sense — the thoughts don’t seem fully developed, Paisley seems a bit here and there. In that confusion, however, Paisley manages to sum up the feeling of heartbreak, where nothing quite makes sense, and one ends up grasping at excuses in vain, trying to make something work. This track is probably most reminiscent of something from Phases and Stages: concise, brutally honest, and devastating. It is refreshing that someone in country music understands what it means to really feel broken down, like Doug Paisley conveys in this track. 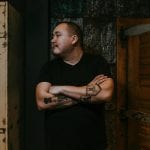