In what’s becoming an almost daily exercise, I’m sad to report the passing of Dick Clark. Host of the American Bandstand television show, producer, promoter, radio DJ, personality and from all accounts a pretty nice guy.

“Longtime TV host and powerhouse producer who changed the way we listened to pop music with “American Bandstand,” and whose trademark “Rockin’ Eve” became a fixture of New Year’s celebrations, died today at the age of 82.

Born in Mount Vernon, N.Y., on Nov. 30, 1929, Richard Wagstaff Clark began his lifelong career in show business began before he was even out of high school. He started working in the mailroom of WRUN, a radio station in upstate New York run by his father and uncle. It wasn’t long before the teenager was on the air, filling in for the weatherman and the announcer.

Clark pursued his passion at Syracuse University, working as a disc jockey at the student-run radio station while studying for his degree in business. After graduating in 1951, Clark went back to his family’s radio station, but within a year, a bigger city and bigger shows were calling.

Clark landed a gig as a DJ at WFIL in Philadelphia in 1952, spinning records for a show he called “Dick Clark’s Caravan of Music.” There he broke into the big time, hosting Bandstand, an afternoon dance show for teenagers.

Within five years, the whole country was watching. ABC took the show national, and “American Bandstand” was born.”

My sister Linda and I used to watch American Bandstand every day after school from our home in Northeast Philly. It broadcasted from the TV station down around 46th and Market Sts. if I remember correctly, the same place that the Big Top appeared…a circus back in the day. She was/is six years older than me, so when she was attending Lincoln High School there were quite a few of the regulars who she knew or were friends of friends. I remember her dancing to the music like thousands of other teenage girls, hanging onto the banister of the staircase as her make-believe partner. She bought 16 Magazine religiously to keep track of who was dating whom, what the new hair and clothing styles were and about the artists who appeared on the show. In the late fifties and early sixties, this was our MTV, our American Idol, our internet and our view of the world beyond the suburban lawns.

Clark with his squeaky clean image and backed by ABC who picked up American Bandstand and his Saturday night program for syndication, managed to escape the payola scandals of the day where radio DJ’s like Alan Freed were pulled in front of Congressional hearings and forced to admit that they took money in exchange for playing songs on their shows. Those folks got nailed on tax evasion and, as was the case with Freed, lost their jobs and faded away. Other jocks were relegated to small towns and had to wait until the scandal blew away before they could return to the bigger cities and stations. In the case of Dick, he was partners in a publishing company and had a piece of a record label, all of which were passed on and signed over to a couple of guys I ended up working for back in the seventies. A lawyer and an accountant managed the properties that were once his, which was how he maneuvered his way around actually taking a fistful of cash. Nevertheless, like what still goes on today in the shadows of the business world, taking money or products in exchange for promotion was something everybody did. Some got caught, some went on without being touched.

My only two brushes with Clark were during the ACM awards….Academy of Country Music…which he created and produced for TV. He ran those shows like a congenial general, keeping it moving and on time. I think the last time I saw him onstage was the night Garth Brooks took home a ton of metal while the city of Los Angeles exploded in fire and riots at the Rodney King trial close. He was cool. calm and collected and hardly anyone was aware until it was all over that LA was burning down.

Sometime about fifteen years ago I had an idea for an oldies series of compact discs, and got the chance to pitch Dick on the phone to license his name and image for the package. I was also looking for funding. Wrong. Although he was so easy to call and get on the phone, and he was as nice as could be, he explained that he never spent his own money, and only used other peoples. He might have made a little less in the bargain, but he held zero risk. A smart man this Dick Clark.

If you’re here this far, and are wondering why we should give a damn about Clark and his American Bandstand, it’s because for the three plus decades he ran the show, he exposed generations to new music from all over the country. He was able to transcend the small town bigotry to rhythm and blues, and give it a national stage. He took regional artists who were only known in their own backyards and introduced them to millions of viewers. He did it with a smile, he treated every artist with respect. Everyone on his show got a fair shake. He was a huge contributor to the soundtrack of our generation, and hung on to the very end. Perhaps you’re not a fan of his Rockin’ New Years Eve…I know I never took a shine to it. And seeing him for the past couple of years struggling to speak after suffering his stroke was never easy on the memory chip. But I think in the end, he’ll be remembered for being one of the good guys. And so we send him off in peace. 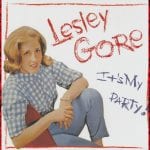