When a rock star dies young, in sad and mysterious circumstances, their works often become mythologised. That’s particularly true of Dennis Wilson and the once-rare Pacific Ocean Blue. Yet, despite the bullshit surrounding it, this remains a fine album, writes Neonfiller.com’s Rob Finch.

Even for those non-Beach Boys fans out there, it’s worth plunging into these azure shallows of 70s mellow rock. But the fans should be warned: this is no early classic rock n’ roll era Surfin’ Safari, nor is it anything like the awesome experimental Pet Sounds era. It really doesn’t sound like any Beach Boys album you’ll have heard (even the later ones).

Indeed, the purity of the Beach boys harmonies are a million miles from the haggard soulfulness of the boozefucked mid-70s Dennis Wilson. The middle Wilson brother’s inner struggle eventually outstripped the more famous Brian’s own mental and cognitive implosion – and his tale was sensitively portrayed in the recent BBC 4 documentary, Dennis Wilson: the real Beach Boy (available episodically on Youtube).

The ocean really is at the heart of this record. But unlike the overt faux surfy themes that created so many great earlier Wilson/Jardine/Love tunes, in Pacific Ocean Blue the sea appears as a meditiative theme of the record – not a concept or cheap gimmick. It’s actually cocktail of an album of love, loss and soul that is infused with warm salty liquid lushness. On paper it shouldn’t work. This is a washed-up 60s band drummer going solo in the glam rock/pop era at the dawn of punk. Now-unfashionable blues, gospel, synth and a host of other influences place this album squarely in the 1970s. Yet Pacific Ocean Blue has somehow achieved a timeless quality. And I think what makes it work so well is the over-riding feel of the record being made by a repentant bad boy with time to think. Dennis Wilson may have been the George Best of rock n’ roll, but his aimlessness, his rootlessness, his anchorlessness, actually meshes this album’s material.

Dennis – the surfer, the slacker, the boozer, the shagger – spent more than five years putting this together. Maybe it matured in whisky, but that time was well worth it. Nothing demonstrates this fact that two of the best tracks never made it to the original 12-track LP and remain as instrumentals on the reissued 16-track CD version. I have to admit to being deeply moved by the instrumental Holy Man. The opening piano chords make the hairs on the back of my neck stand up. There’s a deja vu in it. I feel like I heard these synths on one of my dad’s old LPs (I almost certainly didn’t as it was never released). The only comparison I can find is a defunked sound of The Commodores classic instrumental, Machine Gun. The other fine instrumental, Mexico, is a simple hispanic piano/acoustic/trumpet combo. It updates flavours of Rodrigo’s Concerto D’Aranjeuz, that could easily – but never does – stray into Herb Alpert territory. 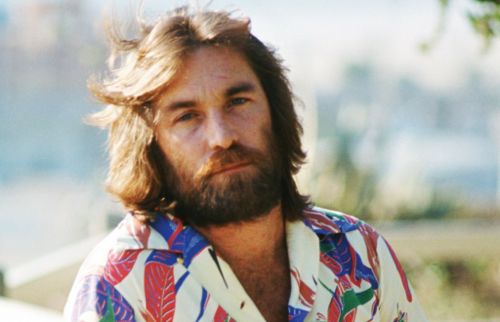 Although I initially had my reservations, Pacific Ocean Blue is one of those rare albums that grows incrementally more beautiful with each listen. The originally released tracks meld Wilson’s influences and suffuse them in balmy Californian currents. Tug of Love (Feel the Pull) is beautifully sad and is the most Beach Boys-like in it’s harmonics. As the track progresses it becomes a synthy spiritual that could just as easily have been among the late 90s efforts of J. Spaceman.  At other times – the start of the blues-y Friday Night for instance – there are hints of maybe The Doors, or perhaps even a foretelling of Dire Straits (shock! Horror!), while at the same time it evokes a thunderous oceanic tempest, as well as inner turmoil. Clever.

Sadness is truly available in bucketloads here, especially with Thoughts of You, a song that pulls the heartstrings. Ending with the line, “Silently you touch my face”, it could be a love poetry, a break-up line, but which just makes me want to burst into tears in the context of his subsequent untimely death.

The title track is definitely the most upbeat-sounding of the album. Yet, while the name superficially suggests a vivid seascape, the theme is heavily borrowed from the more overt Beach Boys track Don’t Go Near The Water. In fact, the line “It’s no wonder, the Pacific Ocean is blue” is one of the weakest on the album. Perhaps the upbeat feel was a sop to the record company to give them a  single from what is, very much, a selection of tracks designed to be an album. 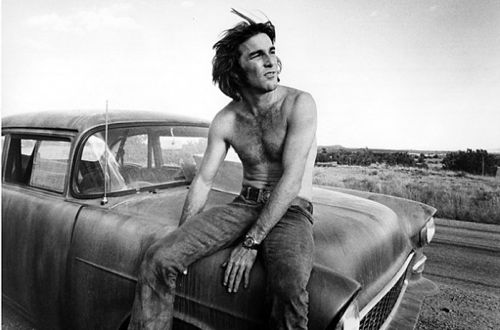 That album feel is firmly established by the Side A opening track, River Song, an intensely soaring glam rock-spiritual. It’s another flaw of the album that there’s too little of this epic spiritual influence and too much mid-70s glam boogie-woogie zeitgeist-surfing influence at play. Conversely, the blues-y Dreamer with its funkhorn, Isaac Hayes like interludes could have been recorded in no other decade than the 1970s. And that’s a very good thing.

While Pacific Ocean Blue is a child of its time, all the songs remain fresh and there’s something that’ll appeal to almost any music lover. The album comes complete with, not a wall of sound, but maybe a warming, embracing sonic air curtain. It’s many-layered quality has stylistic echoes down the decades to later artists. Time has an almost Radiohead-like clanging changeability, yet is still an orchestrated lovesong. The Flaming Lips may owe Dennis Wilson a good deal, while Playground Love, the first track of Air’s Virgin Suicides soundtrack is a near facsimile of the minor key intro of End of the Show.

On it’s 1977 release, Pacific Ocean Blue only flirted with the US Billboard Hot 100 for a few months and then disappeared into obscurity and deletion. This inevitably contributed to some of the hipsterish have-you-heard-ism. Ultimately, so did the fact that six years after Pacific Ocean Blue was released Dennis Wilson was found drowned – allegedly in the foetal position – in that self-same blue water at Marina del Ray, behind Venice Beach in Los Angeles. He was just 39.

Please don’t glibly believe the hype about this record. Just listen to it. Immerse yourself in the warm ocean and let yourself drift.