Julie Doiron – so many days

The weather outside’s been awful, dark and hurting for weeks now.  I’ve had to walk away from the leak in the basement, the car engine’s knocking and the tires are held together by a thread.  Still, I’ve been driving around a lot because hanging around the house too much reminds me of all our money troubles, the boxed up office downstairs and all the things I should be trying to do to make things better.

None of this is very interesting, I’m sure except for the fact that while I’ve been driving, I’ve had only two CDs to listen to because the disaster area that was once my studio office has been strictly out of bounds for several days now.

It’s been a good reminder of what life used to be like in the years before I wrote about music for a living and didn’t have to try and absorb up to a dozen new albums a week.  In those days, I spent weeks and months listening to a record over and over again, getting to know every verse, riff, crack and pop in every song.  It also makes me appreciate how some of my friends only have a few albums that they love and listen to all the time.  I’d be happy to give any of these friends copies of Lee Harvey Osmond’s, ‘The Folk Sinner’ or Julie Doiron’s, ‘so many days’ because they’re both those kind of records, the ones that stay with a person and that probably won’t get old, dated, and embarrassing with the passage of time.

After a few long trips around the province, Julie, Lee Harvey and I have settled in pretty well and have become comfortable if very weird travelling companions.  They’re solid. They’ve both been around the block quite a few times, Julie as a solo artist and as a member of the wonderful, Eric’s Trip, and Lee Harvey (in his secret identity as Tom Wilson) has been a member of Junkhouse and Blackie and the Rodeo Kings for longer than I can remember.

I put on Julie’s album first, but I wasn’t in the right mood, and nothing was sounding right to me, so I popped in ‘The Folk Sinner’ and I was hooked from the first reverberating bass note of ‘Oh Linda’ the album’s opening track.  From there on, it was music heaven and I felt like a teenager again.  How long has it been since anyone’s recorded as perfect a drive down the highway rocker as ‘The Devil’s Load?’  Never mind that it clocks in at 2 minutes and 43 seconds, which I just read somewhere is the ‘perfect’ length for a radio single, or that he’s got the guts to lift and mess with JJ Cale rhythms to propel the song even though they’re so uncool.  It’s a great song and I shouldn’t think about why, but I will.  Maybe it’s because his singing takes me back to a time when Roy Orbison sounded dangerous.  Maybe it’s because when Margo Timmins sings on ‘Deep Water’, she sounds dangerous again, too.  Maybe it’s because when her brother, Michael Timmins from the Cowboy Junkies who produced the album, plays guitar on several of these songs, he sounds deeper and darker than he has in a long, long time.  Or, maybe it’s the great performances from all the other women who sing on the album like Astrid Young (yes, Neil’s sister), Oh Susannah, and the Sadies that will grab you first.  Whether it’s the end of the world cabaret of ‘Break Your Body’ or the ‘drag your pain to town’ lyrics of ‘Honey Runnin’’ that turns your crank, it’s hard to imagine anyone not finding something on ‘The Folk Sinner’ to help you fly right down the highway to wherever you’re headed.

I guess I had more pre-expectations and came with more baggage when I first put ‘so many days’ on the car stereo.  I’ve loved Julie Doiron’s music for years, but this one sounds different, more immediate, and brave than some of the downtempo stuff she’s recorded in the past.  Once I got over that and didn’t expect her new songs to sound like the old Wooden Stairs stuff from a decade or so back, I really started to groove on what she was doing.  She takes on a lot of difficult themes on this album and doesn’t really seem to give a shit about how she comes off when she describes relationship disasters and her ongoing need for love.  Songs like ‘Another Second Chance’ and ‘The Gambler’ go out on a limb emotionally without copping out by resorting to maudlin clichés or structures to resolve them.   She sings what’s on her mind, and I found myself agreeing that we all need someone to lie down beside us, and if no one is there, lie down by the lake on a rock, straddle it like a lover and take comfort there.  At times, Doiron’s bare need and desire is enough to stop traffic, and I had to pull over the car to the side of the highway more than once while listening to this album.

It’s been a week since I’ve listened to anything else in the car, and the way I feel today, I’ll be kinda sad when I can take all my other CDs out of their boxes and find something new to play.  I don’t even want to touch my itunes library because I feel like I’ll lose something – maybe a kind of feeling of purity that listening only to these two albums have given me – if I do.  They’re not all that similar Julie Doiron and Lee Harvey Osmond, other than they’re both Canadian, I guess, but both of their albums get me to a similar place.  Maybe it’s that each of them likes to sing over minimalist arrangements, sometimes there’s nothing more than a bass to support them.  Maybe it’s that both of them make music that’s rolling and scary, dark, loose limbed and funny all at the same time. Maybe it’s the rain, wind and terrible visibility outside of the car that makes the whole universe seem dark, hollow and booming.  Whatever it is, I can’t get enough of either of them.

I don’t think I’d wish my present set of circumstances on anyone.  Losing my office, even temporarily, has been inconvenient, off-putting and expensive.  But, I also know that if it hadn’t happened, I’d have just been zipping through CDs at the speed of light and probably wouldn’t have given either of Julie Doiron or Lee Harvey Osmond’s albums the time that they so obviously deserve.  It makes me wonder how many other of the over 300 CDs I’ve been sent this year are just as good and are criminally gathering dust in what used to be my basement.  It’s a question that could drive a person crazy, but instead of going there, I think I’ll take the car out and listen to ‘so many days’ and ‘The Folk Sinner’ again.  I can’t wait.

This posting originally appeared at www.restlessandreal.blogspot.com
Sign up for free updates 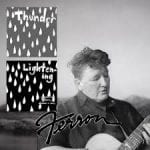 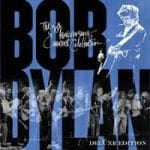