Dan Baker – Pistol in my Pocket

Dylan, Waits, Cohen, Prine…Baker. Dan Baker is a songwriter from the Boston area who has been kicking around for a bit. A man who writes about the environment around him and transforms every day observations into brilliant works of poetry and song, sung out with an inspired guitar picking style and a gruff, grained voice weaving tales of loss, heartache, tenacity, and triumph…but it’s really the sad ones that get me every time. His first two albums have become staples in my collection. Beauty through despair seems to be a common thread in his writing, and in my eyes, are the type of songs that strike the deepest chord with me. The type that really digs deep into my heart, tears it out, and then puts it back gently, you know, just so I feel a thing or two. But, Baker creates beauty through his craft regardless of the sentiment he uses to conceive it. This is truly just the pinnacle of great songwriting.

Dan’s latest effort “Pistol in my Pocket” stems from his time living in Chelsea, MA…just outside of the city of Boston. His description of the town as “A place littered with factories, oil tanks, and pot holes… surrounded by great heaps of salt and scrap metal” really shines through in the thematic sense and gritty, yet subtly warm, textures used throughout the record. One thing is for certain, he has succeeded in arranging a collection of songs that are emotive of a place that exists in most every major city and folks can relate to on a profound level. 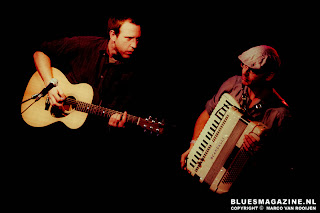 There is a good mix of dynamic and diverse material contained in the records 10 songs. Two of which are a bit more uptempo than I have previously seen Baker demonstrate, which I thoroughly enjoyed (see this video for another old example of Dan getting down and funky on the electric guitar http://www.youtube.com/watch?v=OM-NOHJ0LuI). Those two tracks come in the form of “Threw me Down the Well” and “What I’m Looking For”. “Well” kicks off with a lonely, tremolo’ed up guitar and Baker’s signature snarl, and then when the band kicks it, it’s really on. Singing with a sincerity and fervor endeavored by many, but only realized by few. The song just has that killer hook “you threw me down the well, threw me down the well, threw me down the well” that it resolves on each time through that is going to stick in your head for long after the record resets. Dan just has a truly remarkable and unique voice that may not be “pretty” by the usual standards, but every so often he just hits these notes that really gleam and you want to keep listening to him to hear that distinctive sound. “Looking For” jives in with a super funky groove. This tune just has so much feel and movement to it. The instrumentation is awesome, with a little overdriven guitar, some organ, a strong drum beat and the thumbing drive of the bass.
“Up on the Roof” is a ballad of sorts. It’s lonely, it’s cavernous, and it’s raw and heartfelt. His voice floats gently about a soft piano line, the empty space being filled just enough to let you inside and have the ambiance seep into your pores. It’s a bit haunting, a bit gloomy, and heartbreakingly poignant. I don’t know, I just believe everything he says and feel whatever this dude is feeling when he plays his songs.
Up here on the roof, I can see the bridge and the river / birds flying, see cars going by

Another one of those tracks that just sits with me (well, all of them really do, this record is all around fantastic) is “Coming Home”. It has a great chord progression that goes somewhere I don’t expect it to, which is a great surprise. Again Baker’s ability to take simple phrases and mold them into a fantastic song is prominent in this track. The opening line “this goddamn couch, hurts my back / there’s nothing on for me to watch”, straight to the point, candid, bluntly stated, and wonderfully successfully on execution. It also breaks down into a beautiful space with the piano the always electrifying violin work of Rob Flax. Effectively thought arrangements and extremely well-executed playing throughout this track make it a superb listen. 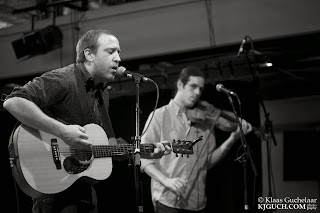 I could go on all day about what is right about this music, but I’ll spare you that. What this record really boils down to it Dan Baker just keeps getting better and f***ing better at songwriting. He writes with a neat and graceful simplicity that is purely captivating. Its emotionally driven, illusion provoking and thoughtful music. He isn’t sitting on his couch with a guitar and a thesaurus and I think that is why much of his writing is so relatable and enthralling. You literally hang on every word he writes. He annunciates in such a way (with those sporadic “woooo’s” and voicings) that is just so interesting and unique you can’t, and don’t want, to turn a deaf ear at. Raw emotion, mood, and energy just pour out of this artist and it’s displayed firmly both in his recorded and live performances alike. “Pistol in my Pocket” is absolute and pure genius. A stunning success and a work of art. Pick this record up immediately if you have not already because I have a feeling that even 25 years from now people will be listening to the stuff Dan is releasing today and be saying “man, why don’t songwriters create songs like this anymore?”