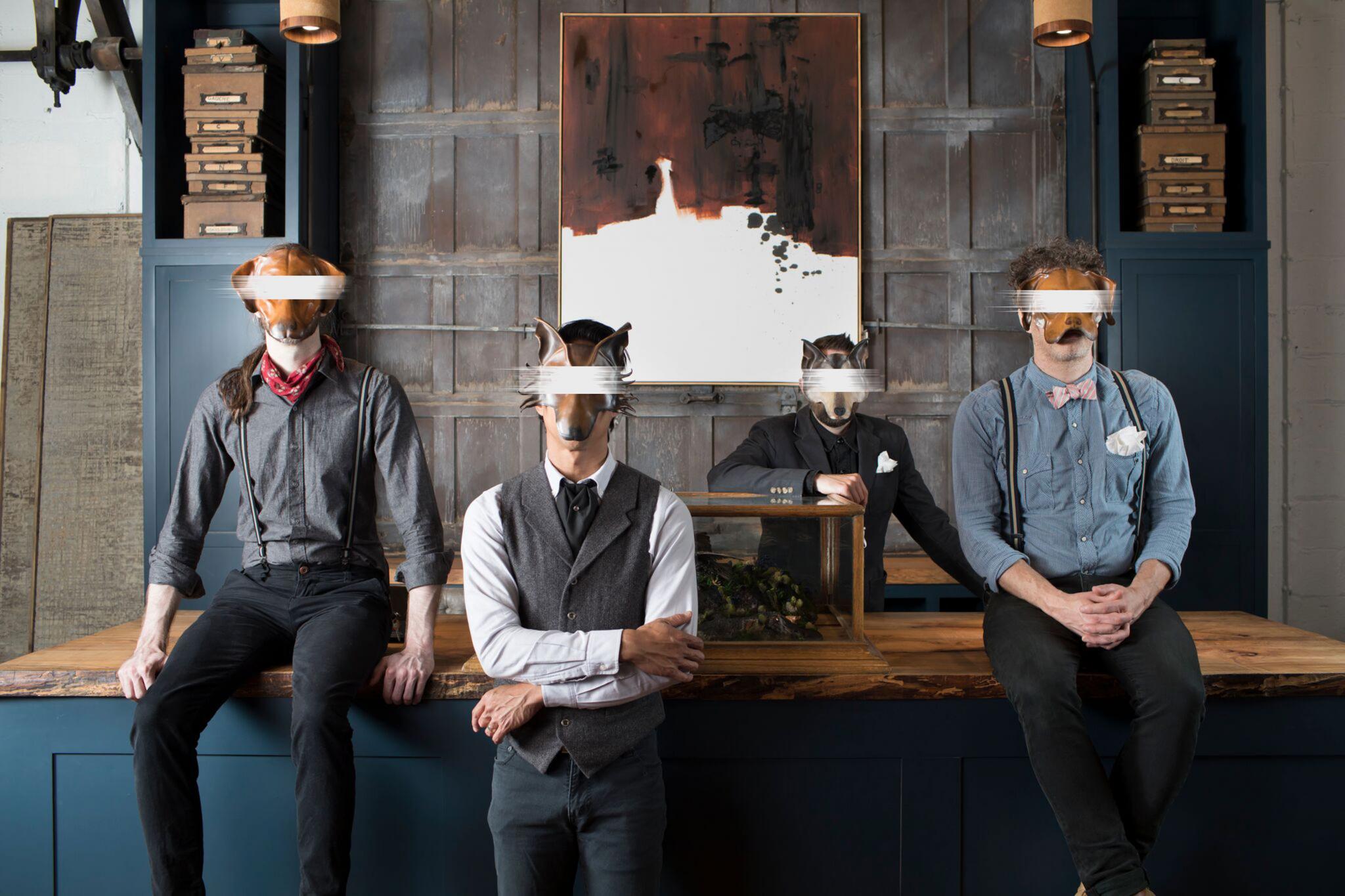 My past few columns have been themed around a certain subject or type of artist. This wasn’t intentional. Instead, it seemed that once I found one Christmas album or EP release, I found two, then three, and then I had a theme. This week, I am going back to my Crowdfunding Radar roots, featuring three projects that have nothing at all to do with each other except they all caught my interest. Two are from established, but still young, artists and one is from a long-time favorite who is doing a double release.

Quiet Hounds – Everything Else Is Noise (click here to view project)
Atlanta’s Quiet Hounds have been around since 2011, but have somehow evaded my notice until I saw the dog-masked photo that adorns the Kickstarter campaign for their sixth album Everything Else Is Noise and clicked through out of curiosity. I’m glad I did. A quick YouTube dive into their catalog revealed a band that is hard to classify, but a lot of fun to listen to. From one song to the next, you might get harmonica-driven folk rock, spacey dream pop, or a fuzzed-out indie blaster. The band is selling Everything Else Is Noise as a more kinetic counterpoint to their melancholy 2017 release Characteristics of Living Things. At the time of this writing, they are almost 80% of the way to their $8,500 goal with time to spare, so Atlanta is obviously more in-the-know than I am. Backer rewards include the album in digital or CD formats, a digital download of the band’s cover of Cyndi Lauper’s “Time After Time,” a bundle with signed copies of previous albums, an album art print by Rich Panico, and a handcrafted hound mask like the band’s.

Thunder and Rain – Passing in the Night (click here to view project)
Unlike Quiet Hounds, I had heard of Thunder and Rain before a friend pointed me to their Kickstarter campaign, but I didn’t know I had. Once I began researching them, I found a familiar folksy retooling of Guns N’ Roses’ classic “Sweet Child O’ Mine,” complete with Slash-worthy dobro-into-mandolin solo, that I remember being sent a while back because the Venn diagram of me has a pretty significant overlap in the areas of hard rock and mandolins. Now the 2014 RockyGrass band competition finalists are taking to Kickstarter to fund their third album, Passing in the Night. They’re going all in, shooting for an ambitious $23,000 goal with an aim of supporting the album with high quality music videos. Backer rewards include the album in digital, CD, and vinyl formats; a signed art print; a music lesson with one member of the band; and a backer-only pre-release party.

Peter Case – Doctor Moan and The Midnight Broadcast (click here to view project)
I started my discussion of the first two bands on this list by admitting I either didn’t know them or only knew a little of their work. Not so Peter Case. I’ve been drawn to Case’s music since I first heard it, lured in by the undernotes of punk aggression in his acoustic music. So a new Peter Case album is something to be celebrated. Two new Peter Case albums is even better, and that’s what Case is funding via Kickstarter now. Doctor Moan will be a full-band electric and acoustic recording of all new and original material. The Midnight Broadcast will find Case finally laying down studio versions the blues songs that have become live show favorites. It will also serve as his tribute to Michael Wilhelm of The Charlatans, who passed away in May and was an early mentor for Case. The project has a $40,000 goal, which sounds ambitious but is fairly standard for a well-established artist when you break it down to $20,000 per album. Backer rewards include both albums in digital, CD, or vinyl formats; hand-written and annotated lyrics on art paper; and a house concert.