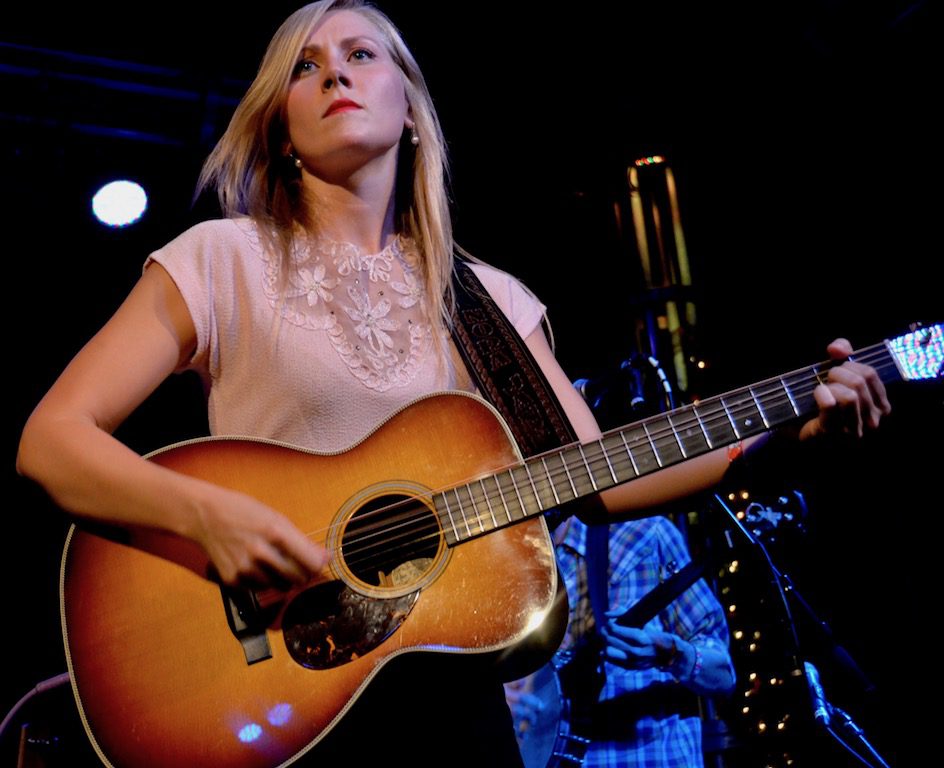 A few days ago, I was having a conversation with a musician acquaintance who was considering the pros and cons of crowdfunding a new album. The conversation eventually turned to the importance of unique backer rewards. Every campaign is going to have a few standards: the album in digital, CD, and possibly vinyl formats; T-shirts; and signed merch. But to lure in backers who will pay more than the $10-$30 of an album purchase, artists need unique rewards. In my time doing this column, I’ve seen those rewards run from a pin-up calendar of punk rock dudes in Bettie Page poses to the artist coming into your home to cook you dinner. This week’s three featured campaigns all offer some unique backer rewards in addition to the standard album formats. 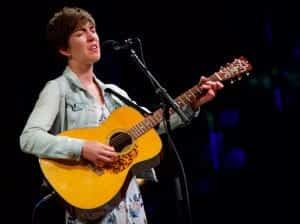 I’ve had the good fortune to see Maya de Vitry four times; three as a member of her former band, The Stray Birds, and once at AmericanaFest 2019 as a solo artist. Hearing the songs live, I came away excited to hear the new material recorded, and now de Vitry is running a Kickstarter campaign to fund How to Break a Fall. In the campaign’s launch video, de Vitry talks about how important it was for her to own the creative process and also her masters, leading her to create her own label, Mad Maker Studio. While de Vitry is offering most of the standard rewards, there are a few that I haven’t seen before. The first is an hour-long “interview.” While Skype chats are fairly common, this is different in that it is a true interview, with de Vitry sending you the same press info she’d send a journalist. You then get 30 minutes to interview her about the album, and she will spend 30 minutes interviewing you about your support of independent music. Interviews will be transcribed and published on her website. The second is a two-day tour of Nashville. Meet and greets are common, but this is a full immersion experience, including de Vitry picking you up at the airport.

Nora Jane Struthers – New Album (click here to view project)
Nora Jane Struthers hadn’t intended to record a new album just yet. She became a mother in December after years of medical interventions and the plan was to spend a little time before and after the birth of her child focusing on family. But then her longtime guitarist Josh Vana announced he was leaving the band, so Struthers pulled everyone together to get one last album with Vana recorded. Employing Neilson Hubbard, who also produced her last album, Champion, she has already recorded and mastered the album and is now running a Kickstarter campaign to fund the production and promotion of the album. In addition to the usual backer rewards, including vinyl, Struthers is going all-in with the independent artist theme, producing a number of items with “I Am the Label” printed on them. But the most unique backer reward is a riff on the standard Skype hang, offering not only the regular guitar or vocal lessons but also gardening and cooking for her non-musical fans.

Lexington Historical Society Colonial Singers – An Abundance of Pastime (click here to view project)
I have a great respect for artists who forge new paths and create something never heard before. But I also appreciate artists who preserve musical history. That’s the goal of the Lexington Historical Society Colonial Singers on their new album, An Abundance of Pastime. The Society has dug through its archives to recreate the closest they could find to the original versions of the folk music sung by settlers of the early American colonies, much of it never formally written down. To further the project’s authentic feel, they plan to record the album at Munroe Tavern, which was a British field hospital during the American Revolution. In keeping with this level of historical reverence, backer rewards are also suitably historical. You can get a tea towel printed with the recipe for a Colonial-era drink called “Flip,” a full-size replica powder horn, or a replica of Paul Revere’s famed “Midnight Ride” lantern.